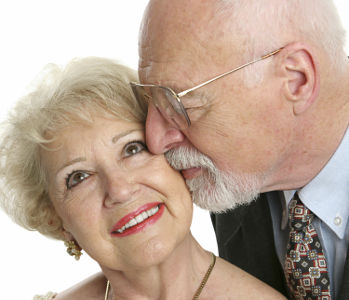 Are you still debating whether or not you should get back with your ex? Do you still have feelings but don’t know if getting back together is worth the hassle and time? Are you unsure if this next relationship will work or if you will encounter the same issues? As a relationship expert I know how critical this decision can be. I coach people every day that are willing to do anything to convince their ex to get back together!

So if you’ve recently been thinking “what’s a good reason to get back with my ex?” you have come to the right place to get some answers! I have seen so many relationships that felt doomed but which eventually ended up working out after an initial breakup; once the fear of loss kicks in, once certain people realize that they are forced to change or to evolve in order to stay with the one they love, anything is possible! Getting back with your ex could become the best decision you’ve ever made!

I still have feeling and that’s a good reason to get back with my ex!

You shouldn’t let your feelings or emotions dictate your actions, it’s a sure way of making a wrong decision; or later wonder how you let yourself get to a certain point! Don’t get me wrong I understand how important a role love and emotions play in relationships! But the fact of the matter is that if you and your ex broke up, something must have gone terribly wrong since you still love them.

What my experience tells me is that one of you failed to prove to the other that they could make them happy. Yes folks, stable relationships and the ones that are everlasting are the ones where both partners consistently trust that their significant other can make them happy in the long run. That’s the foundation of a healthy relationship; trust and happiness. So when considering whether or not to get back with your ex, focus more on their ability to make you happy rather the way you feel about them in that moment!

READ THIS
10 tips for not cracking while using radio silence

Because you’ve both learned from your mistakes

Don’t get me wrong, I am an advocate of love and root for those who are trying to get back with their ex on a daily basis. Nothing makes me happier then receiving an email from one of the people that I coach telling me something along the lines of “thanks for all your help Adrian, I’m back with my ex and it’s all because of you! As a matter of fact I received two such emails today, one from Dominique and another from Lara. Congratulations to both of you for your resilience and hard work, don’t forget to always continue to prove to your man that you are the one that can make them happy in the long run!

Those two ladies were able to prove to their boyfriend and husband that they’ve learned from their mistakes and that a future relationship will be different than the one they just came out of. It’s one of the best reasons to give it one more try; once you realize that your partner has understood certain things and is willing to evolve; it becomes difficult not to be willing to give it another shot.

You clearly loved your ex at one point or another but you grew frustrated by some of their behaviors or actions and lost faith in their ability to make you happy. Or vice versa; your ex may have broken up with you for the same reasons. But the point is that once you are able to truly understand what caused your negative behaviors and overcome certain character traits you can manage to keep only the good and do away with the bad. What’s not to like there?

To make sure that you have no regrets

Now that I’ve talked about one of my favorite things earlier in this article; I need to take a second to talk to you about something that pains me very much. Every so often people reach out because they want to get back with an ex; After we work together for a few weeks or a couple sessions it can happen that the balance of power completely shifts in their power and that it now becomes their ex’s turn to chase them around and try to make amends after having broken their heart. All that’s great and I am always happy to have been able to put them in position to accomplish their goal of getting back with the one they loved!

READ THIS
My ex called, should I answer?

What’s not as great is when those same people decide that they no longer want to get back with their ex once they have regained all the power; once their ex-girlfriend or boyfriend is begging to be forgiven and to have another chance some people have a change of heart because they are no longer in a position of weakness, fear or insecurity. I dislike it because the ex now has to live with a feeling of regret for a long time if not for the rest of their lives. And I don’t think that there are many things worse than living with regret or knowing that you could have done more to salvage a situation that was at one point or another in your hands!

So if you want to make sure that you too don’t live with regret, why not just give it another try and see if indeed it is possible for you and your ex to be happy together. At worse you’ll know it wasn’t meant to be and you will keep going on your merry way; at best you’ll have found “the one” and you can spend the rest of your life being grateful for not having given up so quickly and having given your relationship another try. By the way, I know what I’m talking about because this happened to me too!

The coach to call if you’re looking for a good reasons to get back with your ex,