My ex wants to stay friends, what should I do ? 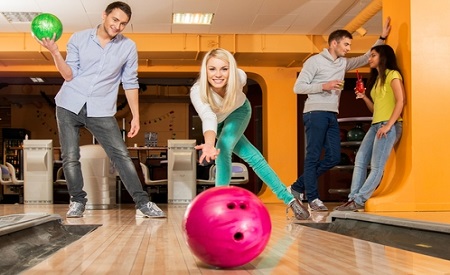 After a breakup, there are usually two types of situations. You’re either in a conflict with your ex and the breakup didn’t lead to a “calm after the storm”, or you’re lucky enough to be able to have a platonic and healthy relationship after a breakup that “went well.”


We’re going to explore this type of situation today. There is a type of relationship between exes that you may not have been expecting. There is no more love between you but you realize your ex wants to stay friends… and a friendship begins to blossom.

You are, however, taken by surprise at your ex’s attempts to get closer. You’re thinking that this isn’t what you actually want deep down, but this will at least allow you to still be in contact with this person that you care so much about. You’re going to take advantage of this therefore keep in touch.

Whether the situation is making you happy or making you feel anxious, you don’t really know what to do so you’re going to have to put things into perspective before you act. If it’s better to not be in conflict with your ex, does it mean that it’s a good idea to be buddies?!

My ex wants to stay friends! For some people, this idea breaks their heart because they’re still in love with the person and they want to get back together.

For other people it’s out of the question to continue to see their ex, especially not as a friend! Should you really remain friends with an ex as a means of trying to get them back? Keep reading this article and you’ll find out!

Why does my ex want to be friends after we break up?

It’s not uncommon when an ex still wants to be friends after a breakup, but it’s not always easy for the other person to understand. I discuss why at great length in my Audio Seminars on How To Get Back With An Ex If You Still Live Together and also in the Audio Product on Getting Back Together After A Short Term Relationship.

The fact is you’re hurt and you want to be together, and your ex’s proposition to remain close can feel like they’re twisting the knife in the wound. Moreover, you maybe don’t understand why it has to be platonic between you.

There are all kinds of reasons why an ex wants to be friends, but one thing is for sure and that is that they still care about you. At this point we might not know in what way they care for you, but in any case it’s a good sign!

Sometimes an ex wants to keep you nearby simply because you two have become so close, and the bond that exists between you is too precious to just throw away. This can happen with relationships that lasted a long time or a short time.

Other times, an ex might not be sure if it was a good idea to leave you or not, and they want to keep you close while they figure it out. If you’re the one that left, they might be suggesting staying friends because they don’t want everything to end so abruptly.

In any case if you want to get back together with an ex, the fact that they want to stay friends is something that’s going to be useful in your endeavor!

My ex wants to be friends but should I accept?

After a breakup at first glance, staying friends with your ex in order to avoid tension and disagreements would appear logical. However, there are two principal reasons as to why you might not feel very enthusiastic when faced with the idea.

READ THIS
How do I get my husband to love me like he once did?

Ex wants to be friends I want more: You don’t want to be Friend-Zoned by the one you love!

This is the most obvious reason. If you’re on this site, you’re looking for solutions in terms of getting back together; not being friends with an ex that left you (or the person that maybe you broke up with.) You still have strong feelings for your ex and you’re not that interested in converting your relationship into purely a friendship.

Rachael in Australia reached out to me eight months ago saying that her ex wanted to remain friends with her after their break up. She had accepted this long before she had ever reached out to me, and her motive for calling was that she had realized how hard it was to get out of the friend zone. This new friendly relationship had actually replaced their previous, intimate and exclusive relationship.

Together, we were able to reverse it, but it was an uphill battle from the get-go. Use Rachael as an example that accepting your ex’s request to become friends is sometimes really not the best idea. It can be a hard (but not impossible!) situation to come back from.

For some people when a relationship ends it means that it’s over and that you’re not supposed to keep seeing each other and be in touch for months or years to come. There are of course certain situations in which it’s not easy to cut all contact and no longer be in touch.

I’m talking about people that have children together and therefore need to communicate who’s going to do what for the kids, or people that share real estate, pets… etc.

If you don’t want to be friends with an ex it’s because you want to move on from your relationship, turn the page, and move on while you rebuild yourself. On top of that, it’s not easy to meet someone new when you’re still seeing your ex.

Staying friends with an ex: Does it work when you’re trying to get back together?

As I’m sure you’ve understood, this article is principally about getting back together. You don’t want to lose your relationship forever and you’re wondering if friendship is a good way to get it back.

First of all if you’re hoping to get back together and it’s looking impossible (probably because you haven’t had a coaching session yet) you should never think, “At least I can be their friend; it’s better than nothing,” or “At least they’ll be by my side.”

If you want to get back with your ex, you have to believe in getting back together! All you have to do is read the testimonies of hundreds of people that get back together with their significant other thanks to all the tools I recommend as well as my eBook on how to make your ex come back. 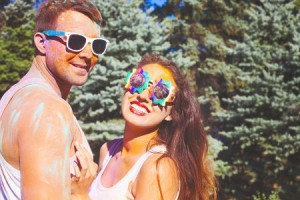 READ THIS
When a man realizes he lost you, he will want you back

In longer relationships (meaning those that have lasted over a year that I discuss in another article,) it’s important that after the breakup you make some distance between you using important methods such as radio silence, or “the no contact rule.” It’s hard to imagine friendship without contact. You have to be careful with the friend zone so I suggest a coaching session. You will have to go above and beyond real friendship.

Remaining friends with an ex is not a bad thing; but that doesn’t mean that this should be your goal. For your ex maybe there is no ambiguity but for you it’s simply a way to get closer and to stay in contact. When you’re thinking, “My ex wants to stay friends what should I do,” you’re actually not asking the right question.

When you’ve got an ex that wants to be friends, the very first step is to figure out exactly what you want deep down. Your ex isn’t the one that should determine your actions; you have to follow your heart.

If you want to get back together you have to create a means of getting closer, spending time together, but you’re not going to try to establish friendship. Your focus will be reseducing your ex and that will change everything!

You’re thinking that the only way you can get close to your ex again is by getting in bed with them. A lot of women tend to base their attempt at getting back together on sex because they think that it’s the only way to keep a man close. Sometimes you go from being an ex to a friend with benefits very quickly.

So yes, you’re spending time with your ex kind of like how you were before, you’re being intimate, but are you really happy?
As I said, if you want to be together with your ex again, and your ex boyfriend wants to be friends, (even if they say that they don’t have feelings for you anymore), you shouldn’t settle for being their side-chick or their friend with benefits unless this is something that actually makes you happy.

If you are thinking that being buddies with your ex for purely sexual reasons is better than nothing, you risk getting stuck in this position because your exchanges will hold no sentimental value anymore.

It’ll be strictly physical between you. As a general rule, even when you’re saying, “My ex is coming back,” I really recommend that you don’t get in bed with them unless you’re in one particular situation that I explain in my book 70 Pro Tips To Get Back With Your Ex.

It’s best to use classic methods for rekindling the flame between you and to make your ex understand that you’re not looking for friendship.

Your coach when your ex wants to be friends