Why Is My Ex Saying They’re Not Ready For a Relationship? 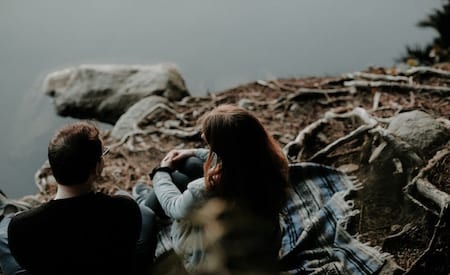 You’ve been working hard on getting close with your ex again. You’re still in love with this person and you know deep down that they’re the one for you. You’ve understood that certain things need to change and you’ve been working on becoming the best version of yourself. It seemed like everything was going well until your ex told you that they’re not ready for a relationship.

But everything seemed like it was finally falling into place! You thought you were on the right track and that you were about to get back together. So what does it mean? Why isn’t your ex ready? Is there anything you can do?

This is a common phenomenon, so I wanted to share some tools with you when you need to navigate through this. Getting a better understanding of what’s going on here will help you to plan your next move and get closer to your goal, so let’s get started!

Ex not ready for a relationship? Don’t panic!

It probably feels like you just got whiplash. You thought everything was going according to plan, or at least that you were getting closer to your goal.

You and your ex broke up, and you’ve been diligent in pinpointing what had gone wrong and what you need to do about it. You’ve understood that in order for your relationship to be as strong as possible, you need to reinvent yourself into the best version of yourself. You’ve been working on boosting your self confidence, moving towards your personal and professional goals, you’ve been making your life fun and interesting with all kinds of new activities.

You’ve succeeded in sparking your ex’s attention and making him or her want to get closer to you. You’ve been spending time, you’ve been using seduction techniques, and you have begun to present yourself as an exciting challenge to your ex. This is all great and is exactly what you need to be doing if you want your ex back, but you’ve just slammed into a roadblock.


Your ex has told you that they’re not ready.

Maybe you and your ex even kissed, and that was the catalyst for this conversation, but now you’ve been faced with the awful, “I’m not ready for a relationship.”

What else could you have possibly done?! Why isn’t this person ready for a relationship when you’ve so clearly shown that you’re ready and willing to create something amazing together. After all, your ex clearly enjoys spending time with you… so why wouldn’t they want to take the next step?

READ THIS
Getting back with an ex after years apart

One of my clients, Georgia, wrote to me saying, “We were starting to get super close again. We were snuggling on the couch, and I knew that we were about to talk about being together again. I was so excited because everything had been going so well […] I mean it was hard and challenging but I knew that it would take some work, so I was really serious about it. Then at that moment I knew that all my hard work had paid off and I was certain I had made him fall for me again.

Then he goes, ‘GG, I need to be on my own I think.’ He tells me that he’s not ready for a relationship but wants to be friends… After all of that!!! Now I feel like I’m right back at square one and I literally have no idea what to do.” 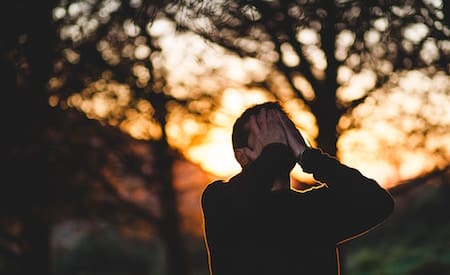 When you are faced with this, it’s normal to panic. It’s normal to think, “Well great! I’ve tried everything and it’s still not enough! Maybe this whole thing is pointless and I should just give up.” You’ve just received another curve ball and it’s totally understandable that you’d just want to throw in the towel. And listen, if it’s not worth overcoming obstacles to you, then sure. You can give up.

But what if you don’t want to give up? What if you’re thinking, “She/He is not ready for a relationship, should I wait??”Then it’s time to switch up your tactic. I know, I know, you’re tired, but if it’s worth it it’s worth it.So first things first, what’s going on here?

Why your ex isn’t ready for a relationship…

Breakups are hard for both people involved. They conjure up a huge amount of insecurities but they also surprise people with other emotions.

For example, when a person gets out of a long term relationship, they might realize that they had lost themselves in that relationship. When they start to settle into their newfound “freedom,” they start to realize that they need to reorganize their lives a bit. Being single also means that there aren’t as many distractions, and some people feel like they really need this.

Other times, a person might say he or she’s not ready for a relationship because they don’t feel like stepping back into the previous relationship would be a good thing for them. They might fear that it was a toxic relationship, or that something didn’t feel right. In other words, they aren’t convinced that things would be different now.

READ THIS
How to handle finances in a relationship and come out ahead?

They might even be thinking, “I’m not ready for a relationship but I love him or her…”

Your ex partner might have come to the realization that the problem in the relationship was stemming from them, and they haven’t found the way to rectify the situation yet. They don’t want to step right back into the same relationship and hurt you (and themselves) a second time. 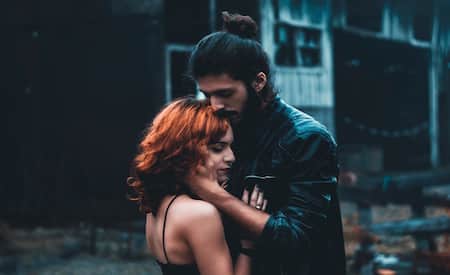 They just don’t have enough confidence in themselves yet to ensure that you two don’t wind up going down the same path again. Truth be told, it’s admirable of them to have the self control to choose to work on these problems more before they enter into a relationship with you again, even if it would be easier to just give into temptation and patch things up on a surface level – without ensuring that there’s a solid foundation.

So, what are you supposed to do now?

My ex says they’re not ready for a relationship but I am. Now what?

You’re going to have to give it time. I know, that’s not what you want to hear, but putting pressure on your ex is actually going to make them even less inclined to want to get into a relationship.

If your ex isn’t ready for a relationship, then time is still required for emotions to develop and further changes to be made.

It would also be ideal to give him or her some space. It is when a person begins to miss you that they start to realize that they’d rather have you by their side for good. You’ve got to continue improving your life, making it look more enticing than ever, working on being confident and happy within yourself, and not letting this setback make you give up.

The most gratifying things in life time time, patience, and investment. Like I said above, if this person is worth it, they’re worth all of it!

Each situation is entirely unique, so I do encourage you to reach out to me directly here so that we can devise a custom action plan. There are always elements that you can switch up to get a positive reaction from your ex.

I look forward to hearing from you

Your coach when your ex isn’t ready for a relationship