Guys after a breakup: What’s on their minds? 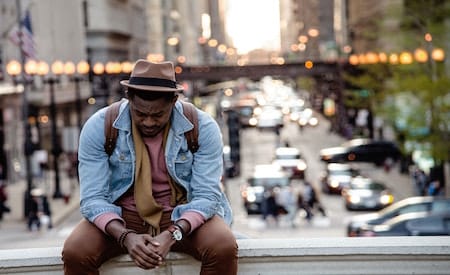 As a love and relationship expert specialized in getting people back together, people often ask me about what goes on in the mind of a guy after a breakup. How do guys handle breakups, what do they feel, do they miss you, if they’re happy with their newfound freedom…? Because this is a question that people ask me so often, I wanted to write an article on guys after a breakup for you today.

I will go over male psychology after a breakup and how to adapt your approach to maximize your odds of success in getting this man back. When your heart is broken and everything seems so up in the air, it can be very hard to get a clear picture of what’s going on. Fortunately, after having worked with thousands and thousands of men I can confidently tell you what’s going on after a break up and how to get this man back.

Guys after a breakup: How does he feel?

At this point, you are probably wondering what are your ex-boyfriend is up to and how he’s feeling. Since the break up took place, you haven’t really been in touch with each other. You’ve been suffering quite a bit – especially because you miss him so much.


But does he miss you? Has he just been partying this whole time? Has he already met someone else? The thoughts are enough to keep you up all night. It is so hard to find peace after breakup, especially when you have no idea what your ex feels about all of this. If only you could see into his mind and figure out what he’s thinking.

So let’s a look at how guys act after a breakup.

Do guys think about their ex after a breakup happens?

The first thing I want to bring your attention into after a breakup is that when a guy decides to pull the plug, it is the actual end of the break up in his mind. On top of that, men can be pretty stubborn sometimes (well, very often actually), but that doesn’t automatically mean that he is sure that he made the right decision…

So as of now, if you are wondering what guys think after a breakup, the answer is that he feels that it’s all over, but that doesn’t mean that you can’t change things!

It is important to understand what he’s feeling right now because it will help you to determine the right approach. Now is not the time to be waiting for lovey-dovey affirmations of his love for you and don’t expect him to be feeling the same way as you are feeling right now. I know that’s hard to read at this specific moment, but like I just said, it doesn’t mean that things won’t change.

The key right now is to accept this situation and determine your action plan.

Do guys hurt after the breakup: Understanding how he’s feeling

One of the things that a lot of women don’t realize is that it is very important for a man to feel like he is staying true to his word and standing his ground. That means that if he chose to break up with you, his pride is going to make him want to stick with that decision (at least for the time being.)

This is not a question of pride or stubbornness, or even cruelty, this is just about him trying to honor his decision. In addition to this, a guy will also be careful about not giving you false hope. This is especially true if he is a genuinely good guy who doesn’t want to toy with your emotions.

So when it comes to what guys do after break up, it is important to remember that he will stick to his guns for a variety of reasons.

Guys behavior after a breakup: His feelings

Sometimes you’ll notice that a guy can be very cold and distant after break up. This can be because of tensions that still exist between you, but it could also be because he’s trying to and ensure that you don’t get the wrong idea.

He doesn’t want to make you think that he’s doubting himself. It is also not his intention to be harsh with you, but it is his way of protecting himself.

On the flipside, I see a lot of guys after breakups trying to be supportive and kind towards their ex-girlfriends in an effort to lessen the blow of the breakup. They feel guilty about hurting her, so they’re trying to make things better by doing this.

This becomes dangerous because the attention they’re giving you can easily be misinterpreted. You might assume that he misses you, and this could lead to complications…

Do guys hurt after a breakup with you: Switching your focus

This section is the most important one in this entire article. If you realize that you are spending a huge amount of time thinking about what is on your ex’s mind since you’ve broken up, you’re actually allowing yourself to be distracted from what truly matters…

Each person is going to experience a break up in their own way. They will go through the stages of grief along with the ups and downs that follow a break up, but it is up to you to pay attention to your own actions. These are the things that are actually going to matter if you want to bounce back and get back together with your ex.

READ THIS
Still attracted to your ex?

The more you focus on what he’s feeling, what he’s thinking, and what he wants, the more you will lose yourself. You’ll act the way you think he wants to you to act, but the process of getting an ex back requires you to focus on personal development and getting back in touch with who you really are. 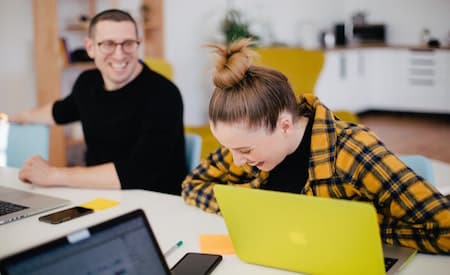 smiling to my ex

You’ve attracted this man before, so you can do it again. What your ex is doing after the break up doesn’t matter as much as what YOU are doing after the break up. You need to build a foundation that will allow attraction to come back – and trust me, attraction is very important for men. The concept of being in a relationship or in a couple can actually scare a man, but they are attracted to the seduction process that naturally leads to a relationship.

When do guys start to miss you after a breakup: The answer

I know you want to know what guys go through after breakup, so as this article comes to an end I’d like to break it down for you.

The first thing a guy fuels after breaking up with you is a sense of freedom. He’s probably been thinking about this for a while and initially, it will feel like a weight being lifted off his shoulders. He is free to live his own life.

After some time passes and for a variety of different reasons, he will begin to realize that the grass isn’t necessarily greener on the other side. This is when he becomes susceptible to nostalgia, and his positive memories of you will begin to outweigh the negative ones.

This is when the seed of doubt regarding his decision to leave is planted, and if you play your cards right, this presents a window of opportunity to get him back. There are so many tools and techniques available to you when you want to get back together with your ex, and you are in the right place to find them all.

As a team of dedicated love and relationship coaches, it is our goal to provide you with everything you need in order to help you reach your goal. With our articles, YouTube channel, Master classes, and one-on-one coaching, we are here to help you every step of the way.

If you have any questions at all please don’t hesitate to get in touch with us, or leave your questions in the comments section below.