How to come back with an ex ? 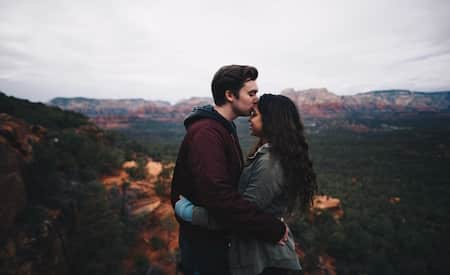 You broke up with him or he broke up with you, it really doesn’t matter. What matters now is that you are 100% sure that your ex is actually the one for you and you want to know how to get your ex back. Ah well, Joni Mitchell’s right, of course! We don’t know what we’ve got till it’s gone.

Don’t beat yourself up. It’s part of your journey. After all, if you didn’t break up, you wouldn’t reach this realization that you’re truly meant for each other. But does your ex feel the same? How can you get your ex back if he doesn’t feel the same anymore?

Roll your sleeves and push your glasses up. It’s time for you to win back your ex before it’s too late.

Step 1. Focus on YOU

I know this might seem a bit counterproductive in your pursuit to win your ex back but it’s actually a prerequisite. When two people try to be together again, they have to be slightly improved versions of themselves for the relationship to work. If not, same issues would resurface. There are so many areas for improvement. In order for you not to be overwhelmed, start with your inner self. Meditate and try to work on your patience, self-esteem, inner voice, and general mindset. After that, go to the gym, buy new clothes, pamper yourself, buy new makeup.

Really invest in the new you. Don’t just do it with the goal of winning him back, do it for yourself because you are an awesome girl. And when your ex sees the changes, he’d be totally psyched. By then, you’d be aware of your self-worth to the point that you’d ask yourself twice if he’s really worth it. This is exactly what you want— to be your best self to see clearly if you truly love this person and not just because you need him.

READ THIS
How to make things right with my ex if I’ve made mistakes?

The moment you send too many texts, his desire for you is reduced a few notches. It doesn’t matter if he still loves you, that’s just human psychology. If something becomes too available and ready, we start to think it’s not so valuable after all. So yes, there’s still a game.

Don’t use the “but this is the real me” argument because what if the real you is desperate and he’s already seeing someone else? He’d think he made the right choice, that’s what. Don’t double text, don’t like too many of his photos, don’t be too eager. However, say hi from time to time. Don’t go completely cold as ice. In other words, give him the impression that you are a person who values herself but still cares. Give him a bit of hope without revealing how desperate you are.

Step 3. Change one specific thing he complained about

It could be the reason why you broke up or it could be just something he used to complain about. Maybe he used to feel sad because you rarely compliment him or that you never give him anything on special occasions. Or maybe you’re too busy with work or you party til dawn without him. Make some changes because as I’ve said, if you’re still the same person as before, there’s no point. Your relationship would still be rocky. However, only change the things that you truly believe you need to change or you are willing to change. If it doesn’t feel right, it’s because you’re compromising a lot or bending too much. Only change the ones you believe, deep down in yourself, that you really have to change.

READ THIS
Hooking up with an ex: Good or bad idea?

If, after doing all these things, he comes back to you and you still have feelings for him, congratulations! Not only do you have the love of your life again, you’ve become a much better person after the breakup. However, if he has moved on completely, well at least you’re one hell of a catch!