Is my ex playing mind games with me? 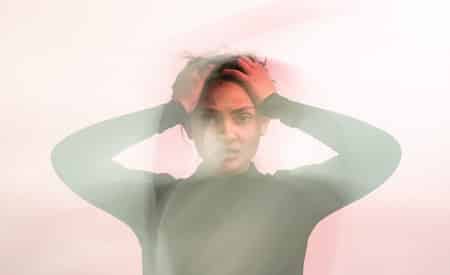 Everything can feel so confusing and overwhelming after a breakup. You feel like you’ve just lost the love of your life, and deep down you know that you want to be together again. Your ex is getting close to you again, but something doesn’t feel right. Their hot and cold behavior has got you wondering if they genuinely miss you or if they’re just playing mind games with you.

It’s not uncommon for a person to have doubts after a breakup, and that is exactly why I’ve written this article for you today. I’m going to go over what mind games are, why your partner might be playing mind games with you, and how to determine whether or not they are.

There is a difference between a person playing mind games on purpose and someone that is doing it without realizing. If this is indeed the case for you, your ex may be playing games with you for sheer amusement or to give themselves an ego boost, or they might be doing it without realizing, simply because they’re confused about what they want. Let’s dive in and see what’s going on here!

What exactly are mind games?

If you do a quick Google search on the definition of mind games, you’ll find this:

Mind game: “A course of psychologically manipulative behaviour intended to discomfort another person or gain an advantage over them.”

The first definition found on Wikipedia is,

As you can see, it’s about getting into a position of power over someone – that someone being you. If your ex is playing mind games with you, they’re trying to shift the power play. There are a variety of possible reasons behind this, and some of them are more positive than others.

The main reason is that no one wants to feel like they got the short end of the stick after a breakup.

Your ex might still want the ego boost of knowing that you still want him or her, but they don’t want the relationship. It’s harsh and unfair, but many people do this. A lot of them don’t even realize they’re doing it.

Many people who play mind games end up doing so without realizing, simply because they don’t know what they want. They’re struggling with the idea of letting you go or asking for you back, and they can’t commit to either one. The result is that they play with your emotions and leave you feeling manipulated, even though this isn’t their intention.

One of my clients, Peter, is working on undoing the damage he did in hopes of getting his ex girlfriend back. For a long time after their breakup, she had expressed that she wanted to be with him, but he couldn’t choose between between her and his independence. He made sure to keep her close, but not too close.

READ THIS
I want to get back with my ex and I am prepared to do anything!

He would tell her what she wanted to hear (about how she’s the one, how he sees their future together, how he wants them to come back together in the future), and then when she started to warm up to the idea of taking him back, he would tell her that he needed his independence, that he needed to be single, and that he didn’t want to commit to her… You can see how this got old really fast…

For a long time he didn’t realize he was doing it, but by the time he did, she said it was too late. Her patience had run out, and she explained that she felt disrespected and manipulated by him because he wanted to have his cake and eat it too, and that she knew she wanted something different now.

In Peter’s case, it was manipulative, but it wasn’t a conscious decision.

There is another reason that can answer the question, “Why do people play mind games?”

You might be wondering if he or she is playing mind games with you when in truth, your ex is trying to get you back! They might be testing the waters to see how you feel, or they might be using the push and pull technique on you to make you want them back…

They might also be doing this as a way to gage whether or not you’d be open to giving this relationship another go. They don’t want to invest the time end energy it takes to get you back unless they know that you feel the same way about them. They might be giving you mixed signals in an attempt to test the waters and to avoid seeming too vulnerable.

Is my ex playing mind games with me?

There are a few types of behaviors that can be considered “mind games” and I’m going to go over them for you here.

The first one is when he or she ghosts you. This can be in the form of text messages, but it can also be in real life. They leave you on read, they tell you how much they want to see you and then never allow you to lock down an actual moment to see each other, or they never initiate the conversation with you.

Another thing to keep in mind is whether or not your ex has been trying to make you jealous (either subtly or blatantly) by talking about other members of the opposite sex.

READ THIS
Does my ex still love me?

Your gut will tell you if your ex is doing things to get a rise out of you…and if you want them back, there is one thing in particular that works quite well in these types of situation.

If you’re familiar with my philosophy, then you probably know what I’m going to say…

One of the most powerful tools that a person can use for getting an ex back is the No Contact Rule. This is even more true when your ex has taken to playing mind games with you. For whatever reason, he or she thinks that this type of behavior is appropriate, and you’ve allowed them to do it.

Now you’re going to have to turn things around and set some ground rules.

When it comes to how to handle mind games, you’ll need to take back control of the situation and not let your ex be the one calling all the shots.

If you’re unfamiliar with the no contact rule, it consists of cutting contact with an ex for about three weeks to three months, depending on your situation. The goal of it is to give your ex the opportunity to miss you and realize that they’d be happier with you in their lives. Most importantly however, the no contact rule serves as the perfect opportunity for you to get back in control of your own life, make it into what you’ve always wanted it to be, and to actively work on becoming the best version of yourself. You’ve got to fill up your schedule with things that make you happy, new activities that you’ve been meaning to try out, and ample time spent with your friends and family members that make you happy!

Don’t hesitate to share pictures on social media of all the fun you’ve been having, and even if you are no longer connected with your ex, word will travel of how great you’re doing and how great you look.

You’re no longer making time for someone who is playing head games. You’re channeling all of your energy into making yourself happy. You don’t have time for anyone that isn’t going to be prioritizing you, and your ex will receive an electroshock that makes them realize that they’d be a fool to continue playing with you and risk losing you.

For more information on how to get your ex back when they’re playing mind games with you, reach out to us directly here!