My wife wants a divorce, why and what should I do? 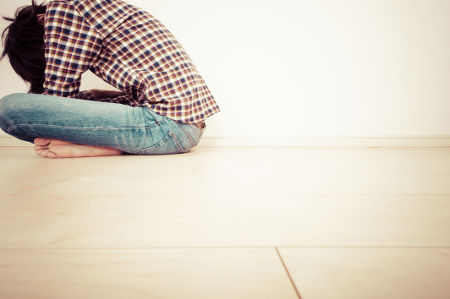 What you’re going through right now could be one of the hardest moments of your life. The one you love, the one you married, and the one with whom you planned on spending the rest of your life has just asked you for a divorce.

It is of course a shock because you’ve built a life together, maybe you even have children together, a home together and your group of friends and now everything is called into question after this decision.

My role is not to twist the knife in the wound but rather to help you move forwards and make the right decisions. In various circumstances, you have to do whatever it takes to make your wife want to stay.

You’ve realized how deeply you love her and how important she is in your life. A breakup and especially a divorce don’t happen without reason and this means that your other half has been feeling something very negative that you’re going to have to take into consideration.

A decision like this usually comes about after months of difficulty, fights or tension, and problems at the heart of the relationship.

It is now time to act and find the solutions to make your marriage survive. Don’t just say, “My wife wants a divorce and I feel so lost” or “Coach please help me get over a painful breakup“.

You have to take action and take things into your hands so that your union will be saved and she will decide to stay. This requires multiple steps so I’ve decided to write this article outlining them.

My wife wants a divorce – but why?

Many men make the error of thinking that this decision makes no sense, that it’s inexplicable and especially that it’s out of the blue.

As you know, if you’re familiar with my coaching philosophy, even though I think that way too many people break up these days without a giving their relationship a second chance, there are always concrete reasons behind the separation.

I don’t want to alarm you but you’re not trying to save a 6-month relationship but a marriage. This is an essential detail.

After many years of being together, it’s normal that a sort of routine settles in. This is very normal and it happens in every relationship; not just yours. T

READ THIS
How to forget an ex without any regrets!

hings start to become a habit and this is when certain errors can be made. You think that your significant other is in your pocket and you make less and less of an effort in your relationship.

When they ask you for something you leave it for the next day, you feel distant, and you start taking less and less care of yourself… These are some of the main things that prove the routine that creeps in.

Consequently, you don’t feel the desire anymore, you don’t want to seduce or please your partner and you kind of just go with the flow. You rarely go out anymore or you always do the same things. Your wife wants something new, something undiscovered, new activities and her life is starting to get boring.

You’re not making her happy anymore. Even if you’ve been married for years, you have to continue to have projects for your future to work on so that you can maintain your feelings.

Of course if your wife wants a divorce, there could be a more serious reason behind it such as betrayal, disappointment, or something along those lines. In this case you shouldn’t only think about rekindling the flame; you have to be forgiven and set things in motion that will allow you two to move on from your mistakes.

A good piece of advice gentlemen, you should never act in desperation as if the papers were already signed and you had no chance of ever getting her back and reviving her feelings for you.

Nevertheless one thing is certain. Rebuilding your relationship won’t happen overnight. A romantic night on the town isn’t going to fix years worth of problems in a relationship.

A woman that is asking for divorce has thought about her decision and you’re going to need a reinforced plan of action like the one I describe in our eBook “70 Pro Tips To Get Back With An Ex.” If you act now, if you don’t waste any more time and you follow my advice for getting back together with your wife, you’re going to considerably increase your chances of success.

READ THIS
He Says He Misses Me But Doesn’t See Us Together!

You need to be confident and not let the situation get you down. You have everything it takes to succeed in this endeavor, so remind yourself that you still have a chance to be happily together because you’re not officially separated. And even if this had to happen, all hope is not lost.

You’re still married and that’s precisely what should serve as your motivation for not letting your marriage bite the dust. Maybe she took off her wedding ring a few weeks ago, maybe you don’t like together anymore, but you’re still bonded and you have to preserve it.

In some cases, asking for a divorce isn’t actually “serious.” Sometimes a person uses this as a mean to put some pressure on their partner, to use it as an ultimatum instead of really wanting to separate.

Maybe you’re not receptive to the signs she’s giving you, maybe you haven’t been able to make the changes she wants, maybe you didn’t pay attention to her reproaches. In her eyes, the only way to make you realize the gravity of the situation was to threaten you with separation.

When a person says, “my wife wants a divorce,” it’s an electroshock. It’s not just a fight or a misunderstanding: it’s a radical change in your life. You’re going to have to think about what’s going to happen to the children, who’s going to move out and where, and all the consequences that a decision like this brings about.

It’s something very serious because it would mean throwing away your relationship and started over at zero. No one wants to go through a failure in love; not even your wife. Deep down she wishes the situation could be fixed and that your relationship could return to its former glory.

Even if a woman has been cheated on, she can forgive a man if he proves that he’s understood his mistake and that he changes things for good.

The coach when your wife wants a divorce