Never Make The Same Mistake Twice With An Ex! 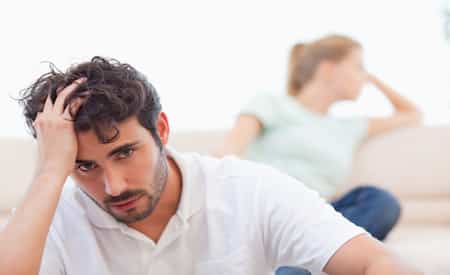 When it comes to getting an ex back, you have to make sure that you never make the same mistake twice. A breakup is extremely painful, and the moments leading up to it are as well. Nobody in their right mind would want to go through all of that twice! Once is more than enough. In fact, the trauma that comes along with a breakup can be enough to make a person feel very resistant to giving their ex another shot, so if you want to get back together with the person you love, there are some things that you’re going to have to be careful with.

Fortunately, you’ve found this article! I’m going to explain your ex’s post breakup mentality and how to navigate this challenging period.

The most successful couples that have gone through breakups are those that used the breakups as valuable lessons. In order to get your ex back, you’re going to have to show them that you’re learning and growing from this experience, so let’s take a look at how exactly to do that!

You and your ex boyfriend or girlfriend broke up, yes. There was a reason why this happened. Break ups don’t just happen out of the blue for no reason whatsoever. This is the case even if your ex didn’t explicitly tell you why they pulled the plug. Same thing if you ended the relationship – you had your reasons. They were either obvious, or something just didn’t feel right at the time.

The very first thing you’re going to have to do is take the time to analyze what exactly went wrong.


Your ex will take you back if 1. They miss you, and 2. If they’re reassured that you’re not going to wind up going down the same path towards a breakup.

Simply put, you cannot propose a relationship that is identical to your last one because you both already know how that ended. You can’t make the same mistake twice and expect a different outcome.

Incidentally, do you know that quote by Albert Einstein:

“Insanity: Doing the same thing over and over again and expecting different results.”

I want you to take that to heart (not that I’m calling you crazy if you make the same mistake twice!) I want you to understand the importance of learning from mistakes and using them to navigate towards your ultimate goal: happiness. Challenging periods and situations can be awful but one thing is certain – we sure do learn a lot.

READ THIS
My ex is talking about me does that mean they miss me?

When it comes to an ex boyfriend or girlfriend, learning from past mistakes is the key to building a solid relationship in the future.

It’s always helpful to have a real life example so help illustrate a point, so I want to take a moment to talk to you about Ronald.

Ronald was engaged to Sabrina after a three year relationship with her. As the wedding approached, he panicked and started staying out all night without giving her any news. Then one evening he disappeared for two days and she had no idea where he was. She of course panicked and worried, and was surprised when he showed up at her house as if nothing had happened. He told her that she was silly to worry and that she needed to let him breathe. Well, there was a communication issue at play, but there was also a lack of empathy. He was freaking out about getting married, and she was freaking out about his disappearance, so neither of them were at ease.

The breakup eventually took place because he began acting out more and more instead of discussing his emotions with his partner. He kept making the same mistakes with her. The problem he was experiencing was that he was unable to take ownership of his actions, and was turning to saying manipulative things to his ex in an effort to deflect the blame away from him.

Example, instead of saying, “I’m ashamed of the way I handled the situation and I miss you,” he would message her at 2am and say, “It’s too bad that you had to be so suffocating that I needed to get away from you. We could have had something amazing.” He did this over and over and over again. 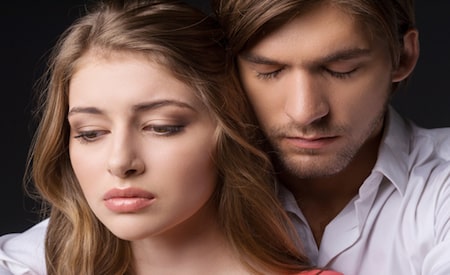 His ex knew exactly what he was doing, and each time he sent a message like “I wish you were stronger than let your friends dictate your opinion about me,” instead of, “Would you like to meet to talk things over,” her decision to move on from their relationship became more and more cemented in her mind. The day she told him that she didn’t want to see him anymore is the day he came to me.

READ THIS
My Ex Boyfriend Is Avoiding Me And I Don’t Know What To Do!

We’ve been working on changing his mindset and finding longterm solutions for the challenges in the relationship and the way he was handling conflict.

My point is, repeating mistakes is only going to convince your ex that they’re better off without you, and that’s not at all what he want!

Tools for no longer making the same mistakes

When it comes to fixing negative patterns, the first step is to define what they actually are. What specific action is causing problems in your attempt at getting your ex back?

Making sure these mistakes will not repeat again is the key to success here.

I encourage you to begin a list of behaviors that you’ve noticed in yourself. Is it jealousy? Insecurity? Deflecting blame? Lying? Breaking your ex’s trust?

Now is the time to start becoming the best version of yourself so that you can improve your life and significantly improve the odds of having a solid relationship with this person in the future. Remember you have to give them reason to believe in a relationship between the two of them and reassure them that you aren’t going to go down the same path as before.

To bring things back to Ronald, he decided that he would begin working on anger management. When his ex learned that he has begun working on keeping his emotions in check and learning how to communicate them in a healthy manner, she began giving him more attention. He’s learned to recognize triggers, and train himself to respond differently.

We are all human and it’s challenging for all of us, but anything is possible in love as long as you are motivated enough to change and improve.

As you know, I am always here to help so all you need to do is click here to get in touch with me, or leave your question in the comments section below. We would be more than happy to personally respond to you and help you to get closer to your goal of being with the person you love once again.

Your coach when you’re never making the same mistake twice