What is a deal breaker with an ex? 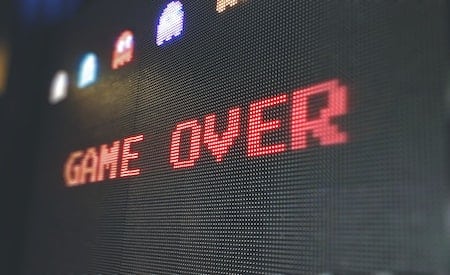 Working on getting back together with an ex is a big job. A breakup leaves some pretty serious bruises but it can actually serve as a tool for making improvements. If you take a step back and analyze the situation, you can highlight what wasn’t working and what needs to be changed.

That said, when you’re working on getting back together with an ex after a breakup, you have to be careful to keep an eye out for red flags. Sometimes we get so caught up in the desire to patch things back up and be together again that we turn a blind eye to elements that could actually be deal breakers when it comes to a longterm relationship. So if you’re wondering “What’s a deal breaker that could mean that my ex isn’t right for me,” you’re in the right place.

What is a deal breaker?

When it comes to relationships, the definition of deal breaker is an action or a characteristic in a potential partner that makes you realize that they are not the right person for you. These outweigh all of their other qualities, no matter how desirable they might be.

When you want to cultivate a healthy relationship that will withstand the test of time, you will have to have a clear idea about what your personal deal breakers might be. These will vary from person to person, and I’m going to outline some of the biggest and most common ones for you below.

With experience in the dating world, your deal breakers become more clearly defined. It’s normal to not have a very clear idea when you’ve just begun having relationships, but the more you interact with people the more you’ll notice that you appreciate some characteristics much more than others. This helps to guide you towards the perfect partner for you.

Sometimes, when a person notices something in their potential partner that makes them think, “Ah, that’s a deal breaker!” they’ll categorize the person as a friend with benefits. They’ll take the option of a serious relationship off the table but might still be open to exploring the physical attraction they feel.

It’s interesting how a deal breaker can completely shatter the attraction you have for someone. Sometimes it’s enough to even remove the physical attraction you felt for this person. This is often the case when you find out that a person has bad hygiene for example.

In my experience as a love and relationship coach, I have seen that people tend to pay more attention to deal breakers than deal makers when it comes to getting into a relationship with either an ex or with someone new. No one wants to be burned twice.

Now how does all of this play into getting back together with an ex?

What are some relationship deal breakers with an ex?

When you have worked hard to make your ex want to give your relationship another chance, there is one thing you have to be very careful with. You need to keep your eyes open for any potential deal breakers, and as I said above, it’s up to you to define what those are.

Some of the most common ones are as follows:

• Any type of abuse

This can be physical abuse, mental abuse, or even substance abuse. When you see that a person exhibits behavior that does not suit a healthy relationship.

A lot of people, especially women, look for a partner that is taking care of themselves and is financially independent. This can also be if a person still lives at home after a certain age.

This is a huge turn off for most people and is one of the biggest relationship deal breakers. Most people do not take well to poor hygiene.

This is one of the most common deal breakers I see. When two people have different religious or political beliefs, it can become very difficult to reach common ground.

• Being a bad communicator

Many people struggle with proper communication, but some people have endured too many relationship issues stemming from this that they’ve told themselves that they would no longer accept it in a partner.

Some people know for a fact that they want kids and others are certain that they don’t. Some people want to move away whereas others don’t… These are huge decisions and you’ve got to be on the same page if you want a relationship to withstand the test of time.

• STDs or other health issues

Finding out that a person is sick can be a deal breaker for some people. It can be a big responsibility that many people aren’t willing to take on.

READ THIS
How to please your man and save your relationship

Finding dealbreakers with your ex…

As I was saying above, a breakup will serve as a tool to highlight what wasn’t working between you. If you make a valiant effort to fix what needs to be fixed, you can patch things up with your ex and make your relationship better than ever.

The issue that many people face is that they recognize things that their exes didn’t want to or couldn’t change about themselves, even though these things were deal breakers. Then they experience the struggle between the heart and the mind. The heart wants to be with their ex but their mind is saying, “Hey, you are seeing the characteristics that you don’t want in your long term partner…”

Red flags, another word for deal breakers, should not be taken lightly. It’s important that you know yourself and what you want out of a relationship so that you can define and recognize these things. 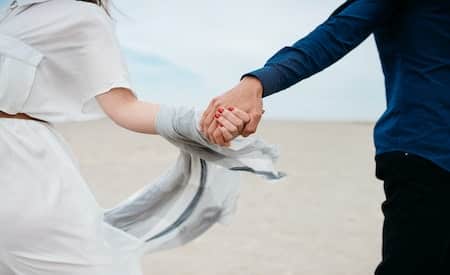 When you recognize these elements in a partner and you see no initiative to change or no tangible results, it’s crucial to be honest with yourself. Ask yourself if this is truly the right relationship for you. If you are seeing red flags, it could be that this isn’t the right person for you.

Situations can of course change and people can evolve, but you have to be very honest with yourself. If you’re constantly saying, “Things will be better when my partner does x y or z,” or “We will be happy together if…” you end up getting sorely disappointed.

Accepting a partner for who they are in the present moment is a key for a successful relationship.

You two should grow as partners and work together to overcome obstacles. Communicate openly about what would make your relationship stronger and what you can do to implement those things in the relationship.

If you have any questions at all, go ahead and leave them in the comments section below. Otherwise you can always reach out to us directly by clicking here and we would be more than happy to help guide you.