Why men come back months later & how to increase the odds!

As a love and relationship coach specialized in getting people back together, I have been able to observe some patterns in men’s behavior throughout all of these years. Just this morning a new client, Franzisca, asked me why men come back months later. In her case, she was not actively working on getting him back so his reappearance caught her a bit off guard.

If your end goal is to get back together with your ex, there are certain things to keep in mind about male psychology. If you are aware of what things make it more likely that a man is going to come back months later, then it becomes much easier to define the perfect plan of action. So without further ado, let’s explore what makes a man come back after a breakup!

Why men come back months later: The main reason

One thing we need to keep in mind is that the breakup happened for a reason. If this man made the decision to break up with you, it means that he had lost faith in your overall ability to make him happy in the long run.


So the biggest reason behind why men come back months later is simply that something planted a seed of doubt in his mind regarding his decision to end the relationship with you.

What makes a man come back: Realizing you’ve changed

This is the biggest one.

If you are familiar with our philosophy, then you know that we always stress the importance of identifying what areas of your life could use some improvement, and making a conscious effort to make positive changes. The changes you make will boost your self of self confidence, but they’re also going to make your life that much more attractive in the eyes of your ex.

I’ll expand on this further down in this article, but for now I want to highlight the simple fact that if you start to work on becoming the new and improved you, the overwhelming odds will be that you’ll start seeing signs your ex will eventually come back.

Does he miss me: Feeling the shock of the breakup

I have observed an interesting pattern in the way that men and women experience a breakup. In the majority of cases, a woman will experience the pain and the shock of a breakup right after it happens. The emotions will be raw and the nostalgia and heartbreak will be at the forefront of her mind.

The interesting thing is that when these painful emotions associated with the breakup are ignored, they’ll often be more amplified when they do surge up. This is another element that we highlight in the breakup recovery process. So if you are wondering, “Does he think about me,” you want to be prepared for the moment that he starts to gravitate back towards you…

They always come back after a while IF…

There are a couple different tools and techniques that you can use if you’re wondering, “Do exes come back,” and “How can I make him want me back…”

The most powerful and widely known tool for getting an ex back is the no contact rule. Again, if you’re familiar with our philosophy then you have undoubtedly heard of it. For those of you that don’t know about this tool yet, it basically consist of cutting all forms on communication with your ex partner for a predetermined period of time ranging from three weeks to three months.

The length of time will depend on the details of your breakup and relationship.

The goal of this tool is to give your ex boyfriend an electroshock that makes him realize that you have taken him off of that pedestal. He’s gotten used to having you around and chances are that you may have tried to make yourself very available to him after the breakup. 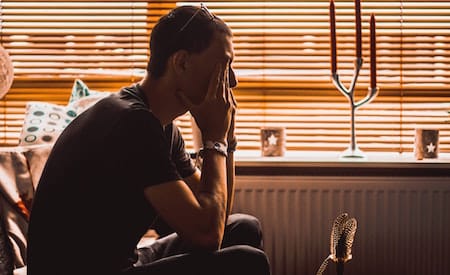 It is a very human response to try to do everything in your power to make the person you love give you another chance when they’ve pulled the plug on the relationship.

But the truth is that more often than not, if you leave him alone he’ll come back… You just need to make sure that you’re using this time wisely. The period of time you spend in radio silence with your ex has to be used for personal development if you really want it to work!

It’s going to be important to really zero in on these things:

• What the issues were in the relationship and how you can come up with long term solutions.
• What elements of your personal life got put on the back burner while this relationship took precedent in your life?
• What kinds of new personal and professional goals can you start working towards?
• How can you boost your sense of self confidence?
• How can you spend more time doing positive things for yourself AND others?

The busier you are with these things, the easier it will be to grab his attention. In addition to this, this will help distract you from thoughts like, “Will he come back to me” and “Is he thinking about me too?”

The biggest thing to avoid doing when you want your ex to come back is begging and pleading with him. This is actually the exact type of thing that will make a guy run for the hills! The key to success in terms of getting an ex back is inspiring him to want to get closer to you by showing him that you’re living a life that he would want to be a part of.

READ THIS
Hooking up with an ex: Good or bad idea?

This is why I like to harp on the importance of becoming the new and improved version of yourself. You made him fall in love with you once, imagine what can happen when he realizes that you are now the 2.0 version of the woman he fell for in the first place!

Unfortunately, it’s very common for people to lose themselves in the relationship. It becomes dangerously easy to make your world revolve around your significant other if you’re no longer making time for your life, your passions, your friends, your family, and your goals. 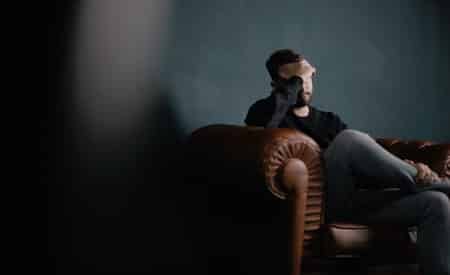 Focusing on finding balance in your life again will help you to restore and reinforce your self confidence, and it’s going to present you as the person your ex doubted you could be.

In Franzisca’s case, her ex had recognized that the breakup had served as a catalyst for very positive changes in her life, and she had become even more attractive because of it. He was experiencing a sense of regret when he saw all the photos she was posting on social media of all the new classes she was taking at the gym, the weekend getaways she was having with her friends, and the night classes she had started taking to further her career. She had become so proactive that he had no choice but to take notice.

If you are confident in who you are and what you bring to the table, it will be much easier for him to see you in a new light.

So to answer your question of my men come back months later, it’s because they recognize that they could in fact still be happy with you, but this usually happens when they’ve noticed tangible changes in you.

An ex is not going to come back and step into the same exact relationship that you had before because you both already know how that ended. He’ll be interested in a brand new relationship with a solid foundation and solutions for the problems you two had faced before.

As always, we are here to help you from A to Z, and all you have to do is click here to reach out to us for one on one guidance. You can also leave any comments or questions you might have in the comments section below and it would be our pleasure to personally respond to you.

I wish you all the best in life and love,

Your coach when you’re wondering, “Does my ex want me back”