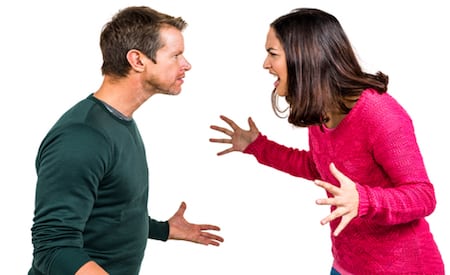 Oftentimes, people don’t know what they want after a breakup. They might be aware of the fact that they’re stringing their ex along, but sometimes they don’t even realize it. You’ve been trying to get your ex back, you’ve gotten close, but you feel like something isn’t right. You keep hitting some kind of a roadblock and your ex doesn’t seem to want to commit to you. Are you being led on? Is there any way to tell for sure?

You’re already hurting and emotions are running high, so the frustration that you’re feeling right now isn’t doing much to make you feel any better. You want to know if your ex wants to be with you or not, and why they’re leading you on!

Today, I wanted to talk about why a person might lead someone on, even if they care about them. It’s hard to wrap your head around, but getting a better idea of what your ex is experiencing right now can help you to plan your next move. So if you want to know if you’re being led on and what you can do about it, you’ve come to the right place!

What does it mean to lead someone on exactly?

We hear this phrase very often, but what exactly does it mean to be led on?

Well, the simplest way to explain it is this: When a person is leading someone on, they want to keep things ambiguous enough to enable them to reel them in but also keep them at a distance. It boils down to a commitment issue. The person wants to keep the other person close, but not too close.

They want to have the power to make the other person want them without having to commit to being in a relationship.

Now, sometimes this is malicious, but other times it’s actually latent and subconscious. Either way, it hurts the person who is on the receiving end.

Being led on: A common phenomenon

Unfortunately, we live in a society where leading people on is becoming more and more common. We like having our options, we don’t like feeling like we have to commit, and we have a bad habit of not taking other peoples’ feelings into consideration.

I was speaking with one of my clients the other day about her situation. Kristen and David had been together for almost three years before they broke up. David pulled the plug because he said he needed find himself. He wanted his independence and felt like he couldn’t accomplish his personal goals if he was in a relationship.

This of course broke Kristen’s heart because she still loved him deeply. When the breakup happened, she knew that she needed to put some distance between them so that she could heal. Little by little, David started contacting her more and more.

He wanted to spend time with her, and as they got closer and closer, he started to tell her that she’s the one he loves and he sees their future together. She felt like they were getting closer to getting back together, until she found out that he was seeing another girl. When she told him that she knew, he ended it with the other girl and started writing love letters to Kristen.

A few months later, she thought that he was finally coming around, and decided to initiate a conversation about becoming a couple again. Again, he told her that he’d rather be single. She was feeling more and more manipulated and started to realize what he was doing. He was saying all the right things to keep her close, but when she got too close he’d wriggle out of her hands.

Getting led on can make a person feel terrible. When you get fed up, you just want to get as far away from the person as possible. Interestingly enough, this is actually the key to making someone stop leading you on…

What to do when your ex leads you on

Like I said above, sometimes a person will lead someone on because they like to keep their options open. Other times however, they want to be with the person but aren’t able to commit. They lack the self control to put space between the two of them while they figure things out. Things end up getting tangled and confusing, and one person feels like they’re being led on while the other person feels like they don’t know how to find the right balance that will help them get organized.

Whatever the case may be for you, the key is going to be space.

If you’re familiar with my philosophy, then you know that I often say that the key to making an ex want you back is making them fear losing you for good. You want them to figure out that there are stakes, and that their life would be better with you in it. 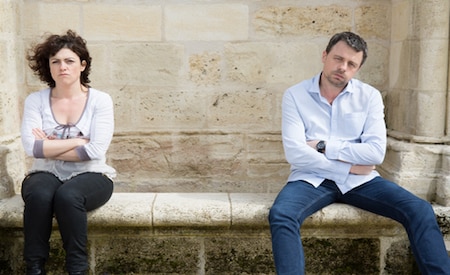 So, you want to put space between you. Give your ex the opportunity to miss you. Depending on your situation, you could benefit greatly from using the no contact rule. As each situation is entirely unique, I encourage you to click to link to find out if this tool is for you!

READ THIS
My husband is unhappy and our marriage is unstable

Pour all your energy into bouncing back from the breakup and becoming truly happy again.

Your ex has to understand that you’re not going to wait around for them, and that you’re worth commitment. You bring so much to the table that they’d be silly to pass up the opportunity to be your partner.

Don’t make it easy for them to take you for granted. If you hand them your presence and love on a silver platter (after they’ve been taking you for granted), they’re not going to see any reason to change their ways.

They get to have their cake and eat it too. You’re around, but they don’t feel like they need to commit to you because you aren’t going anywhere.

Don’t be at your ex’s beck and call! I know that you want to make things easy and convenient so that you can just get back together already, but human nature doesn’t work like that – especially not when it comes to getting back together with an ex. If you’re being led on, then you’ve got to make your ex get nervous at the thought of losing you. As I said, the truth is that unfortunately it’s too easy for your ex to lead you on and take you for granted at this point, so switch things up!

Nope, you’re not available to come over tonight because you’re checking out the new restaurant that opened with your friends. No sorry, can’t talk right now, the salsa class you’ve signed up for it about to start and you’re about to have so much fun. You’ll call your ex back when you’ve gotten home from your weekend road trip with your buddies in a few days.

Your ex cannot be placed on a pedestal – especially when you’ve been led on. You aren’t at his or her beck and call, and making them understand this is the key to making them become more interested in you.

I know that this might seem confusing, so if you’d like one on one guidance all you have to do is reach out to me right here.

Your coach when you’re being led on