Is asking an ex for forgiveness a good idea? 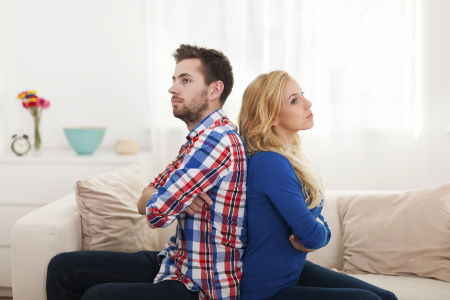 After a breakup it’s often hard to figure out how to act around your ex. It’s completely normal to be asking yourself tons of questions, to feel completely uncertain of what to feel and what to do. You’re not the only one who’s going through this period of endless doubts and questions with no answers. Yes, many of my readers have the same reaction after a breakup; the same reflexes/impulses, the same uncertainties, the same questions…

In fact, one of the biggest things that you’re worrying about is whether or not you should be asking an ex for forgiveness. I wanted to focus on this topic today. Consequently, if you have questions for me, instead of sending me a private message, go ahead and leave a comment at the bottom of this article. I always give a timely and detailed response. I know there’s something you’re unsure about, and I’m not going to leave you in the dark. So how, when, and why should you ask your ex to forgive you? I’ll share my guidelines with you in this article.

Should you be asking an ex for forgiveness?

The first important thing to point out is that if you’re wondering about apologizing to your ex, you’ve probably done something wrong! Why do I say that? Because unfortunately many men and women feel like they need to say sorry to their ex without ever having done anything that they should apologize for in the first place.

So why do they do this?

These men and women, maybe including you, don’t have enough self-confidence and think that by saying sorry they’ll be able to put the pieces back together. However, putting your ex on a pedestal in this way is far from the ideal way to rebuild a relationship. You should never look like someone weak, who has no character, who is dependent on their ex. Please don’t take it the wrong way, I’m not judging the way you feel; I’m just drawing your attention to things I’ve seen through my experience.

If you’re in this situation, you might be trying to soften up your ex. Maybe you’re thinking that they’ll start to feel guilty because you’re going through a very tough period. Asking an ex for forgiveness under these circumstances is something to avoid at all costs. The first thing you need to do is rebuild your self-confidence, and in order to do so I suggest reading this article and sharing your story in the comments below. Then, in order to convince your ex to take you back, you’re going to have to follow specific techniques.

READ THIS
How To Make Someone Want You Back

In any case, wanting to be forgiven isn’t always forbidden. When you’re responsible for the breakup or if one of your mistakes was the source of conflict, it is logical that you should be the person making the first move and ask the one you’ve hurt for forgiveness. However, the point isn’t to go about doing this to get back together with your ex; it’s about acknowledging your mistakes. Asking for forgiveness should serve as a gateway to communication that is essential when trying to convince an ex to get back together.

In general asking for forgiveness when you’ve made any kind of mistake, big or small, is logical. So why wouldn’t it be in issues pertaining to love?

Love is no exception to the rule!

If you’re been unfaithful and you want to get back together with your ex, do you really think you’d succeed without admitting what you did wrong and sincerely apologizing for it? Sooner or later, you’re going to have to ask your husband for forgiveness, or ask your wife for forgiveness for the mistake you’ve made and the pain you’ve caused.

Sometimes this is the very first step to take in order to really prove to your ex that your regret is sincere and that you want to move forward together after the breakup.

Other times, maybe you’ve committed mistakes but you don’t necessarily want to get back together. Should you apologize in this case?

Normally most people would refuse to forgive, but put yourself in your ex’s shoes. Holding on to a grudge can be a way for them to move on even if it’s without you. So apologizing also serves as a way to reestablish “good” rapport despite the separation, and for you to show good intent.

How to present an apology to an ex?

Asking an ex for forgiveness has to be well thought out. You’re going to have to be convincing because your ex might not want to give you the time of day. It’s therefore essential to properly set things up so that your ex-partner will easily accept hearing you out and ultimately forgive you. In order to do this, there are two very effective methods.

READ THIS
Can I Get Him Back: What Are The Odds?

Forget simply texting “I’m sorry, I love you” because this won’t help you and might even make things worse. This is not a good way to present an apologies to your ex.

Apologizing to an ex: The delivery is equally important as the words!

You have to take real initiative in order to make your ex want to take you back. Something very powerful and useful is writing a letter. Thanks to these words you’re going to be able to show your ex the side of you that they’re hoping to see. You’ll be able to explain your gesture without necessarily having to justify your actions (it is better to take responsibility for what you did and not blame others.)

Next up, obviously you’ll have to be forgiven and convince your ex that you’re really going to change. What happened is in the past and you are still able to correspond to their needs. If you’d like more information, you can also seek a one on one personalized coaching session.

The second way to ask an ex for forgiveness is face-to-face. If you have the opportunity to speak to the person you love despite the bitterness, you have to take advantage of being able to have a frank and sincere conversation. You have an advantage over the written letter because in this situation you can also communicate with your eyes and body language. If you’re sincere, your ex will see it. Don’t plan a speech in advance; just speak from your heart. Making the effort to speak face to face will show your ex that you’re not hiding behind your phone or a Facebook messages. You’ll be taking responsibility for your actions and this will help your ex to see you in a brand new light.

The coach to help you apologies to your ex