Change the dynamic of a relationship to rebound from a breakup 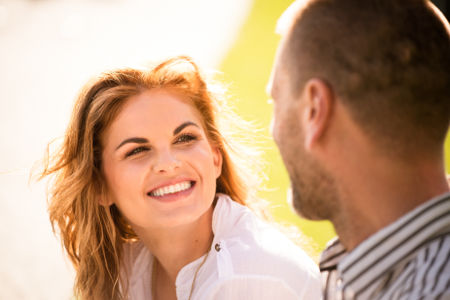 I bet the title of this article sounds like a dream for pretty much all my readers. You imagine your ex, the person you made the decision to leave you, the one that made you feel awful, criticized you, and hurt you more than anyone ever has, as the one who regrets their decision and is coming to present their apologies and asking you to take them back. No, this isn’t a dream! What I just described to you is something that very much exists and it even has a name: Inversed Dependence.

When you’re wondering how to reverse the roles in a breakup, you should know that you’re going to have to set aside what feels natural to you. There is a small element of manipulation that is going to come into play but trust me, it’s for a good cause so there’s nothing to worry about.

That said, you should be careful not to take it too far, and we are not here to seek vengeance on your ex for making you suffer. If you want to change the dynamic of a relationship because you know you did something wrong or because you still feel like you have a chance, then I am here to guide you via this article.

But if your goal is to hurt your ex because you can’t accept the breakup you can go ahead and close this page.

So, inversed dependence is something that will require a lot of effort because no detail can go overlooked, and even the smallest mistake can set you back considerably. I will explore the basics of this technique in this article, but if you want to know even more, you can find all the steps in our eBook, 70 Pro Tips To Get Back With Your Ex.

What Is inversed dependence?

For a lot of people, inversed dependence is a complete mystery as it is one of the most delicate techniques that exist. Moreover, as I mentioned above, there is a small element of manipulation because you will be working with your ex’s emotions.

In my opinion you’re actually manipulating them in a positive way because all you’re trying to do is open their eyes to how happy they could be with you.

Inversed dependence allows you to show yourself in the best light… So much so that the person that decided to leave you begins to regret their decision as they realize that they passed by an amazing opportunity. The goal is to make them feel that their actions were hasty and that it wasn’t a good idea to break up.

To do so you have to use the basic elements of getting back together and be able to show your ex that you’ve made the necessary improvements (and this has to be true!) If your evolution is a temporary fix, then the inverse dependence will be temporary as well.

READ THIS
Her ex came back after a rebound & yours can too!

When you’re wondering how to reverse the roles after a breakup, you have to be sincere and see things through.

This way, if you show that you’ve really understood what you had been doing wrong and your attitude finally corresponds to what your ex-partner wants, a seed of doubt will be planted in their mind.

They will begin to doubt their decision to leave you, and as soon as an ex starts to wonder, “Was it a good idea to leave my ex and tell them that I don’t have feelings for them anymore,” it means that you’re on the right track!

The goal of inversed dependence is rooted in confidence and showing your ex that you two can be on the same page.

Concretely speaking, how can I change the dynamic of a relationship after a breakup?

There are multiple ways to change the dynamic of a relationship after a breakup and to get the results you want. As I had said above, you have to be able to show your ex some real changes in order to spark their interest, but there is another, very striking method available to you as well.

I reverse the roles via my own personal improvements

Careful, there are some dos and don’ts here. You always have to try to meet your ex’s expectations. Don’t base your actions on what you’d like the relationship to be like; base them on what your ex wants.

For example, if your ex was waiting for weeks for you to fix the leaky faucet, but in order to show the new and improved version of yourself you decide to repair the tiles…

Well, your ex will think that you just don’t get it. Of course each relationship will have its own needs, so it’s up to you to interpret this general example and apply it to your own situation. If you’re unsure of what your ex wants, I suggest you discuss it with my in a private, personalized coaching session.

You can go ahead and click here to book an appointment with me.

It’s crucial to be aware of your ex’s actual wants and needs because if you don’t recognize them, your ex will remain convinced that they made the right decision in leaving someone who couldn’t provide them with what they want.

So by proving that you share the same wants and expectations you’ll be able to bring about a form of inversed dependence. But that isn’t the only option…

When you want to provoke an intense emotional need, there is one very strong technique. The only thing is that it can become painful for you because it requires suddenly (and temporarily) cutting ties with your ex.

READ THIS
My ex has a new girlfriend : 5 tips to handle this situation the right way!

This is a well-known tool and you guessed it; it’s Radio Silence. If you’re unfamiliar with this technique that can throw your ex for a loop, I suggest you check out this free guide.

By deciding to voluntarily cut ties, you’re automatically going to make your ex begin to miss you and thus change the dynamic of a relationship; especially if you had been in a long term relationship.

An ex that decides to break up can be in just as much pain as you are, and sometimes they feel even worse because they’ll always wonder if they made the right choice or not.

Ignoring your ex isn’t easy for everyone. You’ll show your strength of character, and your ex-partner will probably think that they had misjudged you. This technique can turn things around completely and might even result in your ex chasing after you!

What do I do once the roles are reversed?

If you’ve been able to properly carry out one of these methods for getting back your ex, or even both at the same time as personal improvement and RS aren’t contradictory terms, and you’ve been able to get a reaction out of your ex but they’re not quite back in your arms yet, you’ve got to keep doing what you’re doing.

At this stage be careful not to rush things. Don’t ask yourself how to reverse the roles after the breakup anymore and turn your focus to locking it in so that my ex will return for good. You don’t have do anything striking; you’ve got to keep going, but not any which way…

I would suggest that you start working on re-seducing your ex by doing the things you were doing in the very beginning of your relationship. Sometimes you have to rediscover each other and show one another that you’re ready to start over fresh.

It’s also very important to tell your ex that you’re not angry with them about the breakup and that you’re ready to move on from this rough patch towards a common goal: being happy together.

Your friend and coach in love when looking to change the dynamic of a relationship after a breakup.