He got his ex back on WithMyExAgain.com : Find out how he did it! 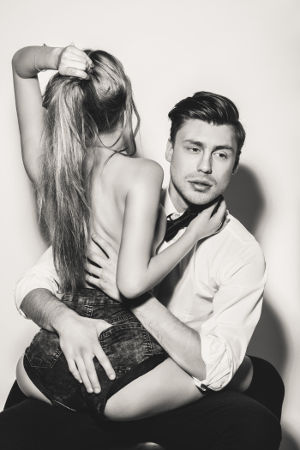 Jerome attended 3 coaching sessions in the span of 28 days, and he was able to reach his goal in less than a month. Don’t you think this is incredible? Do you think he’s lucky? Yes, he was able to get back together with the woman he loves thank to my guidance, but you can do the same. Discover the advice we applied to Jerome’s situation which in turn allowed him to get back together with his ex.

A breakup can be a very painful experience, but just like the 6 out of 10 people that contact me for a personalized coaching session, you too can have the chance of your ex returning to you; If he got his ex back trust that you can too!

If you consider the amount of single people, and how hard it is for men and women to find Love, then you can see how it is actually easier for a person to get back together with their ex than to start a new relationship with someone else.
It’s a good idea isn’t it?

We have been doing what we do since 2007, and as we’ve been fighting by your side to help you bring your soul mate back into your arms so I can confirm that my method works and that it can rebuild your relationship so that it ends up being even stronger than before! You have to choose the right coach and the right methods, but that’s another story!

The goal isn’t to simply get you back together with your ex, there’s the whole element of your personal happiness in love.
In order to give you a better idea of our philosophy as coaches and relationship experts, let’s look at Jerome’s story and the 3 actions we set into motion in order to plant a seed of doubt in his ex’s mind.

Asking for your ex’s forgiveness is pointless!

Drill this sentence into your mind: asking for your ex’s forgiveness is pointless if you’re trying to get back together! And worse still, it could even damage your odds of success.

When Jerome got in touch with me via the phone, we immediately zeroed in on the situation. He had just committed a variety of mistakes such as crying, making promises and offering gifts. While trying to obtain his ex’s forgiveness, he was ruining his chances of once again being with the girl he loves. When you’re trying to restart a relationship, you shouldn’t be focusing on forgiveness, at least not at the very beginning.

READ THIS
I still live with my ex how can we make it work?

I explained to him that committing these interdictions isn’t the end of the world but that he needed to stop doing them immediately. He had to forget his mistakes as soon as possible if he wanted to once again find happiness with his ex.
After a coaching exercise, I helped him to realize what his ex-partner needed: She needed to breathe. He was emotionally dependent and too jealous. We decided to set in place a certain distance with the goal of making an even stronger comeback in terms of his words and actions. I asked him to follow my guidelines closely and employ radio silence for 14 days.

In order to make sure he wasn’t left with nothing to do, I asked him to use the time to work on himself physically while taking back control of his personal life. Together we designed an effective plan of action geared towards slowly but surely rebuilding his morale.

When is the right time to forget about the past?

If you want successful radio silence, you have to plan your next move. Side note, if it’s not possible to completely sever contact I suggest that you just make an effort to not lose your initiative. Don’t get in touch with your ex unless it’s something important, like your children for example.

In Jerome’s case, I helped him write a letter to his ex with the goal of moving on from the past. At this precise moment the subject was not getting back together but rather focusing on his ex’s need for space.

The hand-written letter for an ex is a trustworthy tool that helps you to stop focusing on the errors of the past while focusing on the present moment and the personal changes that you’ll have to show your ex.

For Jerome, the letter was an exercise in evaluation and finding a solution in terms of their future together. It’s a powerful technique for analysis that you can learn more about in our latest eBook; “70 Pro Tips To Get Back With Your Ex.”
We sent his ex this letter by mail in order to communicate to her his position reflection on the subject, his explanations of the errors he made in the past, and to share the shock he went through following the breakup. In the majority of cases, these are the three main things that I recommend. Studying the situation as well as taking a look inside yourself are essential in order to get through to your ex’s heart.

He got his ex back for good; how did he do it?

I am sure that you still want to figure out exactly how he got his ex back; After having sent the letter and in order to respect the rule of taking things step by step, we got back in touch with her via a simple text message. After a few exchanges in which Jerome’s ex seemed open to communication, we asked to meet up.

READ THIS
Relationship advice to overcome a breakup

Starting at this moment, Jerome’s goal became to learn three shock sentences regarding the breakup Ifhis ex decided to touch on the subject. Otherwise, he was to strictly avoid talking about it and have a great time with her so that she would be smiling. The goal was to NEVER talk about his past mistakes again.

The challenge was met mainly thanks to his work on rebuilding himself during the 4 weeks we worked together He got his ex back in less than a month. Not everyone reaches their goal this quickly but if you follow my advice, you have the chance to get back together with your other half as quickly as humanly possible! It’s always important to not waste time, so the sooner you get in touch with me, the better your chances of success will be.

In order to get back together with your ex, it’s not just about doing the actions I suggest. It’s imperative that you do them perfectly while considering what it is exactly that your ex wants and needs. There is no room for error and if you don’t ensure that your actions will have the biggest impact possible, you’re can say farewell to starting a new relationship with your ex. If you still end up getting back together, you’re risking having to go through this pain again and it might be even harder than the first time.

This is why it’s important to take the time necessary before taking direct action to really think about what you need to do. You have my book at your disposal, my audio seminar, or even a coaching session face to face. You’ll learn how to do the right thing at exactly the right time, and just like Jerome did you’ll be able to move on from this breakup.

Don’t hesitate to comment on this article with your own story, and I’ll be able to answer all your questions.

I wish you the very best in your attempt at getting back together.

Relationship expert for getting back together with your ex quickly