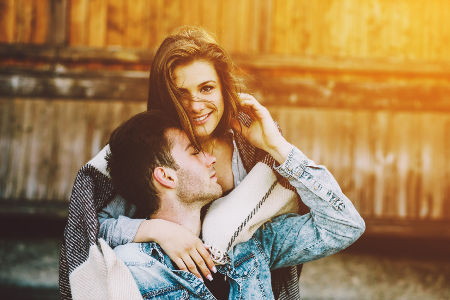 You just broke up but in 3 out of 4 cases this doesn’t mean that it’s all over! Over 500,000 people benefit from our advice across our different platforms each month worldwide in order to save their relationship or to get back together with their ex, and that means that there is still hope!

Whether it’s in 3 weeks, 5 months, or sometimes even over a year, an considerable amount of people have succeeded in getting back together with their ex-partner. In fact it’s pretty rare when everything has come to an end when you break up. Nevertheless you should know that just the desire to be together again isn’t going to be enough to make it a reality.

Just thinking that you’re going to try to get your ex back doesn’t mean that they’re going to return to you and there is a whole strategy that exists when trying to figure out how to get a reaction from an ex.

Before you reach this step, you’ll have to carry out some actions that won’t have immediate effects. But don’t worry, I’m not telling you to just wait around patiently…If I was, I wouldn’t write so many articles every day!

Designing a plan of action not only will help you know what to do; it will provide you with effective actions to carry out later on. Not everything in the process of getting back together provides you with instant gratification!

This is why it’s important to have a well-organized plan using a good number of techniques and tools. No situation will have you at a loss!

Your biggest goal will be for your ex to notice all the changes, efforts, and improvements you’ve made. But how can you get a reaction from your ex after the breakup? What methods should you use to start trying to get back together? This is what you will learn in this article.

After each separation, it’s important to make your ex think so that you can plant a seed of doubt in their mind regarding their decision to leave you. They have to think, “My decision was maybe a little too extreme… Did I make the right choice in choosing to break up?” You have to pull out the big guns for this one!

I know very well that before you found this site you were unaware of re-seduction techniques, Radio Silence or even the difference between a long-term relationship and passionate love at first sight. Unfortunately you’ve been brought to discover these things because of a mishap in your love life.

You’ve probably already tried some things but they haven’t bared any fruit. If this is the case it’s high time to try something new and to try some effective techniques that will have a positive impact on your ex.

To get started, the first thing you want to do to make your ex start second guessing their decision is to make some distance between you. This doesn’t mean that you have to use RS right away, but move towards it little by little by becoming less and less present.

READ THIS
Am I too nice to my ex?

This will also help you to avoid making mistakes with your ex. In truth, after a breakup has taken place, we often tend to continue seeing them and eventually becoming oppressive!

You have to do exactly the opposite so that you never suffocate them. If you’ve ever broken up with someone and they had become omnipresent, do you remember how irritating it was? It could be exactly the same thing for your ex.

So when you want to find out how to get a reaction from an ex you first have to be detached, but it doesn’t stop there…

When you want to advance in your attempt at getting back together, you need to really understand the situation so that you know how to adapt the best tools and techniques. I know this sounds obvious but when you’re confronted with an emotional shock it’s sometimes hard to think straight.

You have to take a step back and put things into perspective so that you can use your common sense when you’re trying to get back together with your ex.

I’m sure you understand that a marriage that lasted 20 years has to be approached in a different manner than a relationship that lasted 5 months. This is exactly why you have to figure out what exactly wasn’t working in your relationship as well as what was. We have written an eBook on this subject that you should check out as well.

But that’s not all; the reason behind the breakup will also determine how and when you’re going to use the appropriate tools and techniques. If you’ve broken up because things started feeling too routine, because of infidelity or because of distance, the methods you use for getting a reaction from your ex are not going to be the same.

You’re probably wondering why I’m insisting on these elements but it’s simply because I want to show you how important this phase is when you’re trying to get the right reaction from your ex.

If you know what lead to your current situation, if you ask yourself the right questions every day, you will automatically make the process of getting back together easy. Another important thing to note is that the first step in rebuilding your relationship is not seduction; it’s working on improving yourself.

A radical change to get a reaction from your ex

When you want to make a person second guess their decision you have to give them precise reasons to come back and you’re going to have to get into your ex’s head. You’re not going to get them back by giving them false promises or by sending messages.

You have to start with working on yourself! I’m going to be honest with you, contrary to what “other experts” (that are more into marketing than helping people) might tell you, you’re going to need more than one week to be with your significant other again. You have to know that a week isn’t enough time for your actions to have a serious impact.

READ THIS
I panic when I see my ex, please help what should I do?

Let’s take a simple example. I had coached a man that had neglected his significant other; he stopped taking care of himself; he gained 40 lbs. within a few years after he stopped smoking and became a father.

I immediately advised him to start exercising so that he could once again resemble the man that his wife had found so attractive before. He obviously didn’t lose 35 lbs. in 4 days. This required time, but his wife saw his effort on a daily basis! This is when she started to rethink her decision.

Physical improvements are probably one of the best ways to make your ex notice you but it’s not going to be enough.

You’re going to have to show yourself in the best light. Let’s go back to my example of the man I had been coaching. His wife resented him for not making an effort in their relationship and for being lazy at home because he never helped her with any of the housework.

So I suggested, well actually I told him (I know I can sometimes be very direct when I’m coaching someone but it’s important when it comes to figure out how to get a reaction from an ex!) to start cooking for his wife!

The goal wasn’t to fish for compliments or praises or to have romantic dinner because the night he prepared the meal his wife worked late so he wasn’t with her when she ate it. But even just the table set with her meal waiting for her next to the microwave allowed for a constructive conversation the next day.

A few months ago he wouldn’t have done something like that and these are the types of changes that can help you to bounce back!

Of course you have to adapt my advice to your specific situation but one thing is certain and that is that a radical change will grab your ex’s attention and will help you to get another chance!

One of the biggest mistakes people that follow my guidelines tend to make is to not commit to them for the long run. If you exercise for 2 months and you stop once you’re back together with your ex, you’ll be making the same mistakes; you’ll stop taking care of yourself and your ex’s bitterness will return and the breakup will once again loom over your heads…

The coach when looking to understand how to get a reaction from an ex.