I left the love of my life: What do I do? 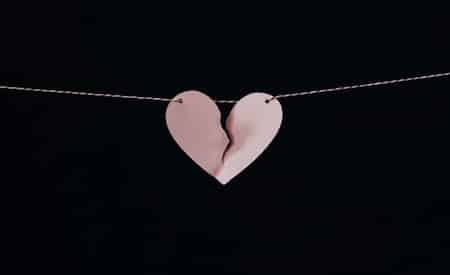 A couple months ago, I received a long email from a client this morning asking me about a very common theme. I work with many people who come to me for help after they left the love of their life and bitterly regret their decision to do so. There are so many reasons why a person might choose to do this, but it’s not uncommon for them to realize that it maybe wasn’t the right choice after some time was allowed to pass. Fortunately, not all hope is lost and there are still plenty of things that you can do to turn things around!

Today’s article is for those of you who are thinking, “I left the love of my life and I want them back.” I’m going to explore what you can start doing today in order to turn things around. Getting an ex back requires patience, self discipline, motivation and perseverance, and if you have all of these things, you are putting all of the odds in your favor. You’ve already gone out of your way to seek out information on what to do in this type of situation, so you’re already on the right track! You aren’t just going to sit around and wait for things to happen… So let’s get started!

I left the love of my life: This is more common than you might think

Love is such a complex emotion. It really makes us behave in ways that we normally wouldn’t, and sometimes it leads to actions that we end up sorely regretting later on down the line.


I know that you might be feeling really isolated and heartbroken given the circumstances, but I wanted to reassure you that you’re not alone in this. As a dedicated love and relationship expert, I work with people dealing with these challenges almost every single day!

Just to give you an idea, here are just a few cases I’ve worked on recently with people who left the person they love.

Andrew called me about a week ago saying that he needed help because he broke up with the woman he loves because he had started to feel that he could find someone that he was more compatible with. He had broken up with her three months ago, because he felt that they were fundamentally too different and he wanted someone a bit more “wild,” but then he began to realize that she had the qualities that he wanted in a long term partner.

He was terrified that he had made the biggest mistake of his life and that she’d never forgive him for breaking her heart and then coming back and asking for a second chance.

READ THIS
My ex wants to stay friends, what should I do ?

Natalia wrote to me saying that she bitterly regretted breaking up with her ex and leaving him for another man. She had been in a longterm relationship with her ex, Jose, but they had a mature, stable relationship that was lacking a bit in the excitement department.

Then she met Michael, who ignited a spark in her. Long story short, she began an affair with Michael and subsequently left Jose for him. The relationship with Michael only lasted a few months, and she found herself realizing that Jose was the love of her life and she no longer felt like she made the right choice in leaving him. 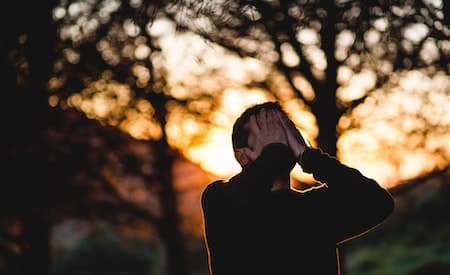 Her work is going to consist of repairing the trust between her and Jose, re attracting him, and then laying out the groundwork for a new relationship between them that does not feel stagnant.

This is the story that I opened this article with. Petra came to me in tears, because after a four year relationship with Christian, she decided to leave him. For the longest time, they had thought of each other as the loves of their lives, but she started to become unsure of that when she couldn’t seem to find the right balance between her fiercely independent nature, and the love she felt for Christian.

She needed to feel a sense of freedom and she felt like the relationship was too big of a responsibility for her. They had multiple breakups because of the tensions that ensued… but then there was the final breakup.

She told me that Christian tried everything in his power to be understanding and to make her happy, but she somehow always managed to be dissatisfied with him. As she explained to me, she had a bad habit of finding reasons to create conflict, because she was addicted to the rush of resolution. Unfortunately, this is the type of thing that can really damage a longterm relationship, and the sense of trust between two people.

The problem she was facing now was that Christian had told her, “I have seen how capable you are of hurting me over the years, despite everything I try to do for you, and sadly I can’t unsee that. I don’t trust you and I don’t see how I could be happy with you in the future.”

Losing the love of your life is one thing, but hearing that they have lost faith in you and the relationship is another. It’s a very hard pill to swallow, especially when you know that you are directly responsible for the situation at hand.

The thing is, as painful as it is to lose the love of your life, it can actually serve as a valuable lesson (and yes, you CAN get them back!)

READ THIS
Break up help: How to get through it

This might come as a surprise to you, but many of the people I work with actually come to me and say that in a strange way, they’re happy that they had to go through this ordeal in order to get back together with the one they love. 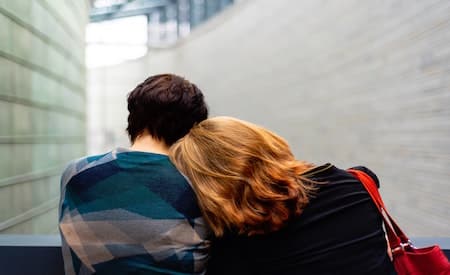 This is what ended up happening with Petra and Christian! The breakup served as a tool to highlight the things that weren’t working in the relationship, but it also gave them the push they needed to make the necessary changes. Once the changes were made and the trust and connection were reestablished between them, their relationship actually became stronger than ever.

So if you have found yourself thinking, “I lost the love of my life,” I highly recommend getting in touch with me or a member of my team for one on one coaching. Each situation is entirely unique and we can help you to define a custom action plan that is going to get you results. It is our mission to help people in your situation to find happiness in love once again, and we have created countless articles to help you do just that.

What I can tell you right here is this. In order to get back together with the love of your life, you need to start with some introspection and find a solid sense of well being. Not only will this help you to restore a sense of self confidence in this challenging period, it’s going to set the stage for a more stable relationship with the one you love.

Your ex is going to have to trust you again, and that begins by you learning to trust yourself and becoming confident in what you bring to the table.

It becomes infinitely easier to re attract and ex when you are living a life that you’re proud of. They aren’t going to want to step back into the same exact relationship that you had before, because you both already know how that ended… so now is the time to work on becoming the 2.0 version of the person they fell in love with so that you can create a relationship that is better than ever before.

As this article comes to an end, I’d like to leave you with this article on how to get back together with someone you left!

If you have any questions at all, please don’t hesitate to leave then in the comments section below.

I sincerely wish you all the best in life and love,