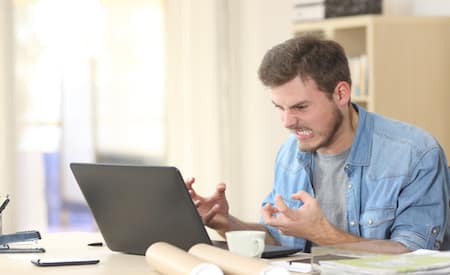 Jealousy is a natural emotion experienced by all of us when we envy others, covet the things others have, compare ourselves to others, and don’t appreciate what life has already given us. It’s a crappy emotion, but a necessary one that can be used to either negatively or positively influence us and push us forward (or backward). But, what’s really strange is when you’re jealous of an ex. Think about it. How can you be jealous of someone you no longer wanted in your life?

I remember when I realized I was jealous of my ex from a previous relationship that I was in years ago, I couldn’t understand it. I kept asking, “Why am I jealous of my ex? One, how are you jealous of someone from the opposite sex? Two, why should I be jealous? I dumped her!” To be honest, the jealousy at first existed because it seemed she was “beating me” at every turn! She seemed to have a much more fulfilling work life – we both worked in legal but her firm was huge and her colleagues a lot more social than mine, while mine was small and rather dull.

Her social life was certainly more active than mine – she was hot, in her early twenties, and living in downtown, along with a new boyfriend who seemed to know all the hot-spots, while I was single, living in what most would call “the hood” and with hardly any romantic or sexual conquests to brag about. Most importantly, the bulk of her heartache was mostly behind her while mine was just beginning.

I did eventually get over it thanks to some introspection and self-assessment, and now I’m here to tell you how to overcome jealousy of an ex.

Why Am I Jealous Of My Ex: Five Ways to Understand It

You still care, are still in love, and used to old behavior patterns that aren’t there anymore

Jealousy is a complicated emotion with many layers to it. When dealing with your own jealousy or an ex jealousy, it helps to understand the root cause of these feelings. If you two had just recently split up, the jealousy after break up exists most likely because either one of you still cares and is still in love with the other. It’s not easy to “just move on” and when one half of an ended relationship is still used to old patterns and behaviors, while the other half is happily getting on with it, its hard to not be jealous of your ex.

I had talked earlier about my own personal struggle dealing with ex jealousy from a previous relationship. And to be honest, it took me longer than it should’ve to get to the bottom of this emotion and see it for what it was. It’s reasons like this why my partners and I started a website and service like With My Ex Again : so I can spare people like you from wasting too much time on unproductive self-analysis from biased points of views from yourself, your family, and your friends.

I realized that being jealous of my ex wasn’t rooted in love, but rather, attachment. I was dealing with jealousy after breakup because I thought I wasn’t attached anymore, but still was. I thought she was still attached to the relationship, but she was well on her way to moving on. I thought she loved me, and the shocking surprise that she didn’t anymore, made me jealous over ex and how it easy it was for her to get a new boyfriend.

Jealousy after breakup is especially hard to deal with when you’re still living in the past while your ex is not. If you’re not over your ex or your old relationship, you picture your life and your everyday through the lens of your old relationship and compare your present existence to a past that only seems better to you because you are jealous of you ex. It also doesn’t help knowing that your ex isn’t ensnared in the same patterns of thinking you are currently in and is putting his or herself first.

READ THIS
How do I save my relationship and get back with the one I love?

It’s your ego that’s making you jealous, not your ex’s behavior

One of the things that makes jealousy after breakup so confusing and hard to solve is that most people don’t realize that the “ex jealousy” exists not because of your ex’s behavior and the decisions he or she has taken to move on with their life, but exists rather because your ego is comparing you to your ex.

It’s your ego and the reluctance to face yourself in the mirror and acknowledge your own shortcomings. As a defense mechanism, your ego makes you jealous of your ex and points the finger at him or her instead of the person looking back in the mirror.

In order to stop feeling jealous over ex, it is necessary for you to gather the strength to admit your own faults and that you are not satisfied with the current version of you. That’s not to say that there’s anything wrong with you. But it is wrong to withhold the best version of you from yourself, your family, your friends, and your future relationships.

And who knows? Once you get out of your own way, this might just be the perfect opportunity for you to turn the tables around and make your ex the jealous one!

Jealous of my ex girlfriend or ex boyfriend: Why it’s dangerous

Even though jealousy is a natural human emotion and an opportunity for self-reflection and improvement, unchecked jealousy can be very dangerous and wreak havoc. When I was jealous of my ex, I let it overcome me until I became unrecognizable to a lot of people. I changed so much that this new me became my identity, even though all my friends knew who I really was and who I could be. They knew I was just jealous about ex. Regardless, I wasn’t my best self.

Because I wasn’t my best self, I lost a grip on things and gave all the power to my ex girlfriend. I became an emotional wreck and it took me a long time to undo the damage I did to myself, all because I let it go unchecked and let jealousy get the best of me.

This, in turn, becomes a self-fulfilling spiral. Being jealous about ex gets the best of you, you lose control emotionally, which turns you into a lesser version of yourself, which makes you unattractive to your ex, or anyone else for that matter. And now, all you’re really left with is an additional obstacle in your way; an unnecessary hump that you need to surmount. 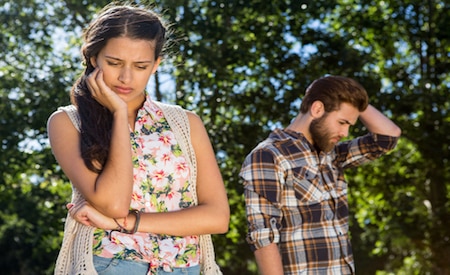 Remember, it is natural to feel jealous of my ex boyfriend or girlfriend. Don’t fight it. Acknowledge it! The faster you do it, the faster you can get over it!

Jealous of my ex : Two tips to control your emotions

When we are in the thick of our negative emotions, it is very difficult to see situations and reality for what they truly are. Jealousy is one of those strongest, most negative emotions that can really knock a person off their center. However, it is possible to counteract this, and not impossible to overcome this!

READ THIS
I can’t live without my ex boyfriend: it’s just too difficult!

We can teach you how to stop being jealous of ex boyfriend or girlfriend and help you gain some perspective. But as stated before, you have to have the courage to look in the mirror and ask yourself, “Why do I feel jealous of my ex?” Only you know the real answers to that question.

If you are already in the weeds of jealousy and don’t know how to get over jealousy of ex, here are a couple of practical tips to help you get over the hump. But keep in mind that these tips will only assist you and cannot take the place of the real work that is required of you: deep self-reflection and introspection:

1/ You can use the Meditation.

Meditation shows us that thoughts are just that and only that: thoughts, and that the owner of those thoughts is the only one with the ability to give power to those thoughts and bring them into reality. Meditation gives us the opportunity to learn how to allow thoughts to come and go, go in and out, and teaches us detachment and emotional recall, which comes in handy when we need to learn how to “let it go.”

When you meditate, it’s just you and your thoughts. There’s nowhere to run and hide from the honest answers to the question, “Why do I feel jealous of my ex”? As you engage with and learn the practice of meditation, those answers will come to you.

2/ Exercise (A LOT) more than usual

People are always going on about the benefits of exercise and how its good for your physical, mental, and emotional health. But they never explain why or how those benefits kick into effect and work for you. First, exercise gets your lungs going and your blood pumping, allowing you to release that negative energy. By the end of an intense workout, you’ll be too tired to be jealous, harbor any negative feelings or resentment, or care about whatever’s bothering you.

Exercise also releases beneficial brain hormones like dopamine (triggered when we meet a goal or accomplish something), endorphins (a pain blocking hormone which helps when you’re on that last stretch of your work-out or dealing with emotional trauma/stress), and serotonin (the happy hormone). So exercise… A LOT, or at least a lot more than you usually do.

If your relationship just ended, want to know how to not be jealous of ex, and are looking for more preventative measures, make a list of things you do well, and constantly put yourself in position to shine in order to regain confidence and self esteem. When you’re not thinking about “the other guy” and only consider yourself to be your most important competition, there’s nothing to be jealous of… other than the person you could be in the future, if you let him or her shine through. Jealousy, like all other emotions are a natural part of life. We can’t expect to never feel, never react, and never experience. It is necessary for our growth as human beings. But no one should wallow in the feeling of “I’m jealous of my ex” unnecessarily, especially when we’re here to help you get over it and help you move forward in your journey.