Making promises to my ex : will it make them come back? 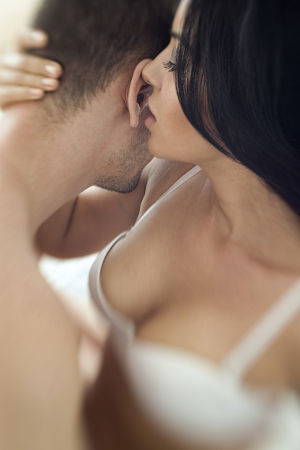 When you want your ex back you’re often willing to do anything. You want to show yourself in the best light, you want to do whatever it takes to be back in their life and unfortunately sometimes you take it too far even though you have good intentions. When you harass and beg your ex, sometimes deep down you know that this isn’t the best thing to do. After a breakup, making promises is one of the easiest and most natural things a person does. You know that multiple things aren’t working so you’re trying to make up for it.

To be honest with you, even if this isn’t the easiest thing to hear, telling the man or woman you want back that you’re going to change isn’t the key to succeeding in getting back together. In truth, the period that follows is what complicates things. Tensions arise when you have trouble keeping your word. However, you may wonder or be telling yourself if making promises to my ex is a bad thing if you’re actually able to stay true to your word. Wouldn’t this just mean that you’ve understood what needs to change and that you’re now on the right path?

If you’re reading this article it’s probably because you’ve already made some promises or you’re about to do so. So either your ex doesn’t believe you’re capable of change or you’re wondering if it’s a good idea to do this and to swear that you’re going to make improvements. I’m going to answer these questions and as usual guide you through this complicated period that’s never easy to go through when you don’t know how to proceed.

Is making promises to my ex a good idea or a bad one?

There are certain reflexes that are the same for both men and women, so making the effort to stop bad habits after the breakup happens very, very often. It’s simply because when the breakup is only decided by one of the two partners, the second one tends to start feeling completely inferior. This ends up pushing you to say “yes” to all of your partner’s demands, especially if the ex had already asked you to do so dozens of times. You want to do whatever it takes to improve the situation.

In turn, you end up feeling less and less natural and this doesn’t do anything to help your attempt at getting back together. As I had mentioned above, making promises to your ex isn’t what’s going to make them take you back. In fact, they might even react negatively and think, “You always wait for the last moment to do something and you don’t do anything unless you feel threatened!” This is why it’s so important to focus on poignant actions instead of words that might not ever become a reality. This is not what your ex wants from you.

I’m not saying that making promises to your ex has no use in your attempt at getting back together; but rather that it’s better to take action and to truly evolve. They may very well believe you but you’re putting extra pressure on yourself, and if you can’t stay true to your word you’ll risk having even more problems.

Actions are better than promises for getting your ex back!

Getting your ex back isn’t about making false promises to your ex or sitting around with your arms crossed waiting for them to make the effort to get back together. There are other methods (which you can find on this site) that must be used if you want concrete results, because just hoping for something isn’t going to be enough.

Based on your situation, some methods will be more appropriate than others. Each person’s story is of course different, so the strategies will be as well. It’s important for me to help you by taking your specific situation into account.

To take it a step further and to determine what is best for you, I suggest that you read my eBook, “70 Pro Tips To Get Back With Your Ex” that combines advice, analysis, and exercises to use so that you can understand the causes of the separation and how to apply each method to the problem at hand. The best promise that you can make to your ex is being determined to set into motion a proper attempt at getting back together and to show that you’re capable of building a solid couple by meeting your ex’s needs and expectations.

READ THIS
Decode your ex’s behavior

How to show your changes and improvements to your ex

The first thing to understand is that you have to give your ex time if you want them to see your changes. Let me take a simple example that many couples face. Routine in a relationship is oftentimes one of the biggest direct or indirect causes for separation, and if you’re familiar with my philosophy, you know that I suggest proposing new and exciting activities to your ex. It’s imperative to always discover new things in your relationship and this can even include adopting a new attitude.

That said, they’re not going to come back and forget all the time during which you didn’t rise up to the occasion just because you took them to one salsa class or to one new restaurant. You will need patience and as you’ve understood, if you want your ex to see your improvements you’ll have to make these changes and suggest doing new things together.
If you’re not currently in contact with your ex, the best thing to do is to use social media as a way to show that you’re on the right track and that you’re moving forward.

It’s crucial to make efforts first and foremost for yourself before you do so for your ex. You have to become happy once again so that you’ll be able to share it. Be sincere and don’t double deal like a lot of people tend to do.

The coach to contact when wondering should I be making promises to my ex,