My Ex Boyfriend Is Avoiding Me And I Don’t Know What To Do! 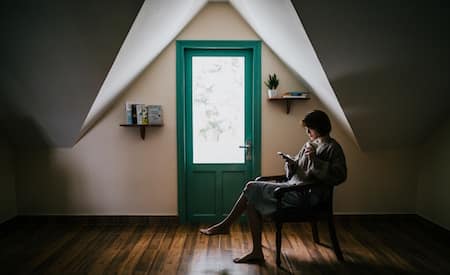 Being avoided by someone is one of the worst feelings in the world, especially when that person happens to be the one you’re in love with. You and your ex have broken up, and as if the pain of the breakup wasn’t bad enough, you’re realizing that he’s actually going out of his way to avoid you. Ouch.

So what’s going on? Why is he acting like this, and more importantly, is there anything you can do about it? It’s a tricky situation because you want him back and you’re terrified of losing him. This may have lead you to make some mistakes, but don’t worry. If you’re wondering, “How come my ex boyfriend is avoiding me and what can I do about it,” you’re in the right place!

Why is my ex boyfriend avoiding me?!

Generally speaking, when I have a client that comes to me saying “My ex boyfriend is avoiding me and I have no idea what to do,” it’s often because some mistakes were made. When someone breaks your heart, you’re hit with a surge of emotions. You’re shocked, hurt, angry, confused, and maybe even lost. It’s like someone just ripped the rug out from beneath you. You’ll try to hold on to any last shred of hope and seek reassurance that you haven’t lost your ex forever.

You know that this is your soul mate and that you’re meant to be together, so you cannot accept the breakup. The result is that you’ll cling to your ex in hopes of convincing him to reconsider his decision to leave and this is where most of the problems arise. So many of my clients inadvertently suffocate their exes because they can’t accept that things have ended, and when I tell them what I’m about to say to you, they’re totally caught off guard.

You have to accept the breakup.

Wait what? Isn’t this a site for getting people back together?!

Yes, it is! And accepting the breakup is actually one of the biggest steps in doing just that. Allow me to explain…

Breakups always happen for a reason. Something wasn’t working and your ex deemed the problem to be too great to work through. If you want to convince your ex to take you back, you have to accept that there was a problem and the breakup was the result. I’m going to expand on this in a moment.

A common mistake that I see is that a person will pretend that the relationship didn’t have a fundamental flaw and will beg and plead their ex to just come back and pick things up where they left off. This is basically building a relationship on a weak foundation, and your ex does not want to step right back into a relationship that clearly wasn’t working!

READ THIS
What To Do When He Needs Space But You Want To Be Together Again!

You’re going to have to propose something entirely new to him… But I’m getting ahead of myself.

You’re thinking, “My ex boyfriend is ignoring me right now and I need to know what to do!”

So, it is possible that you’ve made some mistakes. Perhaps you called and texted him too many times and make him feel overwhelmed, maybe you were begging and pleading with him to take you back, maybe you kept trying to see him, perhaps you have been trying to get to him through his friends, or maybe you just haven’t been allowing him to digest the breakup and breathe. Guys don’t like feeling suffocated. Well, no one does.

When your ex boyfriend ignores you, it means that he NEEDS space.

He’s forcefully putting distance between you because he feels like it’s the only way he can get some space. We all deal with breakups differently, and it is possible that you haven’t really done anything wrong!

One of my clients, Lisette, recently wrote to me saying, “… We broke up on good terms and I thought we would stay friends at least. Now I’m realizing that I still want to be in a relationship with him but at the same time, I’ve noticed that I think he’s actually avoiding me now…” 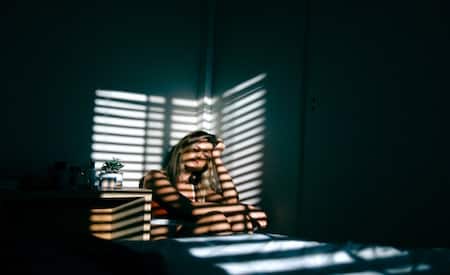 Lisette had already been making an effort to give her ex space and time to deal with his emotions after the breakup. She wasn’t clinging to him or begging him to take her back. In fact, she knew that it would only make things worse if she tried to force him to spend time with her, but she noticed that the few times she did reach out, he would wiggle out of seeing her at all.

In analyzing the situation, we came to find that this was his coping mechanism. He was hurt by the breakup and he needed to isolate himself in order to move get through his feelings.

Another reason behind this type of behavior is sometimes that the ex in question is trying to move on with someone else. He doesn’t want to hurt you, or complicate matters by letting you know about it, so he avoids you. More often than not, this will be a rebound relationship that does not last long at all.

Sometimes you end up being ignored by your ex boyfriend because he’s upset about something and doesn’t know how to talk to you about it or handle his emotions. Many people shut down when they’re upset, and they might even build up walls.

It is also possible that he’s just trying to put space between you so that he can bounce back from the breakup. People often mistakenly think that only the person who got broken up with is in pain after a breakup, but it affects both people. He might be hurting just as much as you are.

Whatever the case may be, you want to know how to make him stop ignoring you, so let’s dive right in!

My ex boyfriend is ignoring me: Here’s what to do!

As I said above, your ex clearly wants space… so you’re going to need to give him space.

But I don’t mean that you should just sit on the couch with your arms crossed, angry about the situation and feeling sorry for yourself. If you’re familiar with my philosophy on getting people back together, then you know that I always stress the importance of giving your ex space while you begin to work on yourself.

Working on yourself is key here. Depending on the severity of the situation, and in most cases it’s the ideal tool, I suggest using the No Contact Rule. For more in depth information on this technique, I encourage you to click the link!

Cutting contact with your ex for a predetermined period of time can actually work wonders. He has probably grown used to having you around, and he has taken your presence for granted. He probably also feels that you’ll be around whenever he feels like talking to you or spending time with you, so there’s no cause for concern on his end. Simply put, up until now it’s been easy for him to take you for granted and that needs to change.

If the question “What to do if my ex boyfriend is ignoring me is at the forefront of your mind, you’re going to have to switch your focus to making your life amazing.

Instead of spending time trying to get closer to your ex or wracking your brain about how to know if your ex boyfriend is ignoring you, fill up your schedule with things that bring you joy. Not only will you be restoring and boosting your self confidence, you’ll be helping your ex to see what he lost. 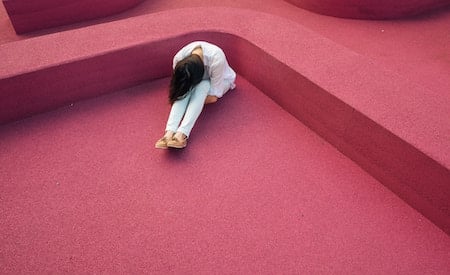 By becoming a new and improved version of yourself, you’ll remind him of the person he fell in love with in the first place, and by suddenly disappearing, you’ll make him want to go out of his way to get in touch with you. It’s human nature. When you abruptly take something away from someone, they’ll want it back. They don’t like to not feel in control of the situation.

When you’re thinking, “My ex boyfriend is avoiding me,” it’s crucial that you switch your focus to yourself. Take him off that pedestal and it’s time to become selfish! A bit of selfishness can actually be a great thing when things have become unbalanced.

As always, if you have any questions please don’t hesitate to leave them in the comments section below.

Your coach when your ex boyfriend is avoiding you