Should I give my ex an ultimatum to make him come back? 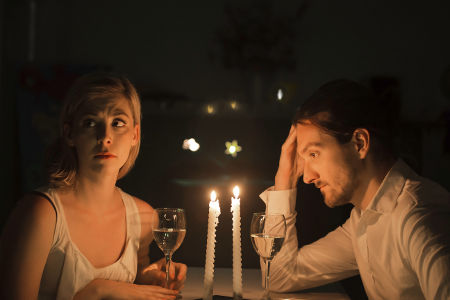 Are you starting to get frustrated by the fact that you’re no longer with the man you love? Do you want to get back with your ex boyfriend right away and are tired of waiting? Are you looking for the best possible way to make him commit again? Going through a breakup is hard and I understand how you can start to become impatient when the man you love isn’t showing any interest in getting back together.

If you are asking yourself how to “give my ex an ultimatum” to force him to get back together or to know where you stand, than this article is for you! I am going to share unique insights learned during my numerous one on one coaching sessions with women who ask themselves the same questions that you are ask yourself.

Is giving your ex boyfriend an ultimatum even a good idea?

If you have reached the point where you are considering giving your ex an ultimatum you are either being impatient or you must feel that you have been chasing him for far too long following a breakup. Trying to force his hand can be counterproductive because you cannot force him to want to be with you. Even if you are successful in convincing him to give you a second chance, the way by which you would reach your goal could become a problem moving forward. Your ex will resent the fact that you pressured him into getting back together and he may feel that he wasn’t ready for it.

An ultimatum can be done in various ways; You can tell your ex that this is his last chance to potentially get back together otherwise you intend on moving on and never speak to him again; or you could start to flirt with other men and try to make him jealous in order to cause a reaction. I have also seen other women try to pressure their ex through mutual friends and family members. No matter how you intend to go about it, I usually don’t recommend that you use an ultimatum as a means of getting back with the one you love. There are better and more effective ways to make your ex want to get back with you on his own!

READ THIS
I pushed my ex away, how do I make them come back again?

Should I give my ex an ultimatum if it isn’t the first breakup?

You may be less patient if it isn’t the first breakup; I have spoken to numerous women who lost their cool following the third, fourth or even fifth breakup and wanted to force their man to change and get back with them all at once. How many times have I heard: “I have to give my ex an ultimatum to make him realize that I am not messing around this time and that I will walk away if he continues to act this way;” although I understand their frustration and desperation, I am still not convinced it is the best way to go if you are really hoping to be in a stable long term relationship with your significant other!

If you have broken up with your ex multiple times it means that you are facing deep rooted issues that need to be addressed before considering getting back together. There’s no point in trying to force the issue and to pretend like everything is ok, otherwise you will end up breaking up yet again. If you do not change the dynamic and fix the real issues how can you expect to be happy together? An ultimatum can be effective in some situations where you have done everything to prove to your ex that you are the one that can make him happy in the long run; but after multiple breakups I really advise you to stay away from this approach, otherwise you may end up hurting you and your ex more than anything else.

The best ways to make him want to get back together

To convince your ex to get back together you simply need to prove to him that you can make him happy in the long run. The trick is that in order to do this successfully you cannot be do it through words or even by doing actions for your ex. You need to change for you, for your own well-being and to be at peace with yourself. It is by being fulfilled on your own that you can quickly make your ex want to be with you; and to share some of that positive energy that you will have re-discovered.

READ THIS
Starting again with an ex is possible if you act fast!

Most people are focused exclusively on their ex; and you too are probably obsessing about being with him again. But the more you worry about him and the less you will focus on what you need to do to feel better and to change for your sake and ultimately for your relationship’s. You need to give your ex space to miss you and to want to be with you. Most people make the mistake of being overbearing and doing too much to show that they care and that they deserve another chance because they really love their ex. But he doesn’t care about that! All he wants is to be happy and to be with someone that will make him feel good about himself, someone that he can project himself in the future with and envision happiness.

Don’t try to use fear or an ultimatum to become that person; Change and once again be the one that you were at the beginning of your relationship when you seduced and inspired him to commit to you. Your relationship will only work if your ex chooses to be with you, by his own free will. If you try to force him into getting back together it will backfire sooner or later.

If you have questions or want to share what you are going through with other readers don’t hesitate to leave your thoughts in the comments section below. I will be sure to respond to every comment received and give you tailored feedback and a viable alternative to a potential ultimatum.

The coach to reach out too when debating whether to give him an ultimatum to get back together,