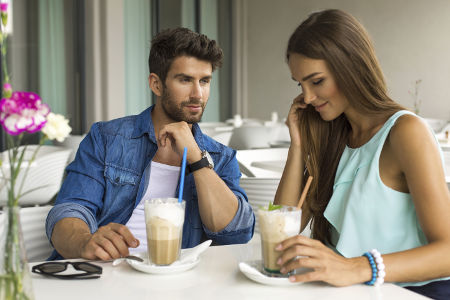 Not every man or woman that goes through a breakup envisions getting back together, or at least not at first. If you were attracted by the title of this article, you’re probably not in the same mindset as someone who wants to design the perfect way to get back together with their ex.

As of now, you have something else in mind and it’s not necessarily the best thing to do even after a breakup. You have suffered because of the separation and you’re still hurting, so you want your ex to feel your pain. You want to give them a taste of their own medicine so to speak, and make sure that they feel just as bad as you do now.

Nevertheless, think about it. Is this really a good idea? Does this correspond to the person you want to be and the way that you want people to see you? I completely understand that you would want to even the odds, but deep down, do you really want to make them suffer? Many people feel no doubts on the subject but once they’ve done something, they regret it and realize that it wasn’t worth it. Is seeking revenge on an ex a good idea? Isn’t it better to turn the page? Will vengeance really make you feel better? There are so many questions that are making it hard to have a clear idea, but luckily, an expert’s guidelines are here to help!

Your ex is just as unhappy as you are!

Deciding to breakup isn’t an easy choice to make. I know many of you are thinking, “My ex is ecstatic about the fact that we aren’t together anymore and that I’m hurting, and I’m sure that they don’t feel anything for me anymore and everything is over.” So you start feeling vengeful and you want to make your ex regret what they did.

However, you should know that leaving you isn’t something that’s making your ex jump for joy. Ending a relationship isn’t an easy thing to decide and it usually is something they had been thinking about for weeks or for months.

READ THIS
When should I reach out to my ex again following a breakup?

It’s important to note that your ex is unhappy. I can’t give you false hope and tell you that they definitely regret their decision to break up, but there is always a considerable amount of sadness. The feelings that were still there maybe weren’t enough to support the relationship, and this might explain their decision to leave. One must understand the negative aspects of the relationship so that they can be fixed and to reestablish a balance. In the relationship there was too much – so you’re going to have to tilt things back towards the + .

You felt like they were mocking you all this time and now you’re questioning everything about yourself and you’re losing your self-confidence. A low blow to your ex is what you think the best solution is for making them as miserable as you are. You want them to feel the same sadness you feel but they often already do! Of course sometimes it’s easier to dump someone than to be dumped, but that doesn’t necessarily mean that everything is just peachy in your ex’s life right now.

Will revenge on an ex make me feel better?

If you’re seeking vengeance on your ex-partner it’s because you want them to pay for their mistakes, their betrayal… You were nice to them for too long and now that you’re no longer together, you’ve decided to no longer let them walk all over you. You think that if you give tit for tat, you’ll have some sort of justice.

If you’re familiar with my philosophy you know that making long-term improvements, using the actions that I recommend (radio silence for example) can’t be done in just one day. I therefore suggest that you don’t seek revenge on your ex because even if you’re temporarily satisfied, sadness and remorse will creep in and make you feel even worse.

READ THIS
Relationship advice to overcome a breakup

Here’s a simple example that many people can relate to. After your partner cheated on you, you gave them a second chance, or you left them and slept with someone else and made sure they knew about it. Believe me, when you try to make your ex jealous like this, all you’re doing is shooting yourself in the foot. The moment they no longer want to speak to you, you’ll be feeling even worse than you did before! It’s up to you to make a choice; either you look at things in terms of the long-run and you don’t waste your time trying to hurt your ex, or you try to bring about “justice” and risk having even bigger regrets in the future.

Focusing on having having revenge on your ex reveals the fact that you’re not taking the time to focus on rebuilding yourself. You spend your whole day thinking about them and not what you could do to make sure that you can stop dwelling on this separation.

I know that you want to react, but if you want to do this properly and to not enter into constant conflict, you have to construct a proper foundation especially if you want to start working on getting back together. The first thing you have to do is get your ex out of your head and start working on yourself, (and you don’t improve your love life and your current situation by thinking up evil plans…) Rebuilding yourself after a breakup is necessary for moving forward and this is exactly what you need to do right now!

Your coach for knowing whether or not to seek revenge on an ex.