Should I ignore my ex to get back together? 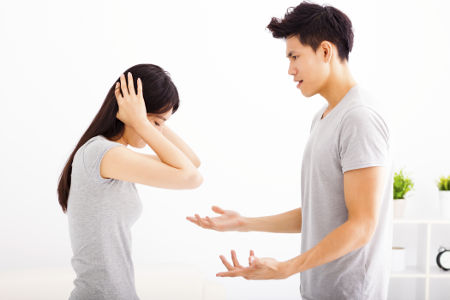 After a breakup, most people make certain mistakes that I call the “interdictions of getting back together.” You’re feeling very emotional, you can’t take this situation anymore, and so it makes perfect sense that you wouldn’t be acting like your usual self.

Nevertheless, when these mistakes start to happen over and over again, it becomes a problem. If you start sticking to a method that doesn’t correspond to your specific situation instead of employing radio silence or making some distance between you and your ex, you’re considerably reducing your odds of getting back together.

Of course I’m not going to let you continue down this path! The most important thing now is to change what you’ve been doing so that you can give your endeavor the chance to succeed.

The idea of ignoring your ex could scare a lot of men and women that want to rebuild their relationship, but there’s no sense in fearing actions that will have a huge (positive) impact.

They’re thinking that ignoring an ex is synonymous with moving on and that if they want to get back together, then they have to be omnipresent. Is this how you see things as well? It’s not that surprising, but in any case, it’s time for things to change!

Most people I coach don’t want to hear this idea but after having coached over 10,000 people, having done dozens of conferences, you can trust me when I say that temporarily not paying attention to your ex will bring about some very positive changes!

You might be asking yourself should I ignore my ex to get back together but is it really going to help you make them come back? It’s simply because by doing so, you’ll make them start to miss you.

At the moment of the breakup, most people think that their ex is going to come back, that their emotions are going to urge them to want to be together again, and this thought process makes the person start acting in less than favorable ways.

You may have made this mistake, but after having read this article and after having discovered my philosophy, you will be able to change things for the better. One of the very first things to do is to realize that dwelling on the past and on your emotions is a mistake.

By taking the necessary distance certain mechanisms will start falling into place. Taking a step back like this is exactly what will catch your ex off-guard and to make thing reflect on the situation. If you make the person you want back think about your absence, they’ll start thinking, “…Maybe I should have given them a second chance!” This is exactly what we want… You want to plant a seed of doubt in their mind!

As soon as you make them regret their decision, you’re going to chip away at their walls and begin to accentuate their unhappiness without you. You can do this with the help of all the techniques for getting back together that you can find on this site as well as in my book, 70 Pro Tips To Get Back With Your Ex.

Ignoring your ex will help you to rebuild yourself instead of constantly checking your phone to see if you have any messages from them or constantly looking on Facebook to see if they’ve written to you, and it will also make them start to miss you!

“Hard to get, hard to forget” after a breakup”

It’s not always easy to start ignoring your ex from one day to the next and it can sometimes be hard on you as well. Your emotions are pushing you to try and get closer to your ex, you don’t want to vanish from their life because you’re afraid that they’ll forget about you forever.

This kind of reasoning is often a sign of some serious emotional dependence so it’s imperative that you fight this if you want to advance. In truth, if you don’t do anything to fight this problem, then each time your ex makes a big decision you won’t have the capacity to properly react.

You’ll always be thinking instead of reacting. If you want to be with your ex again and to have a healthy and strong relationship, you have to make sure you don’t depend on them.

In order to apply this technique of voluntary distance between you and your ex, you can cut all forms of communication. No more messages on Facebook or phone calls, and if you see each other at work or on the street, don’t start conversing; a cordial wave is enough.

This often begins to frustrate your ex. If they don’t make the first step to get closer to you again, then your comeback will have an even greater impact because your ex will see that you’ve been able to detach yourself.

But if you want to be really efficient, you have to see things all the way through and cut all ties with your ex (temporarily of course.)

If one of your friends mentions your ex, you shouldn’t just act like you don’t care or that you’re uninterested. You should show a profound disinterest; because there is no doubt that word will reach your ex’s ears that it seems like you’ve moved on.

You need to send a potent message if you want things to change and that is precisely what you will do if you follow my guidelines. We can even start designing your plan of action right away with a personalized and completely confidential coaching session via the telephone. If you’d like to know more about phone consultations, click here.

YES you should ignore your ex, but within reason!

An attempt at getting back together can’t all be done at a distance. Sooner or later you’re going to have to speak again and so you‘re going to have to get back in touch with your ex. Don’t think that you have to cut contact for 6-12 months because that would be way too much.

You have to think about your situation and figure out the appropriate amount of time. When you want to get your ex back, you have to keep in mind that this involves knowing how to balance your actions. You don’t want to cut contact for too short of a time and you don’t want it to be too long either!

Moreover, it’s important to note that ignoring your ex doesn’t mean that you have to be mean or caustic, or to act like they are worthless. The goal is more or less to consider them like an acquaintance, to smile cordially if you run into one another without trying to have a conversation.

There are certain situations in which you have to will have no choice but to see your ex. If you still live together, if you have kids together etc…. So when you do see each other, act like I just described.

Don’t be needy, and just be pleasant yet distant! This in turn isn’t ignoring a person in the physical sense; you can’t cut all contact or hide between your mother in law’s couch at your kid’s birthday party so that your ex doesn’t see you…It’s ignoring your ex emotionally.

Your coach for making your ex miss you