What to do after a breakup? Here is an expert’s response! 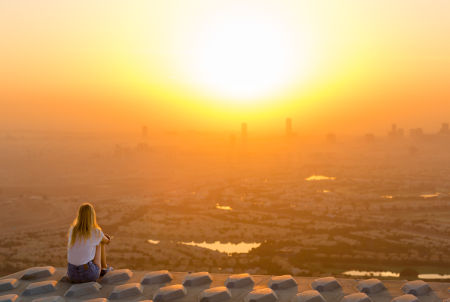 The hardest thing in a separation isn’t the moment in which it happens; it’s what comes next. Every morning you wake up alone is torture, and you think about the relationship you just lost all day long.

You’re envious of the people you know that seem to easily move on from heartbreak, that seem unaffected by the breakup, that are able to live their lives as if nothing has happened.

But instead of being jealous of these people, why not follow their example? You can decide right now to lift your head back up and to move forward. You just need to know how.

In love, when you really believe in it, you are able to move mountains. But this should never be done for others; it should primarily be for yourself, so that you can evolve. You have to first find this determination, and then take advantage of it to bring about change and to find happiness once again.

It’s not always easy to figure out what to do after a breakup, but happiness isn’t only for other people. Nevertheless, it’s up to you to find the motivation to believe in it, because to be honest, even if they’re there for you in your time of need, your friends and family won’t do it for you.

Bouncing back after a breakup is up to you. Whether you want to get back together with your ex or move on, you have to be the one deciding to set in motion the right actions. But what actions? How long will it take? These are probably questions that you’ve been asking yourself, and you’ll find the answers here!

You’re wondering what to do after a breakup? We are here for you!

You’re reading and ‘liking’ articles on this site or watched one of my videos on YouTube, and maybe you’re even left comments every day, so you know that I typically give advice and guidance based on my experience as a relationship expert. My goal is to explain to you which attitude is the best, and what to do to improve your love life.

In this article, I’m going to focus on the actions to avoid doing, because oftentimes, these are generally the ones that can hold you back from bouncing back after a separation!

READ THIS
My ex thinks of me as a friend!

Waiting for the situation to change by itself!

No matter what the problem is, you can’t just wait for things to change by themselves, especially if you’re the only person concerned. Of course in a couple, you make decisions together, you make sacrifices together as well, but today, it’s on you to make the effort to stop suffering, to stop being a prisoner of the past.

If you just wait around, thinking something will happen, saying that only time will fix things, you’re directly shooting yourself in the foot! It’s up to you to do what needs to be done, and locking yourself up at home will not help anything.

No longer believing in yourself

As I explained a little earlier in this article, confidence in yourself is imperative in this type of situation, because this is just about getting back together; this is about you! You might think it’s worth it to wait, but you’re risking allowing regrets to come out on top.

I’ve lost count of how many people say, “I regret the breakup and I want my ex to come back!” in comments on articles such as this one on what happens after a breakup. I don’t want you to end up in the same situation in a few months!

I want to hear you tell me how happy you are in love. So it’s very important to believe in yourself, in rebuilding yourself, and if you’re attempting to get back together, on your own, or with my personal advice on what to do after a breakup.

If you commit interdictions after a breakup

Looking at old text messages of pictures of you together, browsing your ex’s Facebook profile all day long will not help you figure out what to do after a breakup…You have to sometimes be more radical, and cut all ties, so that you avoid being overly present, or to avoid making errors that will hinder you as you try to move forward.

Don’t hesitate to delete your profiles on social media, to employ radio silence or to get rid of everything that reminds you of your ex, your relationship, and your breakup. By doing so, you’ll be less likely to fall back into negative habits, or to become depressed in love.

READ THIS
Take your life into your own hands and turn it all around!

The goal is to set yourself up to be able to rebuild yourself in the best possible ways, as explained in this eBook that has already helped men and women to rebound after a divorce or separation.

How long does it take to forget a breakup?

Nothing happens by accident! I’m saying this because it’s a recurring theme. In fact, during coaching sessions, people often ask me, “How long will it take to bounce back after a breakup? Two weeks? A month? Six months? Over a year!?”

The answer isn’t simple because you’re the one that will decide how long your heartache will last! I can assure that even though setting in motion the correct actions isn’t going to be easy, it will be very effective.

But don’t forget what you really want; you don’t want to get over the breakup overnight; you want to really be able to move on, and that’s exactly what I propose!

If you focus on reestablishing your circle of friends, if you go out, if you work on moving forward professionally, you’ll really reduce the time that you remain depressed. However, if you behave like people that I described a little bit earlier, you’re going to be held back from moving forward, and you’ll be unhappy for a much longer period of time.

Contrary to what some other professionals will tell you, I’m not promising that you’ll feel like a million bucks again in a few days, and that you’ll be back together with your ex in no time.

The solutions and answers to your questions are within you, but you need a boost in order to get moving and design the best strategy for you! Instead of wondering how long it’ll take, start asking yourself what needs to be done in order to feel better after one of life’s hardest challenges.

Your coach to figure out what to do after a breakup.