What To Do When He Needs Space But You Want To Be Together Again! 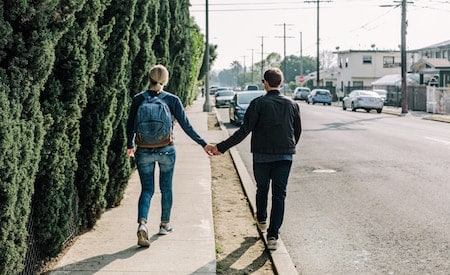 There is no worse feeling than hearing the person you love tell you that they need some space from you. It feels like they don’t want to be around you; like you’re being rejected. This can be even more frightening when you’ve gone through a breakup with this person and you’re finding out that he wants to push you away. It’s enough to make a person panic, but that’s not going to happen to you.

Fortunately, you’ve found this article and I’m going to tell you exactly what you need to do when he needs space! You don’t want to make matters worse than they already are, so there will be some do’s and don’ts to keep in mind.

When our emotions are all over the place, we often make mistakes and inadvertently end up pushing a person away. When things get messy, it’s hard to attract an ex back but anything is possible in love as long as you’re motivated. It’s going to require time, patience, discipline and perseverance. Though it may be hard, keep in mind that rough patches can actually make a relationship better than ever before! You just have to know how to navigate the waters…

What is going on when he says he needs space?

So you and the man you love have broken up. Maybe it was because of betrayal, issues with communication, perhaps it was simply that the flame has dwindled. You’ve come to understand however that this is the person you want to be with. You know need down that you could have an incredible relationship together, but there are things that need to change for that to happen.

You panic at the thought of losing this man forever, and chances are that you’ve been trying pretty hard to keep the connection between you alive. When a person is worried that they’re going to lose someone, they tend to try extra hard to remain close to them.

The problem arises when their behavior becomes suffocating and their ex feels the need to push them away by saying “I need space.”

Oftentimes the person doing the suffocating doesn’t even realize it’s happening! They just want so badly to convince their ex to take them back and that things can work. When the ex boyfriend needs space, they might actually not even accept giving him space, and this just makes matters worse.


At this point, the most recent memory in your ex’s mind is the breakup. It’s a negative thought associated with you. It could involve bitterness, sadness, hurt, or even resentment. He needs time to digest his emotions, heal from the breakup and take a step back to look at the situation objectively. If he feels like you’er hovering over him and not giving him the chance to work through his emotions and bounce back from heartache, he’s only going to resent you more.

READ THIS
The best way to get your ex back every time!

Another possibility is that he knows he can’t heal if you’re always around. Feelings don’t just disappear overnight simply because you broke up! He might be feeling like he needs to force himself to move on and knows he can’t do it if you’re always around. He might also be saying he needs space because he’s begun seeing someone new. It might be a rebound relationship but it might be something more serious.

An ex boyfriend might also tell you he wants space and time because he’s trying to hide something from you. Now before you panic, in the majority of cases it’s simply that he needs space so that he can breathe and digest his emotions while he’s trying to heal from the breakup. I just want to go over the different things that might be going on. An ex might be trying to hide something from you because they don’t want to hurt you, so the easiest way to ensure that is to put space between you.

Ex boyfriend wants space? Here’s what to do!

If you’re wondering what to do when your ex boyfriend wants space,” the answer is quite simple:

The absolute worst thing you could do right now is force your way into his life. Sending him text messages, calling him, or even “accidentally” bumping into him places where you know he’d likely to be is just going to reflect badly on you and make him even more inclined to push you away. There is a reason why he’s asking for space so you don’t want to make him want it even more!

When he wants space, you’re going to have to give him space, but it’s important to be strategic about it. It’s crucial that you use this time to analyze the breakup and understand what exactly went wrong and why he was feeling suffocated in the end. Switch your focus from trying to be close to him to trying to become the absolute best version of yourself. 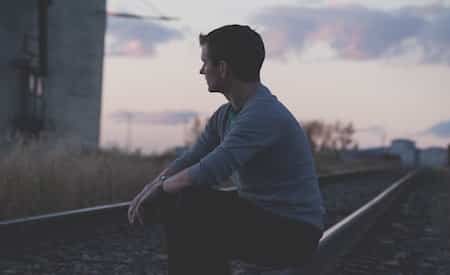 If things have become very messy, I recommend using the no contact rule. To summarize, you cut contact entirely with your ex for a predetermined amount of time.

The goal is to help you to find a better balance, analyze the situation, make improvements in your personal life, and to make him miss you.

If you suddenly stop giving him attention, he’s going to notice right away. Human beings don’t like having things abruptly taken away from them and it’s going to make him think. He’ll wonder why you suddenly lost interest in him… He’ll start to have doubts and wonder if he made the wrong call in letting you go!

The key is to use this time wisely. You can’t just sit around moping on the couch, expecting him to come running back to you. When it comes to what to do when he wants space, you have to inspire him to WANT to come back to you.

READ THIS
Breaking up with someone you love : Good or bad idea?

Right now, you want to let him breathe and then little by little, you can begin to spark his curiosity. Use social media to your advantage and post pictures of all the interesting things you’ve been doing. Spend time with your friends and family, and make an effort to try out new places and activities.

Test out the new restaurants and bars that are opening, make new friends, go on weekend getaways, sign up for that salsa class you’ve been thinking about… There are so many things that you can try! Make sure that you’re filling your schedule up with things that bring you joy.

By doing so, you will remind him of the person he fell in love with in the first place, and he will start to remember the positive memories you two shared. When he sees that you are becoming a new and improved version of that person, he will begin to gravitate back towards you…

My ex boyfriend wants space… How do I get him back?

When there is space between you and your love interest, you have the opportunity to shift the odds back into your favor. Sometimes, we reach a saturation point and we just need a breather. Depending on how intense things got, this period could be either long or short.

You just need to become the one who is in control of the situation. As of now, your ex has seized control by forcefully putting space between you, but you can turn things around by using reverse psychology. 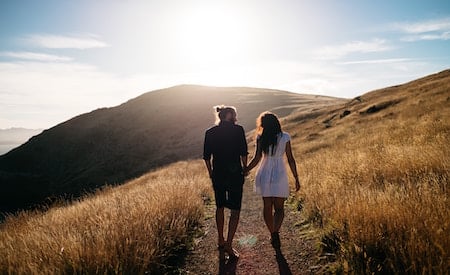 Simply put, reverse psychology consists of making a person do what you want them to do by making them feel like they’ve lost control of the situation. Yes, it is slightly manipulative which means that it should not be abused.

For our purposes, we are going to give your ex the space he wants while making him realize that he actually doesn’t want that space as much as he thought he did. By doing what I explained above (becoming the best version of yourself and living a life that looks very enticing), you will be doing just that.

This will make him pay much more attention to what you’re doing, so it’s crucial that you use this no contact period wisely.

For more information or if you would like one on one guidance throughout this challenging period, don’t hesitate to reach out or to post your question in the comments section below.

Your coach when your ex boyfriend needs space