When all hope is lost with an ex… 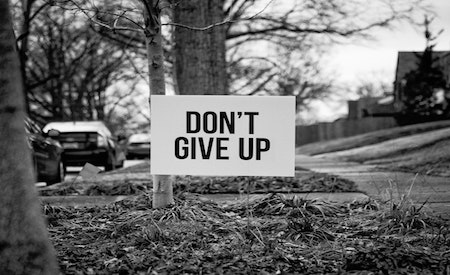 I often have people come to me with one very specific question on their mind. They want to know when exactly they should give up on trying to get someone back. They are worried that it’s a lost cause, but they don’t quite know how to tell for sure.

I wanted to write this article for you today to help you determine whether or not all hope is lost in your attempt at getting the person you love back. Sometimes its hard to see clearly because emotions are running so high. Either you want so badly to be with this person that you can’t see the warning signs that it might be time to move on, or you’ve been so hurt by others in the past that you are having trouble recognizing the signs that there is still hope. When all hope is lost, there is one crucial thing to do, and I will go over that with you as well.

I know that your emotions are feeling pretty intense right about now, but rest assured… By the end of this article you will have much more clarity in regards to what you should do.

Can all hope actually be lost?

As an expert in love and relationships specialized in getting people back together, I can confidently say that in the majority of cases, a person can successfully get their ex back. It takes time, effort, patience, perseverance and motivation, but most relationships can be saved.


Many people make the mistake of thinking that they should be able to get back together with an ex at the drop of a hat and pick up where things left off, but the reality of the situation is that it’s actually much more complex than that.

There is always a reason behind a breakup. They don’t just happen out of the blue. One or more fundamental elements of your previous relationship with this person were not working, and it’s imperative that you find what these were.

You have to come up with tangible solutions and implement them into your life. Once your ex starts to gravitate back towards you, you’ll have to see some efforts being made on their part as well if you want this relationship to withstand the test of time.

There are however some cases in which it’s a lost cause. Sometimes a person can do everything in their power to ensure that they can offer a solid relationship to their ex, but at the end of the day their ex just isn’t open to it. Similarly, there might be red flags or full on relationship deal breakers that they realize that they just can’t move past.

When you lose hope in getting your ex back, there is a simple solution. A lot of people think that if they actively stop trying to get an ex back that they’re closing the door to that possibility forever. Sometimes a person just needs to accept that they have to stop going out of their way to get an ex back and carry on with their life, and that it doesn’t mean that the ex in question might not come back into their lives later on down the line.

You might be thinking, “I’ve lost hope in life and love” because your heart is hurting, but life has a funny way of surprising you when you least expect it.

So even if you are realizing that it’s time to come to terms with the idea of turning the page and moving on, don’t view it as something so black and white. You just need to make decisions that will benefit you and you’ll end up with what’s meant for you – whether that is your ex or someone else.

READ THIS
Why Am I Still In Love With My Ex And What Should I Do?

How to tell when all hope is lost with your ex

Before we talk about what to do when all hope is lost, let’s take a moment to go over how to tell whether or not all hope actually is lost. 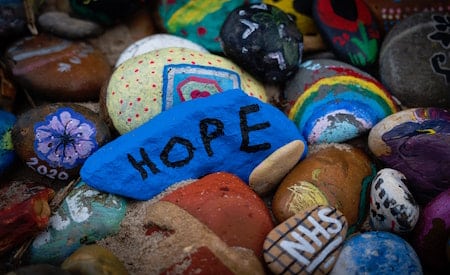 If you’re reading this article, you might have already been trying for a while to get back together with your ex. You’ve probably tried the no contact rule or maybe even the handwritten letter (which by the way, if you haven’t tried I suggest you click the links right away!) These are some of the most effective tools for getting an ex back and they’re ideal in most situations…

Now you’re feeling like you aren’t seeing results and you’re wondering if the odds of you ever getting your ex back are lower than you would have liked. In order to give you a better idea of the situation, I’ll go over some of the biggest indicators that it might be time to move on.

• Is your ex in a committed relationship with someone new?

If not much time has passed since your breakup and your ex has suddenly started dating someone new, don’t panic. It’s probably nothing more than a rebound relationship. These serve as bandaids to distract a person from the pain of a breakup but they don’t last long.

If it’s been a while since your breakup and your ex is in a serious relationship with another person, it might be time to turn the page. This is especially true if they’re engaged or married to someone else. You don’t want to spend your life chasing someone who doesn’t prioritize you.

• How much time has passed since your breakup?

Each situation is entirely unique, but as a general rule of thumb, the less time that has passed since your breakup, the greater the odds of you getting back together are. This is even more true if you two are still on good terms… The longer your relationship lasted, the more time you have to get them back.

That said, time and space can also be very beneficial. You sometimes need to let some time pass before you can successfully get back together so that emotions can calm down, perspective can be gained, and important improvements can be made to both of your lives.

Just keep in mind that if more than a year has passed, your ex will have had the time to heal and begin moving on.

• Are you still in touch?

If you’re still in touch or even on good terms with your ex, the amount of time that has passed since the breakup isn’t going to matter as much. Maintaining healthy contact can preserve complicity between you, but I have to say that if you really want an ex back, the no contact rule is usually the way to go because it makes them miss you.

When you feel like all hope is gone it might be because you’re not in touch with your ex at all anymore. If he or she makes zero effort to be in contact with you, it’s not boding too well.

READ THIS
My ex hates me: Should I give up on our love?

• How did you behave after the breakup?

Many people get carried away with the emotions they feel after a breakup and end up doing things that hurt their chances of getting their exes back. For example, they might beg and plead with their ex to take them back, or they might turn to vindictive behavior like threats or stalking. Needless to say, this type of behavior is not going to make your ex want to get closer to you…

On the other hand, if you handled the breakup with grace, it is much more likely that your ex would be open to giving it another chance – especially if you’ve been working hard on making improvements in your own life. This is one of the pillars of getting an ex back, and if you’d like to know more I invite you to click here.

• How did the relationship end?

Think about how and why things ended between you. If something very serious happened like infidelity or betrayal, there is a chance that trust is permanently damaged between you.

If the relationship and the breakup left a serious bad taste in your ex’s mouth, then chances are that he or she isn’t too keen on the idea of stepping back into a relationship with you.

• Were you idealizing the relationship? 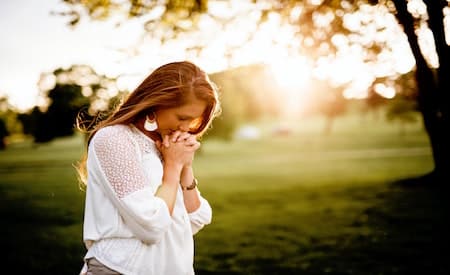 That is why we always have to do a fair amount of introspection after a breakup. Asking ourselves honest questions will make a huge difference in how we move forward after heartache… Ask yourself if this relationship is actually worth it or are you holding on to an idea that is not rooted in reality.

When you lose all hope with your ex

Perhaps you’ve come to realize that it might be a lost cause and now you’re thinking, “I lost hope in you and I don’t know what to do.”

Like I said at the beginning of this article, it’s OK to stop making an effort to try and get your ex back when it seems that all hope is lost. It doesn’t automatically mean that that door is going to be closed forever. The important thing is to make sure that you are happy and that you are taking care of yourself.

Continue working on becoming the best version of yourself so that you can attract the absolute best that life has to offer.

You can always say yes if your ex comes back and asks you for a second chance, but for now you have to prioritize yourself and your own happiness. These periods are challenging, so please don’t hesitate to reach out if you would like some guidance from any of us in our team.

Your coach when all hope is lost