Begging an ex is never a good idea! 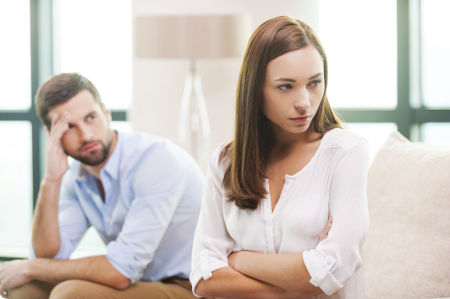 It’s perfectly understandable that a person would experience profound heartache after a breakup. No one can blame you for feeling so bad or for feeling lost and sad. You loved this person and you didn’t think that one day you would lose them, so now everything feels like it’s been turned upside down.

That said, whether you broke up a day ago or a few months ago, won’t improve anything. If you want to think about getting back into your ex’s life, you have to work on techniques for getting a positive reaction from them and make them want to start over. Nevertheless, the desire to do so and the feelings you have for them unfortunately aren’t enough. I’m sure you can imagine that if love was enough to get two people back together, then I wouldn’t spend hours each day coaching or writing articles to help you do it.

By being exposed to so many post-breakup issues on a daily basis, I have been able to pinpoint the things that a person should not do when they’re trying to get their ex back and I’ve named these the “interdictions of getting back together.” Whether it’s things to avoid saying or doing, they will aggravate the situation and make it hard to carry out your plan of action with the least amount of bumps in the road. Begging an ex is one of the biggest mistakes to avoid doing after a breakup, and yet it’s one of the most common ones I see.

When feelings are still present, the breakup is especially hard to digest. Even if you’ve been aware of the fact that something hasn’t been working for weeks, the separation is still unexpected and when your significant other tells you that they want out, it feels like an electroshock. You realize how much you love them, and how important they are in your life. Unfortunately more often than not, it’s the toughest situations that make people suddenly see things clearly.

Most people are taken off-guard and their initial reaction is either silence or excess pride that makes them act like they don’t care, but they soon realize that this isn’t the solution. You aren’t familiar with the techniques of getting back together, you don’t want to waste any time, and you want to do things as simply as possible.

READ THIS
Can I get back with my ex?

Begging your ex is the most common “solution” that people use when they don’t want to waste any time. They try to make their ex feel guilty. You declare your undying love for them, you make 300 promises, and you break down in tears as beg for a second chance.

When you put things into perspective, do you think this is a good attitude to have? Of course you feel a little lost and this might be the very first time you’re feeling like this. By doing this you’re going to look weak and you’re putting your ex in a position of power over you when you should be the one controlling your attempt at getting back together.

Yes, begging your ex to take you back is an interdiction

Imploring your ex to come back is not the only thing to avoid doing when you want them back. It wouldn’t be true to say that the only thing you shouldn’t do if you want to be back in your ex’s arms is to cry and beg them to give you a second chance. A separation usually conjures up some very negative feelings that you’re going to have to fight off. Your emotions blind you and making it hard for you to make the right decisions. You have to fight against these two phenomena that result in you begging your ex.

Letting the breakup get you down

As I’ve explained, it’s perfectly normal to feel a considerable amount of pain when you lose the person you love and are suddenly single. I can’t blame you because there is nothing more natural.

One of the main things that happens to people that were left by their partner is that they feel beaten down by the breakup. Even though feeling awful is normal, it is still a big mistake to do nothing to make things change and to wait for time to do the work for you. This is also true for people that don’t necessarily want to get back together with their ex; remaining inactive is the best way to stay fixed in your sadness.

READ THIS
Can I be on good terms with my ex?

Now we’re talking about the total opposite of the error I just mentioned. Some people think that being active means that you should be omnipresent and suffocate your ex… There is a difference between doing nothing and doing too much! You need to find a middle ground. Harassing your ex (which by the way is punishable by law if it goes too far…) is far from an appropriate solution. You’re not going to reestablish a positive rapport between you and your ex if you drown them in text messages and phone calls. All it’s going to do is push your ex away and you’ll start to get over it as well as you drift closer and closer to depression.

Work on yourself instead of imploring your ex

So you know that begging is unacceptable, but what actions should you do? The very first thing to start working on is rebuilding and reconstructing yourself so that you can fight off the heartache that’s blocking you from finding happiness. You need to get your self-confidence back before you can get your ex back. Your morale has taken a direct hit and you need to do something about that before it becomes an even bigger problem.

Believing in yourself and in your personal improvement is a necessary element when you want to get back together with your ex. Instead of being on your hands and knees supplicating your ex to take you back, you have to realize the importance of each day and use each moment to work on yourself so that you can feel good in your skin and in your life.

You coach that will help you stop begging your ex