Does he still love me? 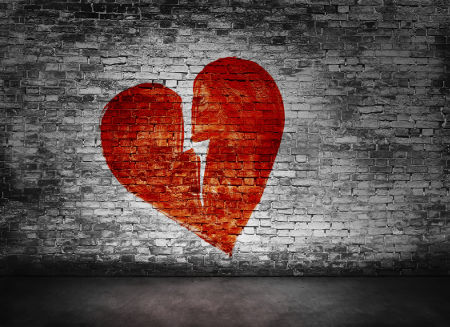 Does my ex boyfriend still love me? This is a question that so many women across the US and the world ask themselves every day. Following a breakup it’s easy to get consumed by thoughts of your ex. You start to wonder what he’s been up too and if he met someone else. You can interpret every one of his words or posts on social media hoping to find a clue that will enable you to know if he somehow still has feelings for you.

Adrian does he still love me after all this time? That’s a question that I get asked every single day during consultations with the people who seek my services to get back with the man they love. I take the time to listen to the intricacies of their love story, the dynamics of their relationship and how they broke up. With the experience that I have garnered over the years, there are tells and signs that enables me to know if a man is still into you or not. In this article I will divulge some of my secrets, so that you too will be able to tell if your man is still into you following a breakup.

How to tell if he still loves me?

When you go through a breakup and still have strong feelings for your ex boyfriend your instinct is to try to convince him to get back with you on the basis of your emotions. You may have begged your ex to take you back if he’s the one that broke up with you; or even pleaded or begged for a second chance because you are still in love. The problem with that is two folds; Not only are you putting him on pedestal and giving him way too much control over you, but you are also not giving him the time and space to have to face the breakup and miss you. Your ex won’t even be able to tell that he is making a mistake by leaving you if you are constantly reaching out or trying to convince him to get back together in any way possible.

Also you won’t be able to tell if he still loves you because you will be smothering him. So the first rule to be able to tell if an ex boyfriend still has feelings for you is don’t be too in demand or too needy after the breakup. Once you have provided him with space you will know that your ex still has feelings for you if he gives you the hot and cold treatment; sometimes he’s nice and opens up about his feelings, emotions or what could have been and other times he is completely removed and it feels like speaking to a wall! That’s because his heart is telling him one thing but his mind is telling him another. He still has feelings but his brain is telling him that he just can’t be happy with you in the long run.

READ THIS
Should you talk to your ex if you want them back?

Another way for you to be in position to tell if he still has feelings is by regaining some emotional stability and some inner peace. Once you have entered into a positive dynamic and you are no longer shattered or depressed, you will become more receptive to others and to signs that the universe will send your way. You will also of course be a lot more appealing to him, and to everyone around you. You will be a lot closer to once again being the person that he fell for at the beginning of your relationship! At which point his reactions, the attention that he gives you, his eyes and his words will give you hints about how he feels about you! Trust me you’ll know… just like you knew something was about to happen at the beginning of your relationship; before you officially started seeing each other!

Does he still love me if he won’t commit?

Even if your ex boyfriend has feelings for you he won’t necessarily commit if he thinks that he won’t be happy or if he feels like you can’t meet his needs. That’s why it is extremely important for you to understand the mistakes that you made during your relationship in order to prove to him that you’re ready to evolve and to make him happy.

I’ve been asked the following question a lot: “does he still love me if we’ve been broken up for months now but he still won’t commit despite everything that I’ve done for him.” If you too can relate to feeling this way it means that you are simply not credible in his eyes. He still feels that you are doing certain things just to make him love you.

You cannot make or force someone to love you. You can only inspire him through the way you carry yourself, your physique, your values and what you stand for. It’s very important for you to remember it when you start to wonder why your ex simply won’t commit despite all of your efforts. Maybe you are focusing them on the wrong things; and perhaps you should put more emphasis on you than you do on him or his unwillingness to take the next step!

READ THIS
Live Webinar On Ways To Get An Ex Back!

Focus on you and not on him

If your ex boyfriend feels that you are just trying to get him back he will not believe that you have really changed and he will close up or be weary of committing to you again. This is true even if you have spent the last 6 months trying to prove to him that you’ve changed; instead of actually focusing on simply meeting your goals and staying accountable to yourself.

There are countless ways to stay accountable; one of my favorites is to set all kinds of goals in different facets of my life. This approach can also be applied to getting back with an ex boyfriend and doing the right things to prove to your ex that you are the right person for them in the long run. Set goals on a daily, weekly and even monthly basis in order to accomplish whatever you set out to do. It’s by taking this approach and focusing on you that you will one day wake up to the realization that your ex has strong feelings for you and that he wants to commit.

If you are currently wondering if your ex boyfriend still feels a certain way about you or if you have any other questions, feel free to leave me a comment below. It would be my pleasure to answer any questions that you may have or to help you figure out where you stand and what you need to do to make your ex boyfriend fall head over heels for you.

The coach to turn too when wondering if an ex boyfriend still has feelings for you,