Ex boyfriend recovery from A to Z! 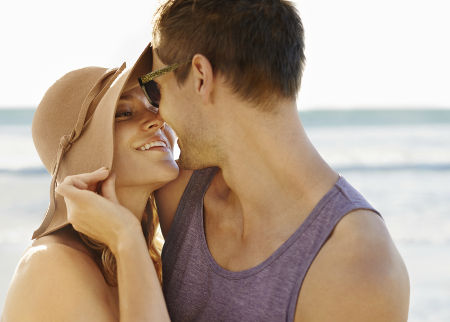 Men are complicated creatures and it can be even more difficult to keep them around when they have made the decision to end a relationship. If you have recently been broken up with you know how difficult it can be to try to convince him to get back together. You may feel like you have done everything possible to get him back but he simply won’t change his mind?

If you came looking for tips and advice on ex boyfriend recovery or different ways to get him back into your life this article is for you! I have helped countless women to get back with their ex following a breakup or separation. I understand exactly what makes a man tick and what you should do to get him to respond more positively to you.

In this article I will divulge some of the secrets that I have learned while coaching women to overcome a breakup and get back together with the man they love. It is still possible to recover from the recent events that may have driven you guys apart and to prove to him that he is making the biggest mistake of his life by leaving you!

The first secret that I have learned while coaching people over the phone and in person is that you are tempted to make too many mistakes in the days following a breakup. Your goal is obviously to get back together as quickly as possible but rushing to try to convince him to stay with you will only have the opposite effect! When you rush, you often don’t do things well and even worse, you often don’t even have a plan! You should really think things through before engaging with your ex boyfriend or when trying to convince him to reconsider his decision.

The worse thing that you can do is to let your emotions get the best of you and to beg or plea; if you are asking him to take you back in that way you are giving him way too much power and control. It will make it a lot more difficult for you to win him back a few weeks or even a few days down the road! You will simply become less of a challenge or be less appealing in his eyes. Quite frankly every relationship is a power struggle and you shouldn’t let him see you like this if your hope is to seduce him again and make him reconsider.

READ THIS
Taking a break from a relationship; does it ever work?

So if you’ve made mistakes and put him on a pedestal the best thing to do is to take a step back and seek a bit of distance from him to change the dynamic. If you’ve been in a relationship for more than a year you can even do a radio silence or no contact period. During this time away from your ex, you will need to concentrate on you and your overall well-being. Don’t go spying on him on social media platforms for example because you will not gain anything positive from it! You shouldn’t reach out to him period; no calls, no texts, no emails or messages of any kind. This will force him to face the consequences of his decision without having the reassurance that you will be there waiting for him to change his mind. You can play on the notion of regret to make him realize that he still has feelings for you.

Ex boyfriend recovery when he’s left you for someone else

If your man has left you for someone else you will need to prove to him that he would be happier with you rather than with another. When facing this situation the same rules discussed previously still apply; don’t give him all the power by telling him that you still love him and want nothing more than to get back together!

A successful ex boyfriend recovery process starts with you, with your actions and state of mind in order to once again become the woman that seduced him at the beginning of your relationship. So the last thing that you want to do is to appear weak or to keep asking him questions about the other woman that he is now seeing. As a matter of fact you will only drive him closer to this new person in his life by being too emotional, confrontational, or negative with him. You will become that annoying ex girlfriend that won’t go away and acts desperate; he will find comfort in his new relationship that is “problem free”.

The reality is that the odds are overwhelmingly in your favor if you are able to bring about a few changes in your life. The other woman is probably just a rebound, or a way for him to fill an emotional or physical void that he experienced either during your relationship or after you broke up. It’s up to you to figure out your shortcomings or where you went wrong. You have your part of responsibility in this breakup too and you need to solve these issues in order to once again become the woman that he has always dreamed of being with. Once you do he will come running back to you!

READ THIS
How to come back with an ex ?

How to get an ex boyfriend back permanently

Being able to see him again or even sleeping together does not guarantee you anything! Too often I see women that I coach think that they are closer to getting back with their ex because they had sex with them again. Just because you slept together doesn’t mean that you were able to seduce your man again and make him want to get back with you; it simply means that there is still a deep physical attraction to each other. This can be expected if you dated for a while and built up a strong connection! But often times sleeping together also entails you becoming less of a challenge or being too available. If he is in control and it becomes too easy for him in a way than sleeping together will be like taking a step back.

If you truly want to get back together permanently you will need to look to continuously seduce and inspire your ex. You need to be strong enough to make him come back to you and not the other way around; then you will need to maintain a sense of emotional independence. The key is finding the right balance between your personal goals and endeavors but while also showing just enough interest in your relationship and confidence in yourself.

We have developed quite a few tools in order to help you stay on track; concrete actions to implement and how to go about making an ex genuinely want to get back into a relationship. If you haven’t already done so, check our book 70 pro tips to get back with your ex; it is the most comprehensive and practical tool on the market to win back the heart of someone you love. For any questions that you may have for me, feel free to leave your thoughts in the comments section below. I will be sure to get back to you personally.

The coach to reach out to for everything related to ex boyfriend recovery,