Ignoring an ex boyfriend to get him back can really work! 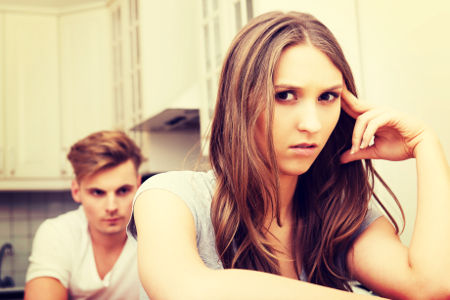 In a person’s love life, there are certain things that happen that don’t make always sense, and the process of getting back together is no exception to the rule! On of the most well-known and effective techniques available to you is called Radio Silence.

For those of you that aren’t familiar with this tool, it basically consists of cutting contact with your ex to make them begin to miss you, or to provoke certain feelings that make them start to think about being with you again.

Yes, you read that correctly! One of the most efficient techniques is ignoring an ex boyfriend. Surprising, huh? It really isn’t, actually. In reality by acting this way, you’re making your ex take responsibility for their actions.

So, while you’re not in contact with your ex, it’s important to be careful with what you’re doing and there are certain rules to follow if you want to see results. That said, it should also be noted that in certain situations it’s actually better not to bank on this process…

Each technique for getting your ex boyfriend back has limits and you have to recognize proper behavior and the actions that will help you to reach your goal. But don’t worry, I’ll explain all of this in this article.

Ignoring my ex boyfriend makes him take responsibility for his actions

Making a radical decision is never pleasant. Not only is it going to have consequences for the person making the decision as well as for both people in the relationship, but you can never really know for sure what the outcome is going to be and if you’re making the right choice.

Put yourself in your ex boyfriend’s shoes for a second (and if you’ve already broken up with someone then you’ll have an easier time understanding what I’m trying to say!) They are currently asking themselves, “Did I make the right choice and will I find someone better than my ex?”

Nobody knows what the future will bring and this is why your ex, even though they were the one who decided to leave, will be doubtful of their choice for weeks to come.

So yes, of course this happened because something wasn’t working between you, and now you’re going to have to make an effort to fix these things. Even if you’re not perfect, you have some special qualities and characteristics that your ex must appreciate. Under these circumstances, hold on to these assets and work on what needs improvement.

Are you wondering why?

Simply because as soon as your ex sees that you’re evolving, the doubts that they have been having will start to become rooted in their mind. On top of that, your sudden absence will most likely weigh down on them. When you’re used to a certain thing with someone, it’s not always easy to accept big changes.

When you’re breathing down your ex boyrfriend’s neck, it’s a lot harder to show them that you’ve changed and certain habits persist. By making a clean break you’ll get a reaction and you’ll make your ex take responsibility for their mistakes. Now they’ll see what they chose to miss out on…

I bet you’re wondering how your ex is going to react to the changes you make if you’re not in contact. Well, there are multiple explanations, but I’ll summarize.

1. Just because you two aren’t in contact it doesn’t mean that the people in your group of friends aren’t going to talk about your new attitude to your ex boyfriend.

2. Have you ever heard of social media? It’s a powerful weapon that will help you show your ex that you are living life to the fullest…

3. You don’t have to run into each other more than two or three times for your ex to notice that you’re not quite the same… They pick up on these things really fast.

4. But most of all, there are multiple ways for you to ignore your ex, from the strong>most radical, Radio Silence, to just putting some space between you!

Let’s touch on the difference between Radio Silence and putting some space between you. By the way, we analyze these techniques in this eBook that you can access here.

But to summarize, Radio Silence is cutting all contact during a pretty long period of time, and putting distance between you consists of going between cutting contact (and therefore ignoring,) and periods during which you communicate briefly.

Based on your personal situation, one of these techniques will get you great techniques and sometimes the other won’t really work that well. If you’d like to know which of the two is right for you, I invite you to make an appointment for a personal coaching session and you can do so right here.

It’s important to understand that even if ignoring an ex boyfriend presents some pretty great advantages, it’s not going to be quite enough. You will have to take it a bit further and focus on serious personal reconstruction. You’ve got to think of yourself and do what it takes to move forward without putting all of your energy into your ex.

This would be your biggest mistake…

You could even try to spark a little jealousy, and I don’t mean in the way you see in the movies… Do it subtly, and do something like putting a photo on social media or a post from time to time. Now that your ex is no longer in contact with you, something like this would really grab their attention.

Please note that this is to be used with caution because if it’s not done right it could turn against you.

Like with anything, there are advantages and disadvantages. In terms of ignoring your ex, it isn’t always a surefire way to get what you want. In fact, in certain situations it’s actually something to avoid doing.

In truth, it’s not about the technique itself, because 90% of the time it really works. Sometimes you run into a roadblock that is linked with your attitude and the way your ex could perceive it.

For example if your ex ended your relationship because you weren’t present enough, or if they felt like you were always ignoring them and you didn’t spend enough time together, then strict Radio Silence isn’t the way to go. In truth maybe they broke up with you over this to get a reaction out of you.

Even if I don’t like the idea of ultimatums in relationships, your ex might feel differently about it and not realize the consequences. So there are specific cases in which completely ignoring your ex is something that you should avoid doing after the breakup.

This doesn’t mean that you should chase after them but you just have to stay in touch for a while to see if they are open to you or not. In this type of situation it’s best to switch between putting distance between you and controlled indifference. I explain this process at great length in this free guide.

Your coach when deciding if ignoring an ex boyfriend to get him back is the right approach for you.