My ex is my confidant, but I’m still in love with him! 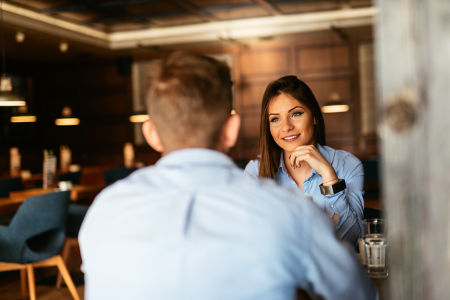 Being able to confide in a man you’ve had a relationship with is no ordinary thing.

In fact, after a breakup, and as we will see in this article, the relationships between men and women can sometimes be particularly tense. Nevertheless, if you’re still in touch with your ex, there is no harm.

It’s always a great thing to have a positive relationship with the opposite sex, to be able to understand one another, and for you ladies to be able to have a man in your life that is able to help you through difficult times.

However, if this man is your ex-partner, is it a good thing to tell him your secrets?

When people tell me during a coaching session, “my ex is my confidant”, I find that the situation is ambiguous especially if one of the two has already found love again. It’s not that I don’t believe in friendship between a man and a woman, especially when it’s sincere and fulfilling and can bring a lot of good to the two…

It’s just that it isn’t always easy to have this with a person that you’ve known intimately. When you’re hoping to get back together with the person, things become even more complicated, but nothing is impossible!

Confiding in an ex in order to reestablish understanding

After a breakup the two people aren’t necessarily at odds. Some separations end “well,” whereas others turn into incessant fighting between the two exes.

Despite the breakup, the distance and the end of the relationship, bitterness and resentment become so strong that the two people end up despising each other. You’d think the relationship was worst right before the breakup because it served as a rampart that didn’t allow for each person’s expression of anger.

But as you can gather from the title of this article that you’re reading, this most likely isn’t your case. When we claim, “my ex is my confidant,” and we are hoping to get back together, it’s unlikely that your relation got to where it was because of perpetual attacks. Or at least you’ve figured out a way to take care of the problems that you maybe had before.

Having an ex as a confidant simply counts as having another friend. The only difference is that you were together during months or years sharing special and intimate moments, and this probably isn’t the case in most of your other friendships.

READ THIS
Dumped by text: How to quickly recover!

So you can easily confide in him, and thanks to all you’ve shared, he probably knows you better than anyone. He even knows how you operate and how you react. But it’s in our time of need that we see who our real friends are, and you can rely on him to help you get through whatever difficulty you’re faced with.

Not only that; you’re also there for him and this allows you to have a special bond. There’s nothing like being essential in a man’s eyes, especially if you want him back!

You want to get back together? Be careful with the friend-zone

In order to know whether or not you’re in your ex’s friend-zone, all you have to do is determine where he is placing it. You may very well have a lovely friendship in which he’s secretly hoping that you’ll take him back.

In this situation, he’s in your friend-zone!

However, this isn’t always the case, and if you have some strong feelings for him, you’re still attracted to him, and you want something more, you’ll have to be careful to make sure you’re not considered “just a friend.” The trick is to play with ambiguity and subtly set into motion a game of seduction.

Falling into the friend-zone is something that happens to many people, (both men and women!) and sometimes it’s pretty hard to get out of it. It’s probably one of the hardest situations to accept when you love someone. The other person doesn’t feel the same way, and worse still, they’re close to you and not in the way that you would have hoped.

I’m bringing up this type of zone (you can read a full article on the subject by clicking here) because this is often what happens to people that confide in their ex. Of course, as I’ve said before if your goal isn’t starting a new relationship with your ex, then this doesn’t concern you. There is nothing wrong with being good friends with an ex.

READ THIS
How To Tell Your Ex You Want Him Back: 3 Techniques

My ex is my confidant: an ambiguous situation!

In the beginning of this article, I mentioned conflicts that can endure in relationships and let me tell you that I’d much rather you be in the friend-zone trying to get out, than being in a constant war with the man you once shared everything with. Two adults that have already separated cannot still be in perpetual disputes.

An end to a relationship should mean an end to fighting as well.

If you’ve been able to nurture a nice, calm, and fulfilling friendship with your ex, then you’ve got a lot going in your favor. But even though this situation is respectable, isn’t it slightly ambiguous?

Is it really possible to be friends with an ex?

Some people say, “yes,” but in your situation it’s more than just friendship; you’re their confidant, and that’s not very common. Can you tell your secrets, your doubts, and the things you wouldn’t tell everyone else to the man you used to be with?

I’m not trying to question your relationship with him. But if you’re doing this is there a little part of you that is wants him back and is using this as a means to meet your goal?

The answer is yes without a doubt!

In fact, you’re using a strategy as old as time to get closer to your ex. That said, it’s important to note that this is a dangerous game because if your ex figures out what you’re playing at… Things could take a wrong turn!

There are much more efficient techniques for getting back together with your man but you aren’t going to be able to keep him this close to you for the time being. Even if remaining close to him as his confidant might make you feel better, he might fall under the charm of another girl!

My coach when my ex is my confidant.