My ex is not talking to me anymore and I don’t get it! 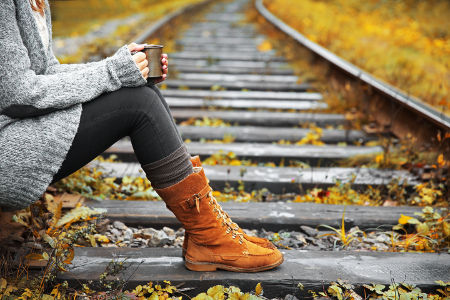 After a breakup or a big fight there is probably a period in which the two partners make some space between them. This isn’t necessarily physical space. If you live together, or if you have children together it’s hard to not speak to one another so the distance made between you can also be emotional.

But in most cases you also feel it physically, there is no contact between you, the text messages you send each other become more and more rare, you stop calling one another, and this situation can become unbearable.

After having gone through a breakup, you have to understand the reasons behind your current situation if you want to improve your relationship. It is by comprehending these reasons that you’ll be able to set up techniques that are properly adapted to your situation, and you’ll finally be able to put an end to this silence that’s becoming more and more oppressing.

After the breakup, you were maybe hoping that the rapport between you and your ex would improve, but it’s not the case. Even if you’re not actually planning on trying to get back together, there still is no contact between you. You just want to be on good terms because after all, you’re not enemies and you want the tension and bitterness to subside.

“My ex is not talking to me anymore and I don’t know what to do.” It’s usually because of this feeling that a person ends up making mistakes, but from now on you’re going to know exactly what to do!

My ex is not talking to me anymore and I don’t know why?

On top of the fact that you have no news from the man you were once so close to, you’re also faced with incomprehension and sadness. You can’t bring yourself to understand what could push him to not speak to you anymore or to be so cold in the messages that he does send you.

Because yes, you’re the only person making the effort, you’re making the first step, and you’re trying hard to reestablish communication because you don’t consider your ex as a stranger.

Of course there are many reasons that could explain why he isn’t speaking to you after the breakup. One these reasons is often because of bitterness. I’m not saying that you’re necessarily responsible for what’s happened because you don’t deserve this, but maybe you’ve made some mistakes.

Perhaps you’ve said something that offended him and he doesn’t want to suffer anymore.

If you were unfaithful, this type of reaction isn’t unusual. Oftentimes after having been with another man, the person you love can give you the silent treatment.

Your man is having a hard time forgiving you and sees you as the person that broke their heart and you’re realizing the consequences as you’re looking at your phone thinking, “My ex is not talking to me anymore.”

But these aren’t the only possible reasons behind his behavior! If your ex is distant maybe it’s because he needs time to put things into perspective in terms of your relationship and the breakup.

It’s not easy to fully analyze the situation or their mistakes and to come up with solutions to help them feel better when they talk to the person they spent so much time with every day.

How can you get back in contact with a man that’s avoiding you?

The more the person pulls away the more you want to contact them. It’s just human nature so you should never feel like you’re going crazy or that you’re alone/ If your 10 text messages have yielded no results, it’s likely that the 11th one won’t be any more effective.

If you keep saying, “I just want to hear from you please!” or “Why aren’t you responding?” you’re not going to make any advancements in your attempt at getting back together. If anything your ex is going to feel harassed.

There are mistakes that you must avoid making when you’re explaining to your friends that “my ex is not longer speaking to me.” If you want him to talk to you you’re going to have to change your approach and do the opposite of what you’ve been doing up until now.

The first step is to completely forget harassing him. If he didn’t answer your call, don’t call back 15 minutes later because all it will do is drive him up the wall, and even further away from you.

The second thing is to never forget to remain positive. You should never look desperate, because no one (be it your ex or anyone else) wants to talk to someone who is constantly experiencing heartache. This is one of the many reasons why it’s imperative that you don’t flood his phone with text messages or phone calls.

Is a magic letter the solution for talking to your ex?

You’re wondering how to express yourself without being in touch with your ex-partner if he’s not responding to your phone calls or if when you meet there is no improvement because he won’t speak. There’s nothing worse than an ex that gives no sign of life.

READ THIS
My ex called, should I answer?

But I have a method that will really help you; a method that I’ve perfected via my experience and it happens to be my specialty. I am of course talking about the handwritten letter geared towards getting back together with your ex. “He’s not replying to any of my messages, he’s not talking to me at all.”

It’s time to stop trying to use these methods of communication and try a more radical solution!

In this letter, if you follow my advice in my audio seminar guide or in the examples of letters in my book “70 Pro Tips To Get Back With Your Ex,” you’ll be able to reestablish real communication with your ex by catching them off guard.

Be careful though, this isn’t supposed to be a love letter or an apology letter in which you go on and on about how amazing you think they are.

The goal is very different; you’re going to talk about the breakup and especially the solutions that you could provide in your relationship in order rebuild it, and the changes that you’ve made in terms of your ex’s expectations!

You shouldn’t panic when you’re thinking that your ex doesn’t want to hear from you anymore. When you’ve spent an ample amount of time with a man and he now ignores you, it means that there are specific reasons behind his actions.

Your job is now to understand what these reasons are and why they could push him to behave this way, and you should not think that your ex despises you.

If he doesn’t want to see you anymore then don’t force him to because it would just make things worse. Give him some time and space and start with a method that is tried and true. It goes by the name of Radio Silence and it will bring you positive results.

There is currently an article as well a free guide on the site to master the technique of Radio Silence from A to Z.

Your coach when your ex doesn’t speak to you anymore.