My ex is starting to forget me: Here’s what to do! 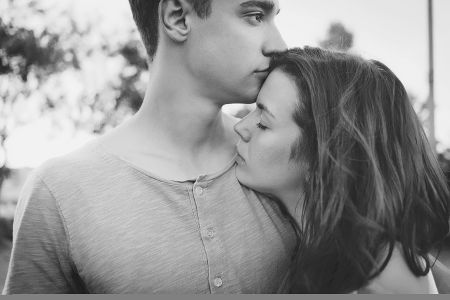 One of the most frustrating things that happens after a breakup (especially when you want your ex back) is when you see that little by little they are beginning to move on and have no intention of putting the pieces back together.

If you want to be back in the arms of your ex partner you clearly don’t feel the same way, and you’re having difficulty figuring out what to do.

You’re wondering how to react and what you can do to spark a new relationship between you. There are some separations that end in the two ex partners remaining on good terms, separations in which attraction still lingers, and the desire to get back together is strong.

It seems to me that this isn’t the case for you, or at least it isn’t if your situation mirrors the title of this article. You’re faced with a person that wants to turn the page for good. This isn’t an easy pill to swallow, you’re afraid of being forgotten and you don’t want to say goodbye.

This is the exact moment in which people tend to make a great number of mistakes that makes matters worse instead of doing things that would improve the situation. Of course this is understandable because your emotions are in control, but it’s crucial to change your attitude right away.

Just the fact that you’re seeking advice is a huge step but the most important thing is going to be to set into motion an effective plan of action. If you’re thinking, “my ex is starting to forget me”, it’s often because your actions aren’t the right ones but this doesn’t mean that you can’t change things! So, once you finish reading this article, you’re on!

What does it mean to be forgotten after a breakup?

As I explained in the introduction, there are certain situations that facilitate the process of getting back together. In your case however your ex is starting to move on and isn’t thinking about giving you a second chance.

Generally speaking, being forgotten by your ex begins with a clear message. They know that you still have feelings for them and that you want to be together again, but they don’t necessarily agree. To make it simple, they tell you that there is no hope. But there is another possibility; when you’re afraid of putting space between you and your ex..

If you’re not employing radio silence and contact between you dwindles, if you were living together, you’re going to have to start thinking about moving out, and if this wasn’t the case your ex will want to give you your things back and get their own things back…

READ THIS
I don’t want to move on from my ex… What do I do?

I know this is really unpleasant to read but you have to be very honest with yourself, especially when you want to get back together with your ex. The good news is that even if you’ve found yourself in this situation, you can rekindle the flame between you and your ex partner!

When one person leaves another, it’s normal to have a period of doubt and uncertainty and it results in a period needing space and unfortunately you’re the victim. When you decide to separate, (and maybe it’s just because of one’s pride,) you need space so that you can look like you’re not in love anymore.

My ex is starting to forget me and I want to know why?

I’ve already given you a couple answers to this question in the previous paragraph. It’s pretty much about needing space, and this type of behavior is actually completely normal after a breakup. It could also be about certain things that you did that made them want to pull away.

Perhaps you had committed some of the interdictions of getting back together such as harassment, threats, begging…

You should know that your ex didn’t necessarily enjoy leaving you and they are not celebrating being single right now. It’s highly possible that they’re forcing themselves to act this way to convince themselves that breaking up was the right thing to do.

Leaving someone after having spent months or years together is a really tough decision, and it’s hard to suddenly be single. Your ex could be thinking that cutting ties is the best solution, especially if you’re thinking, my ex is stubborn!

There could be another factor… Perhaps your ex has found someone else since you’ve broken up. They weren’t going to stay single forever and unfortunately this new person has appeared in their life.

I know that most of the people I coach that are telling me, “my ex is starting to forget me” are in this exact situation but that doesn’t mean that things cant be turned around.

This is exactly why we’ve written an eBook in which we highlight the best actions for getting your ex back when they’re already with someone else, and you can find it right here.

How to make your ex love you again

If your ex has left you and said that you didn’t pay enough attention to them, then radio silence is not the best option. But that doesn’t mean that there’s nothing you can do. In fact, there is an even more impactful method that cutting contact… It’s called Controlled Indifference, and you can learn more about it in the video highlighted above.

If on the other hand you’re in the classic process of getting back together, the key for staying in your ex’s head is suggesting something new to them and always surprising them!

If this person has no trouble putting distance between you and isn’t missing you, it’s because you haven’t made any improvements since the breakup and they still see the same exact person they didn’t want to be with anymore.

Put yourself in their shoes. Why would you want to stay stuck in the past, in a relationship that ended badly?

By showing them that you can change, and that your personality and relationship can evolve, you’ll attract their attention and this will be the first step to turning things around. You have to continuously set effective actions into motion so that you can re-seduce them.

Let’s take a simple example. If day after day, you ask your ex the same questions, if you keep asking them if their feelings for you are still present, or if they’re seeing someone else or not, you won’t have much luck keeping their attention.

When you talk to your ex you need to focus on their wants and needs, evolve with them, and show interest in their personal projects so that you can leave the past in the past!

If you’re always breathing down their neck, they’ll be reminded of negative memories, tensions, and they’ll be inclined to pulling away.

The coach when my ex is starting to forget me,