My Ex Said He Never Loved Me 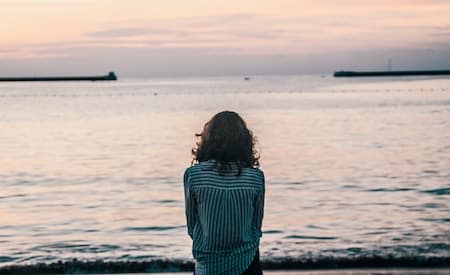 A few days ago, I received a message from Katelyn. She and her boyfriend had split up few weeks prior to her messaging me, but her ex boyfriend’s behavior had become more and more puzzling. In her email, she had written, “Adrian he told me he never loved me. I didn’t think I could actually feel any worse but, surprise! I do. So what can I even do? I want him back!”

She has agreed to let me share her story with you so that I can illustrate what does on in an ex’s mind when they tell you that they never loved you. The words cut like a knife, but I don’t want you to panic. In fact, it’s more common than you might think…

There is usually a reason for such harsh words coming from an ex. Emotions run high after breakups, so hurtful things are often said. I’ll go over the most common reasons behind exes saying things like this, but I’ll also go over what you can do about it!

Why did my ex say he never loved me?

I get it, it hurts. Like Katelyn said, as if it couldn’t hurt any more than it already does, your ex goes and says something like this. How can he say something like that after everything you’ve been through together? You’re probably wondering if he was lying this entire time that you were together.

Now, let’s be clear, if you were together for just a matter of a few weeks, there is a chance that not enough time had passed for him to actually fall in love with you. But don’t panic – that doesn’t mean that it’s the end of the world.

In the majority of cases, he did actually love you and now he’s covering it up. Why?

Well, when a man doesn’t love you, you can usually tell. Women are very intuitive, so if he was telling you that he loved you and you felt that he loved you, chances are that he DID in fact love you. Truth be told, in many cases, the ex in question is still in love.

Ok so why is he saying he doesn’t love you?

The most common reason is very simple. It’s a defense mechanism. He’s suffering because of the breakup but he doesn’t want you to know, or he doesn’t want to admit it to himself. He wants to deny that he has any feelings right now and he wants to play the tough guy who doesn’t get his heart broken.

This often happens when his pride got bruised either because of something that happened between you or because of the breakup itself.

Another reason people have come to me saying, “I just found out my ex boyfriend never loved me” is that he’s using a sentence like that to play dirty. He’s mad or hurt and knows that telling you he never loved you will cut deep. Maybe you hurt him and he wants to throw something at you to make you hurt as well. Sometimes he’s so mad that he actually believes it in the moment. Don’t worry though, the anger that follows a breakup always subsides.

READ THIS
My Ex Boyfriend Is Avoiding Me And I Don’t Know What To Do!

In Katelyn’s email, she explained that she and her ex had broken up amicably. They felt that it was time to try other things and to let each other go. In discussing the details of her relationship with her ex, I came to understand that her ex was actually really struggling with letting her go. I discovered that on a subconscious level she was aware of this, and was struggling with the guilt of suggesting they end the relationship.

He knew that she had wanted to be free, and in an effort to silence his own emotions and not weigh her down or hold her back, he began trying to make her think that he doesn’t feel anything for her. With time, she realized that she wanted him back and we began working on proper communication between the two of them.

So as you can see, another reason reason why a person might say, “My ex said he never loved me,” is simply because the ex in question was trying to find a concrete way to detach.

Sometimes, an ex might try to show you signs he never loved you in an effort to use reverse psychology.

He might be working on making you want him more by telling you that he doesn’t want you. These situations are very tricky so if you suspect it may be the case for you, please don’t hesitate to reach out to us directly here.

Another reason that he’s using a strong statement like this could be an effort to cut the chord between you. The connection was strong and he might be trying to move on with someone else, so he’s desperately looking for something that could sever the connection between you.

Last but not least, and this is the one I know you don’t want to hear, an ex might tell you he never loved you simply because it’s true. Sometimes people realize that they were in lust instead of in love, and that it wasn’t enough to sustain a longterm relationship with the person.

This brings me to my next point: What to do when he says he didn’t love me!

READ THIS
My ex blocked me on social media!

What to do when he says he doesn’t love you

The first thing to do is going to be to ask yourself a tough question: Is it possible that he’s telling the truth, and if so, what can I do about it? 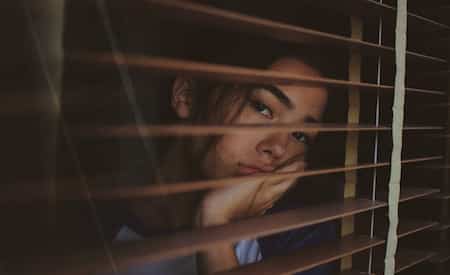 Have you two been fighting? Did it become a toxic relationship? Is he trying to move on? Did he say “I love you” while you were together? Could he be angry enough to say those words to you without actually meaning them?

First things first, your ex is going to need some space and so do you.

One of the most powerful techniques used to getting an ex back is the No Contact Rule. You cut contact with your ex for a period of three weeks to three months with two goals in mind:

1. Making him miss you

2. Making your life into what you’ve always wanted it to be.

You want to inspire him to want to get closer to you by making him realize that life would be so much better with you in it. It’s challenging to stick to zero contact during this period, but it will catch your ex’s attention – especially if you make the effort to fill up your schedule with things that bring you joy.

Bear in mind that this technique works in most cases, but if you aren’t sure if it’s right for your situation please don’t hesitate to reach out to us here.

So start showing him that you’re living your best life and that he would be happier if he got to partake in it!

Your coach when you’re thinking, “He said he never loved me”