Why isn’t he texting me back and what do I do? 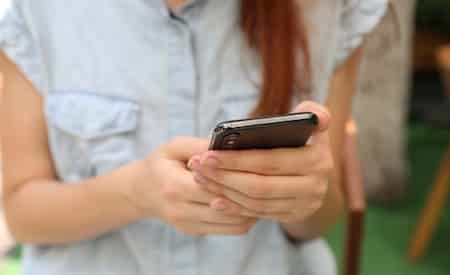 Dating is tough, but you know what’s tougher? Trying to get back together with an ex but being faced with obstacle after obstacle. It’s such a delicate process and your ex has his walls up. You feel like you’re constantly walking the tightrope between being too present and too distant, and right now it seems like you’ve become a bit too present. You’re left wondering, “Why isn’t he texting me back now? What did I say and is there even anything I can do about it now? Is it too late?”

Before you panic, rest assured. There are reasons for his behavior, which means that there are solutions available to you. The key will be to pinpoint why he has stopped returning your texts and then using a very powerful tool that I will share with you.

It’s a delicate situation so you want to tread lightly. We are going to have to switch up the power play a bit and make your ex WANT to get the opportunity to talk to you!

Why isn’t he texting me back right now?

We all have very complex emotions. Some people are better at handling what they’re feeling than others, and your ex boyfriend seems to be someone who hasn’t yet mastered the art of talking about his feelings.

You see, oftentimes when a person feels overwhelmed or pressured by another person, they just go M.I.A. When the two people are dating and one of them just disappears into thin air, it’s known as ghosting.

But this isn’t a guy you’re dating, this is your ex boyfriend. You’re not just some random chick he just got bored of… You shared something special and that makes it all the more confusing. How can he just ignore you like this? Does he not care anymore?

Well, feelings don’t just evaporate into thin air from one day to the next after a breakup. If a significant amount of time has passed, his feelings might begin to fade, especially if he’s met someone else, but they don’t dissolve into nothing.

When a guy doesn’t text back, the most common reason is that he felt too much pressure. Many guys (and many women too) will simply bow out without a word if they feel too pressured, and leave you wondering where on earth they went.

There is a common pattern I see in the people that come to me for coaching sessions. They’ll say something along the lines of, “He’s pulling away, so I’ve been trying to talk to him to see what’s going on. I’ve tried calling him and text him a bunch of times and now he’s not answering me. I don’t get it. I left him three messages yesterday, you’d think he’d have the courtesy to call me back!!” 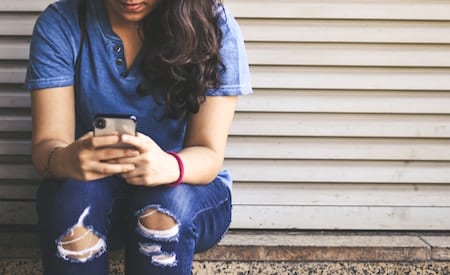 The problem is that that the ex in question is feeling suffocated. There are too many calls, too many texts, and too many messages. He’s trying to figure things out and heal as well, and being forced to drown in a sea of messages is not helping the situation. When guys don’t text back (and your text warranted a response), it’s usually because they need some air.

READ THIS
Will he take me back? The n°1 question after a breakup!

It’s very important that you don’t make him feel any more suffocated than he already does right now.

Now, if you know that you haven’t been suffocating your ex, and you know that he hasn’t moved on with someone else, that answer to “Why isn’t he texting me back?” might just be that he’s simply busy with something else. Men don’t multitask as effortlessly as women, so he might be working on an important project at work, playing video games, or hanging out with his buddies. Sometimes it’s as simple as that!

What to do when a guy ignores your texts

And no reply?! No one likes to be left on read and no one likes to have their messages go unanswered! What’s worse, something in your gut tells you that it’s not because he’s just mindlessly playing video games right now.

So what do you do? Send another message saying, “Hello?!” 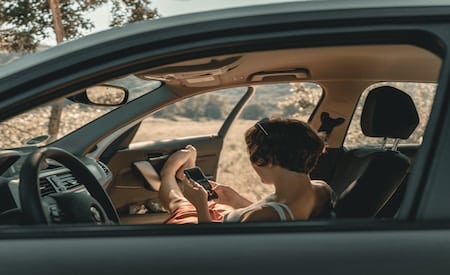 And then, suddenly he will realize, “Hey wait a minute… I haven’t heard from her in a while. Where is she? Why isn’t she talking to me? Is she over me? It looks like she’s having an amazing time… I think I should call her…” The more he sees that you are living an incredible life, the more one specific thought is going to creep into his head: “Did I make a mistake in letting her go? Have I lost her forever?”

The fact that you’re not reaching out to him is going to spark his interest and make him feel more inclined to make the effort to reach out to you! There is no sense in blowing up his phone if he doesn’t text back. Instead, give him reason to reach out to you first.

Your main goal right now is to fill up your schedule. You want to get so busy with things that bring you joy that he’s going to wish that you were messaging him so that he could partake! Instead of thinking, “He stopped texting… Should I text him,” get out there and get busy! Think about old hobbies you used to love that you’ve forgotten about or haven’t made time for. Start taking new classes like salsa or yoga. Getting out of your comfort zone is going to be so rewarding right now, and the busier you feel, the more in control you will begin to feel. 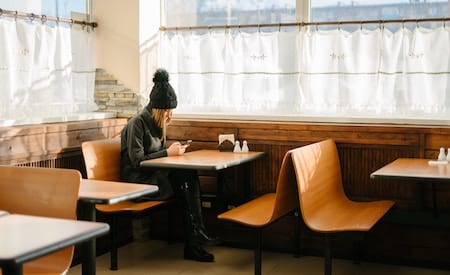 Right now it feels like he’s got all the control because he isn’t responding, but if you’re doing things that make you happy, you’ll keep your mind occupied and grab his attention at the same time. It’s not the end of the world if a guy doesn’t respond to your text, you just need to work on other ways to attract him back!

If you want to learn how exactly you can attract this guy back, I encourage you to click the link.

I am always here to help, so don’t hesitate to get in touch with me directly here, or to leave your question in the comments section below!

Wishing you ll the best in life and love,

Your coach when your ex boyfriend is not texting back