Writing A Letter To An Ex For Closure: Good Or Bad Idea? 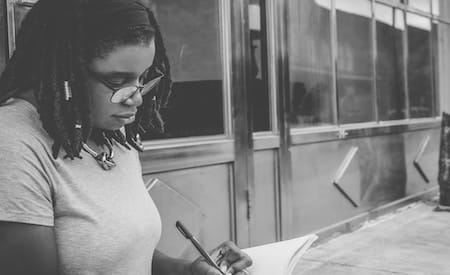 When you and the person you love most on this earth break up, you are flooded with all kinds of emotions. They range from anger to sadness, frustration and disbelief. There is so much you want to say to this person, but how do you even say it? You’re feeling so overwhelmed that when you do speak to them, it feels like you can’t get your point across without getting too upset. So often, we try to relay our post-breakup feelings to an ex, but it never comes out right. We are just too overwhelmed with emotions.

This is why many people come to me asking for advice about writing a letter to an ex for closure. They want to know if it’s a good idea and if so, how to write a good one. I wanted to share some of the tips and pointers I give them with you, right here in this article!

When you’re deciding on whether or not to send a letter of closure to your ex, there are a few elements to take into consideration. You’re about to find out everything you need to know so let’s get started!

What exactly is a closure letter to an ex boyfriend or girlfriend?

A letter of closure for an ex different simply in that it is not meant to be a tool for getting your ex back. Its goal is to clearly lay out your feelings about the relationship, the breakup, and the future. Simply put, it is meant to give you an emotional release that helps you to move on.


It isn’t easy to find closure after a breakup – especially when things ended badly and/or abruptly. Some people opt for complete radio silence, aka the no contact rule. This is a technique that helps you whether you want to get back together or move on, and it consists of cutting all contact with an ex for a predetermined length of time. While you’re in this period, you’re focusing on yourself, healing, and making your life better than ever before. For more information on the no contact rule and how it could benefit you, just click here.

Other people opt for a different route and consider writing a letter to an ex for closure. If you’re reading this article, you’re most likely contemplating the same thing so let’s take a look at the various elements to take into consideration.

Finding closure: Things to think about before making your decision

The very first thing I want you to keep in mind is that a letter of closure is actually for YOU. It is actually similar to writing all of your emotions out into a journal. It is a release that allows you to take all of the tumultuous feelings you’re experiencing and put them down on paper. This helps you to find clarity in what you’re feeling and what you want for the future.

READ THIS
30 day no contact rule psychology: How it works

If you’re feeling like you don’t even know what you want right now, and all you know is that it hurts, writing your feelings down can help you to organize your thoughts and analyze what it is that you truly want.

Sometimes, a letter to an ex is just about writing out your feelings as you part ways and sharing them with your ex.

So what should you think about when you start considering sending this letter to your ex?

• The amount of time that has passed

In the weeks following the breakup, your emotions are at their peak. It feels raw and intense, and sometimes we have trouble finding clarity in our thoughts. Sometimes the best thing to do when the breakup is still recent is to write out your thoughts, as many times as you want, without sending them to your ex. Allow for some time to pass and for your emotions to calm down, and these letters will help you to organize your thoughts and find exactly what you want to say to your ex. 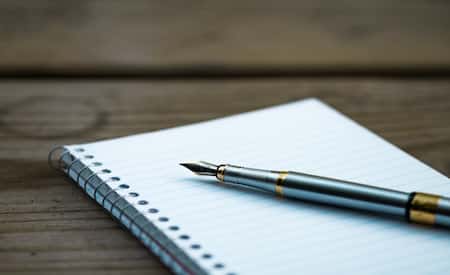 We have a tendency to want to write when negative emotions are surging, and if you want to send this letter to your ex, it would be better to wait until you’re in a more positive state of mind. Closure letters to send your ex boyfriend or girlfriend aren’t meant to be verbal attacks that preserve any animosity between you. They’re meant to allow you to say goodbye, accept the situation, and move on.

• What is the reason you are sending this letter?

This is something very important that you must take the time to think about. If you are unsure as to why exactly you want to send this letter to your ex, I would suggest writing out multiple drafts over the course of a few weeks. This will help clarify if your motivation is actually to make him or her want you back, if it’s to say things you felt like you never got the chance to say, or if it’s just to help you to move on.

There is a very simple thing that you can do when you’re trying to determine what you want to say to your ex. It’s true that our emotions are different every day – especially when it’s right after a breakup. Some days you’ll feel angry, other days you’ll feel sad, others you’ll feel empowered or ever hopeful.

READ THIS
I left my ex but I miss her : How should I tell her?

I suggest that you wait two days after you write your letter. Reread it 48 hours later and see if it still feels right to you. It’s crucial that you listen to your gut.

Sometimes people write letters of closure to an ex because they just want to end things on a positive note. These can be referred to as “gratitude letters.” When a relationship ends, it is most often the fault of both people. A person can write a closure letter to an ex and apologize for their portion of what went wrong and to make peace so that they can continue a cordial or platonic relationship.

So now that we’ve gone over the purpose of these letters and how they should serve as a form of emotional release for you, should you actually send it?

When you’re done writing a letter to an ex for closure, should you send it?

Many people have different opinions on this subject. Some feel that you should send the letter if you were the one to break up with someone so that you can explain your actions and tell them that you regret the pain you’ve caused. Some people think that you shouldn’t send any letter to someone who broke up with them because it undermines your self worth. Instead, they should cut off their ex entirely. 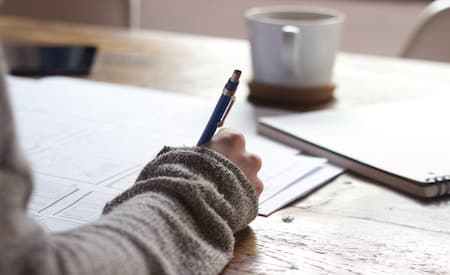 Other people think that writing a letter to your ex after a breakup is only worth it if you’re trying to get back together.

As each person has a different opinion regarding the topic, let me just ask you this:

Will you feel better or worse after having written a well-thought-out letter to your ex girlfriend or boyfriend? Could you regret sending it or would it give you a sense of release? Would it benefit you in the long run?

If your intuition tells you that sending a letter of closure to your ex would be a positive thing, then you should send it. If you are unsure, please don’t hesitate to leave your question in the comments section below this article or get in touch with us directly right here.

You always have to listen to your gut, and sometimes writing out a letter of closure can help you see clearly what your intuition is telling you to do.

I sincerely wish you all the best,

Your coach when you’re thinking about writing a letter to an ex for closure,