I broke up with him and he is ignoring me: Help! 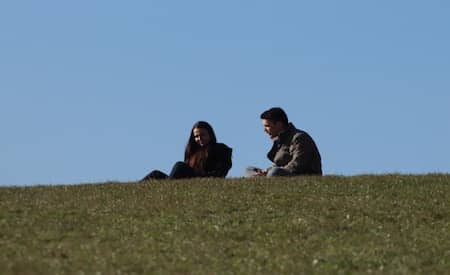 I wanted to sit down and write this article for you today because I just had a coaching session with Andi, who was telling me that her ex boyfriend just won’t respond to anything she sends him. She had ended the relationship with him, but she bitterly regretted her decision and wanted him back. Unfortunately it was impossible for her to get in contact with him, but she kept trying. When she realized that her ex was like a brick wall, she reached out to me for help. Since this is a very common issue that I encounter in my coaching sessions, I wanted to offer you some guidance on our blog.

When you’re thinking, “I broke up with him and he is ignoring me,” you are probably starting to panic. Is it all over for good? Have I lost him? Is there anything I can do to turn this around? Is there any way I can get him back?! Panic and doubts can fill up your head and cloud your mind, and unfortunately, this is precisely when people run the risk of making serious mistakes that would make their ex even less inclined to give them a second chance.

My goal today is to help you to understand what’s going on here. Getting a better understanding of what your ex is feeling is going to help you start to feel less frustrated, and then we will take a look at what you can do in this type of situation. Rest assured, you can turn things around. It’s just going to require some patience and self control, and you’ll be back on track towards getting your ex back in no time!

What does it mean when your ex ignores you…

So right now your ex has gone completely radio silent. He won’t respond to your texts, he won’t answer your calls, and perhaps he’s even leaving you on read. There is nothing more frustrating and it is driving you crazy. Not only is it getting on your nerves, it’s filling your head with doubts about what is going on.

More often than not, this type of behavior from an ex makes a person want to try even harder to get back in contact with them. It makes them try even harder to get a response. Sometimes a person will take to social media to post pictures that are meant to get their ex’s attention, like photos from a club with attractive members of the opposite sex. Sometimes it leads to cryptic or angry status updates on Facebook with the intention of making it clear to their ex that they’re hurt and upset…

In some rare cases, it can also turn into more invasive attempts at getting in contact like showing up at his workplace or messaging his friends for information.

This usually ends up backfiring and making the ex in question want to get even further away. So what can do you when you’re realizing “Wow, my ex is ignoring me?”

READ THIS
Is living with an ex a choice or an obligation if you want to get back together?

First of all, let’s take a look at what’s going on here.

Simply put, your ex is ignoring you right now because you are no longer together. For your ex to reach a point where he is throwing away everything that you’ve built and everything that you’ve shared, it’s crucial that you understand that your ex has reached a saturation point. He does not miss you right now and quite frankly, he is not being given the opportunity to miss you or to be curious about what you’re up to you and how you’re doing.

If you’re thinking, “My ex boyfriend is ignoring me,” it’s probably because you’re reaching out too early and coming on too strong. People often assume that the person who decided to pull the plug on the relationship is in the position of power and should have no trouble getting back together with the person they left, but it isn’t always that simple. Your ex is hurt, he’s angry, he’s frustrated, and he has a bruised ego and right now, he doesn’t want to hear from you.

I know that’s painful to read, but it’s important that you understand the situation so that you can make a stronger comeback.

As of right now, you are trying to win your ex over and convince him that you could be happy together, before you have taken the time to grow from this breakup and ensure that you don’t wind up in the same exact situation later on down the line. At this point in time, your ex does not believe that he would be happy with you, because he hasn’t been convinced of any changes or improvements in your life. If you want this person back, you absolutely have to take the time to analyze the situation. 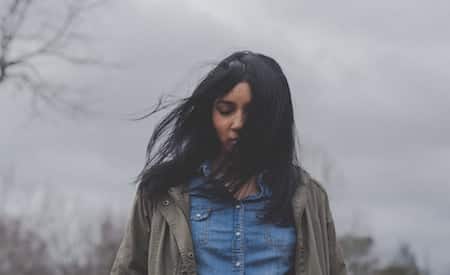 What exactly went wrong? What specific things can you change? How can you improve your personal life and grow from this experience? How can you become the new and improved you?

Now it is the time to take a good look at all the things that you can change. When a person’s heart is hurting, it’s not uncommon for them to focus on the negatives and forget now much control they actually have over the situation. Right now it doesn’t feel that way, but that’s only because you’re focusing on the wrong thing. All of your energy should be directed at yourself and using this as an opportunity to grow and become the 2.0 version of yourself. This is what will get your ex’s attention; not endless text messages!

Your goal right now should be to evolve and become a new and improved version of the person your ex fell in love with in the first place.

So when you’re realizing “Wow, my ex is ignoring my texts,” what should you do?

I broke up with him and he is ignoring me: Here’s what to do!

Right now, you need to focus on yourself. Forget about your ex and forget about your previous relationship for a moment. Your energy should be spent on no one but yourself and your own personal development. Your well being needs to be your top priority right now and it will start to create a shift.

READ THIS
My ex doesn’t text me first what should I do?

When an ex feels suffocated, the worst thing to do is to continue messaging and calling them. If your ex is going to come back, they’re going to need to feel like it was their own decision; not that they got pressured or guilt-tripped into doing so. Trust me, it’s not going to work like that.

Once you’ve really invested some time and energy into restoring your self confidence and into making your life better than before, you can start to look into what went wrong. What made you decide to end this relationship and what are your reasons for wanting to be with this person? If you truly felt that breaking up was the right thing to do, make sure that you aren’t trying to get your ex back because of emotional dependency. Unfortunately, many people are uncomfortable being alone and would rather be in an unhappy than be single, and I don’t want this to happen to you. This is why restoring self confidence after a breakup is so important. 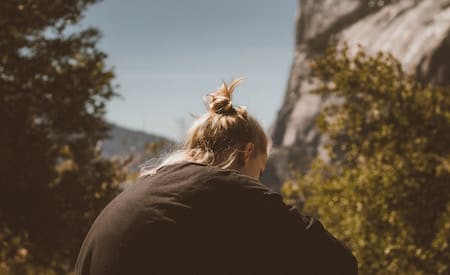 If you would like some one on one guidance on what you need to change in order to become the absolute best version of yourself and the person that can offer your ex what he wants out of a relationship, don’t hesitate to reach out to us. Together we can design a tailor made plan of action that will get you on track towards reaching your goal of getting back together. You can also leave any questions you may have in the comments section below and it would be our pleasure to personally respond to them!

Right now, all you need to do is take a step back and give your ex some space, while you work on yourself. You can try to get back in touch with them a few weeks down the line once you feel better. This will give him time to calm down, and this will give you time to regroup and make a strong comeback.

Though there might be many reasons your ex won’t talk to you, don’t forget that you are more in control of the situation than you might realize, and the most important factor is your self confidence.

Your coach when you’re thinking, “I broke up with him and he is ignoring me”