My Ex Girlfriend Wants Space… What Do I Do?! 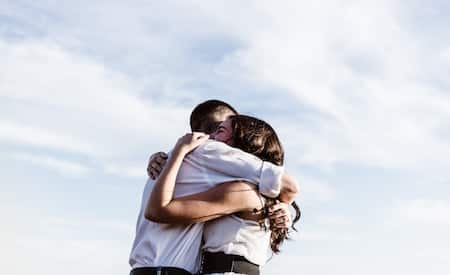 You want her back. Plain and simple. You know that this is the love of your life and that breaking up was a mistake. Maybe she ended it or maybe you did, but you are panicking at the thought of losing her forever. You’ve started trying everything you can think of to convince her to take you back, but you’ve had to stop dead in your tracks because she’s told you she needs space.

What do you do now? How are you supposed to get a second chance if your ex girlfriend wants space? Is there even anything you can do or is she lost forever?

Don’t worry. You’re in the right place because I’m going to explain exactly what you need to do in today’s article! Even if some mistakes were made while you were trying to get her back, it doesn’t mean that it isn’t reversible.

If she’s told you, “I need space,” it’s probably because you’ve been a bit too aggressive in your attempt at getting her back without realizing it. I get it. You’ll do whatever it takes to get her back, even if it means coming on a bit strong.

The thing is, this is pretty much the worst thing you can do when it comes to making someone want to get closer to you. I know that’s not what you want to hear, but trust me.

If a person feels suffocated, pressured, or even irritated by your behavior, it’s going to make them want to get as far away from you as possible. This is pretty much the opposite of what we want your ex to be feeling.


Another common thing I come across in my coaching sessions is something a little more confusing. Let’s take Brandon for example. He came to me last month with this email:

“I was really close with my ex so when we broke up I thought we could still be friends I guess. I want to be with her again, and I figured that maybe that way I could stay close with her and eventually get her to fall for me again. Then one day she texted me and said she wants space… I don’t understand. Did I do something wrong? And what am I supposed to do now?”

Oftentimes, when someone needs space it’s actually because they need to clear their mind and organize their thoughts. In Brandon’s case, we came to understand that she was actually developing feelings for him again but it scared her. They had broken up for a reason and she was worried that she was going to fall back into the same pattern with him. It was up to him to reassure her that he could offer her a NEW relationship – one that wasn’t just a copy of their old one.

He had to provide longterm solutions and prove that he had learned from the breakup. She has since come around because we have been working on his approach. As always, I am here to help if you need one on one guidance!

So, when your ex girlfriend says she needs space, it means that something needs to change in your approach. She’s either fed up with your behavior or is experiencing conflicting emotions.

So how do you do this?

Ex girlfriend needs space? Here’s what to do…

When she tells you she needs space, there are a couple different reactions you might have. First, you might be offended and think something like, “Oh, you want space? Fine. You can have all the space you want.” You’ll feel bitter and push her away. You might even exhibit negative behavior like badmouthing her or saying things that would hurt her feelings.

On the other hand, you might get your ego bruised (well, even more bruised than it already is after the breakup) and put up walls. You might start to avoid her or even isolate yourself. 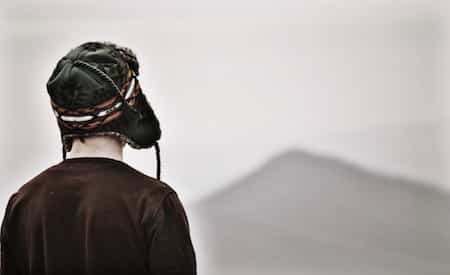 If you have these types of reactions when your ex girlfriend needs space, well, how’s it going to be when she comes around again? You see, when two people give each other space, it’s the perfect time to reflect and think about the breakup and whether or not it was the right thing to do.

There will be a point during which your ex girlfriend will become nostalgic and all the good memories will start to flow back in. This is when she’s vulnerable to being convinced that she should be with you again, so you have to be prepared.

That said, here’s what you need to do when she says she needs space.

Obviously. But that’s not all! I know that you’re scared of losing her forever, but giving her space is actually the key to getting her back. She needs time to recover from the breakup and so do you. You also need time to figure out what went wrong and what you can do about it. You ALSO need time to become the new and improved version of you that she’s going to want to be with.

If you’re spending all your time bugging her to talk about what happened or begging her to see you, she’s just going to cut off all access and put up mental barriers. But if you respect her wishes and use the time wisely, you can come out on top.

When a girl says she needs space, she means it. Sure, there might be a part of her that is secretly hoping that you’ll pursue her more, but don’t bank on this. The safest thing to do is to do what she asks and give her space right now.

If she said she needs space, it’s time for a very powerful technique used for getting exes back:

To summarize, this technique is used to help you bounce back from the breakup while making your ex miss you at the same time. For more in depth information on this powerful technique, I encourage you to read this article on using No Contact. Right now, your ex is basically asking you to not contact her. 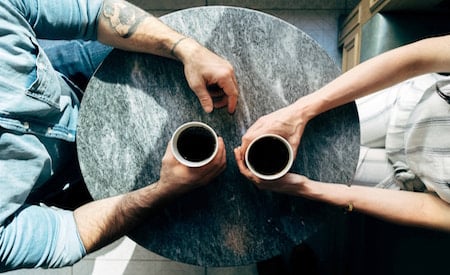 So you’ll either go all in and determine an amount of time you’re going to designate to zero contact and stick to it (even if she reaches out to you before this time period is over), or begin no contact and let her come to you.

Either way, you have to focus on self improvement right now and come up with how you’re going to ensure that you don’t wind up in the same situation in the future. That means analyzing the breakup and what solutions you can realistically offer.

The next step (whether you decide to get back in touch with her via text message or the handwritten letter) or you wait for her to reach out, is to start reestablishing attraction.

When your ex girlfriend told you she needs her space, don’t dive back in and start suffocating her again! Don’t ask her to go out on a date with you the second you get in touch with her again. Think baby steps. Talk via texts at first, keep things positive, and then graduate to phone calls, and then see each other for a coffee… You want to let it develop slowly so that she doesn’t feel overwhelmed or pressured.

Throughout this entire process you are going to want to share the improvements you’ve made to your life. You want to subtly remind her of the man that she fell in love with in the first place and become a new and improved version of him.

As each situation is of course very unique, I encourage you to get in touch so that we can design a custom action plan to get you back together with the woman you love!

If you have any questions, don’t hesitate to leave them in the comments section below. It would be our pleasure to personally respond to you.

Your coach when your ex girlfriend needs space but you want her back,