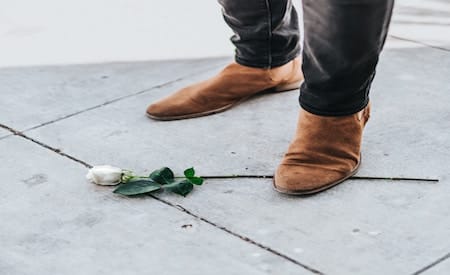 Seeing your ex move on with another person can break your heart all over again. Maybe you still want to be together, or maybe you’ve already tried to turn the page, but it still hurts… a lot. Now you’re wondering if you’ve done something wrong in your attempt at getting back together, or maybe you’re even wondering if perhaps you have more feelings for this person than you thought? And more importantly, what are you supposed to do now?!

Realizing, “My ex moved on” can fill your head with all kinds of doubts, and it’s important to clear your mind of these types of negative doubts. I wrote this article today to help you understand what’s going on and what you need to do next, whether you want your ex back or not!

You aren’t going to sit around and mope just because your ex is dating someone new. You’re going to grab life by the horns and turn the situation around so that you start feeling great again. As you know, you’re the only one in charge of your emotions and what’s more, you can still turn things around if you want your ex to be with you again…

Well, sure. This is completely normal. When we go through breakups our egos take a huge hit. Our self confidence is damaged, our hearts are broken, and we can begin to doubt our ability to be a desirable partner. On top of that, and if that wasn’t bad enough, you’ve just found out that you’ve been “replaced.”

How’s that for a cherry on top. So now you’re probably fixating on what this person has that you don’t. You want to know why your ex wants to be with them but not with you (especially if your ex was the one to pull the plug on your relationship). Your ex might even be dating the person they cheated on you with. Ouch.

As horrible as it all might feel, I want to take a moment to remind you that you should not be measuring your self-worth based on your ex’s new girlfriend or boyfriend. Instead, and especially if it’s making you feel inferior, now would be the ideal time to put even more effort into making yourself proud of yourself. I’ll expand on this in a moment.

I know that right now you’re probably wishing that you had done something differently, or maybe even that you had moved on first! But there is no sense in feeling regretful. Tomorrow is always a new day and you can switch up your approach.

READ THIS
My ex is being manipulated what should I do?

Now, if you’re thinking “My ex moved on and I want to move on too,” you can use this new piece of information regarding your ex as fuel to do just that. You bring quite a bit to the table and you deserve to be happy with another person as well! The key for getting over an ex who has moved on is to get very busy with activities and people that bring you joy. You don’t have to dive back into the dating pool right away (unless you want to!) I just want you to fill up your schedule and give yourself things to look forward to.

My ex is moving on so fast… How is this even possible?

I had this conversation with one of my clients just the other day. Rachel had decided that she wanted to get her ex back, but he moved on with another girl. In fact, he started dating this other girl within just a few weeks after breakup! Rachel was dumbfounded when she found out.

She was saying, “My ex moved on as if we hadn’t just spent three years of our lives together. As if he could just forget me overnight.” She was hurting and felt like her ex had no problem just throwing her in the trash as if nothing special had ever happened between them. How was this possible? After three years he could just jump into the arms of some girl he had met at a party? Seriously?

Well, upon closer inspection, I found that we had a classic case of a rebound relationship. Rachel and her ex had obviously been very close, and when they broke up, her ex couldn’t stand to be alone. He was emotionally dependent on relationships and couldn’t stand to be single, so he picked a girl he met to begin a new relationship. It was kind of like an emotional bandaid for him so that he wouldn’t have to be lonely and so he could have a distraction from the pain of his breakup with Rachel. The relationship was short lived, as most rebounds are… 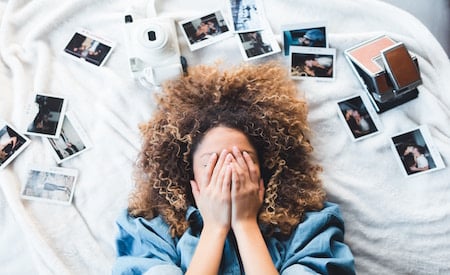 Sometimes, you will have to learn how to cope with your ex moving on and getting into a serious relationship. This usually happens when some time has passed since the breakup and he or she is ready to try again with someone new.

Sometimes it happens when they got so fed up with your relationship that they feel that it would be inevitably be better with someone else. It’s like they’re thinking that the grass is greener.

READ THIS
My ex is The One but how can I make them understand?

Now, chances are that you had dated your ex longer than he or she has been dating this new person, so what can you do about it if you want them back?

So you’ve seen signs your ex has moved on. You want him or her back but you’re worried that you’ve lost any chance of it.

▪ Your ex moved on and got with this person very soon after your breakup
▪ They’ve been together for under a year
▪ Your ex doesn’t seem serious about it (pay attention to how they interact on social media and how your ex talks to other people about this new person).

So when your ex has moved on, you’re going have to find a way to remind them of why they fell in love with YOU in the first place. I’m not talking about playing games or posting old pictures of you together on Instagram! I’m talking about remaining present in his or her life in a way that makes them realize that the grass isn’t greener on the other side, with the new boyfriend or girlfriend.

You have to be very subtle in your approach or you run the risk of making the two of them bond more because they know you’re trying to break them up. The goal is to make the new person slightly uncomfortable with your presence. Just by consistently being there, you can create a divide between them. You don’t need to play games.

By being present, the new person will become jealous which will render them unattractive to your ex.

As these situations are very delicate and each one is entirely unique, I do encourage you to get in touch with me directly so that we can create a custom action plan. I want to catapult you closer to your goal and make sure you don’t lose any time with something so delicate!

I wish you all the best in life and love,

Your coach for when you’re thinking, “my ex moved on,”