Should I Apologize To My Ex Again? Here’s How To Get Them To Listen! 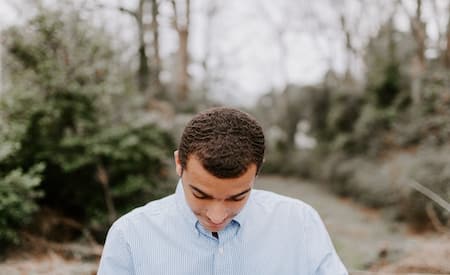 I was talking to a client this morning who asked me a question that I often hear in my coaching sessions. “Should I apologize to my ex again? I’ve already said I’m sorry for what I did but she won’t hear me out…”

Aaron’s ex girlfriend had left him because she found out that he had been flirting with another girl. She discovered his text messages to her and no longer felt that she could trust him, so she ended their relationship. Seeing the error in his ways, Aaron apologized to her over and over again, promising that he’d never do anything like that again. The problem was that she wasn’t receptive, and he didn’t know what to do to get her to forgive him.

Because this is such a common phenomenon, I wanted to dedicate an article to this topic. I want to go over how to handle apologizing to an ex when you feel like you’ve already tried to do it a thousand times, and what you need to do starting today if you want to see a positive shift in the way things are right now!

Apologizing to an ex: Why isn’t it working?

When you go through a breakup, emotions are running wild. There are tensions, you’re upset, you feel lost, and you panic. This is especially true when you know you did something that directly caused the breakup to take place. You know that this is the person you want to spend the rest of your life with, but something happened and now it looks like he or she is gone!

You don’t want to let this person go, so you’ve been trying everything in your power to tell them that you’re terribly sorry and will do whatever it takes to make things right.

The problem of course is that your ex is so upset right now that they’re not receptive to your apology. In fact, it feels like each time you apologize to them, the less they want to hear it.

So how can you be forgiven if your ex doesn’t even want to hear your apology?

Well, the more you keep apologizing, the less impact it’s going to have on your ex significant other. Apologizing to your ex needs to be done so that you can clear the air and set the foundation for a stable relationship in the future. It’s true that the issues will have to be addressed and your ex will need to understand that you are sorry about what happened, but there are certain ways to go about doing so that will help you to get your point across in the best way possible. A little further down, I’m going to go over what to do in these types of situations, but first, I want to take a moment to go over something else that is also very important.


Sometimes, I’ll notice that a client wants to apologize to their ex when in fact they are not the one at fault. Why would they do this, you might ask?

Simply put, this is a common coping mechanism and I want you to be careful to guard against this. Sometimes a person will think, “I want to apologize to my ex because then they’ll come back to me.” Sure, if you betrayed their trust or hurt them, you should apologize, yes.

But why do some people go out of their way to ask for forgiveness when they didn’t actually do anything wrong? Well, it’s a coping mechanism.

They realize that if they are the root of the problem, then they must be in charge of the solution as well. It makes them feel like they are actually in control of the situation. The result is that they take blame or take themselves out of a position of power in terms of their ex simply because they think that they’ll be able to change the situation that way.

It’s a complex mix of emotions, but I want you to guard against this. If you know that you did not do anything wrong, don’t paint yourself in a negative light. It might feel easier to think, “I am the problem so I can also be the solution,” but make sure that you’re being honest with yourself and are viewing the situation accurately.

No one is perfect, and pay close attention to what you should be changing. This bring us to my next point…

Should I apologize to my ex, and how should I do it?

So, if you have something to apologize for then yes, you should absolutely say you’re sorry. The key is going to be HOW you say sorry.

One of the best tools for apologizing is writing a letter to your ex. Ideally, you should write one strong letter instead of many, messy ones. I know that when emotions are running high, it’s hard to resist the temptation to write lots and lots to your ex and send it all… After all, you just really want him or her to know how sorry you are.

At this point, your ex is not going to be as receptive to hearing your apology because they’re still upset. Right now, their most recent memory is whatever you did that hurt them – whether it was lying, cheating, or betraying their trust in any way. They’re going to need some space to work through their emotions and so are you.

A letter is powerful, but time and thought needs to go into it. You shouldn’t be jotting all your feelings down and sending your ex streams of brainstorming sessions. 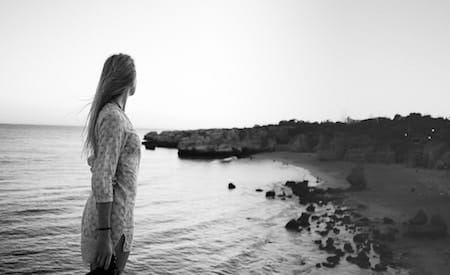 Your ex should receive the final version of your letter, once you’ve taken the time to really think about what you’ve come to understand, what needs to change, and what you’re doing about it.

As we all know (but so often forget), actions speak louder than words. You can apologize to your ex until the cows come home, but if you’re not backing it up with any actions, your apology is going to be considerably weaker.

READ THIS
Attracting Your Ex : How to use the famous law of attraction ?

Of course things can’t get fixed overnight, but if you can show your ex that you’re doing what you can right now to prevent this type of situation from happening again, they’re going to be more receptive to hearing you out.

The key is to give them some time and space first. If you keep bombarding them with apology after apology, they’re going to be feel frustrated, pressured, and suffocated – none of which are feelings that make a person want to sit down and listen.

Writing a letter to an ex you want back allows you to give this person the space they need, while clearly presenting your point. Try to put yourself in their shoes. When your ex apologizes for hurting you, it’s one thing, but when they apologize for hurting you and explain that they’ve learned a valuable lesson and are applying it to their life from here on out, you’ll be more likely to pay attention to what they’re saying.

So, what should this letter include?

Well, the biggest point you’re going to want to make is that you’re aware of what went wrong, and you’re taking action to rectify the situation.

An apology letter to an ex girlfriend or boyfriend should include the following:

1. How you’ve recognized your own shortcomings
2. Thanking her for helping you recognize them
3. Apologizing for not recognizing them in the relationship
4. The fact that now you understand and you are currently working on rectifying them
5. Communicating how you’re making longterm improvements and finding solutions

In addition to writing this letter, you’re going to want to make an effort to improve your life. If you want your ex to take you back, you’ll have be able to offer him or her an entirely new relationship. Now is the time to become the new and improved version of yourself that is going to attract your ex back like a moth to a flame.

If you have any questions at all, please don’t hesitate to leave them in the comments section below and it would be our pleasure to get back to you. As each situation is entirely unique, don’t hesitate to reach out to use for one on one guidance here.

Your coach when you’re wondering, “Should I apologize to my ex?”