What Is My Ex Thinking After A Breakup? Here’s What We Know For Sure… 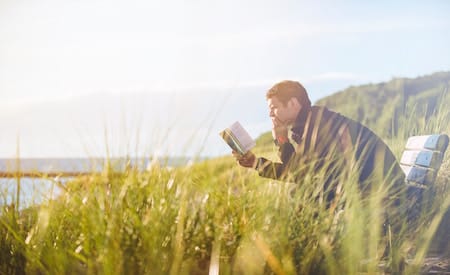 Wouldn’t it be amazing to be able to read minds sometimes? Instead of sitting here thinking, “What is my ex thinking after a breakup? Are they thinking about me right now? Do they miss me,” you could just press a magic button and have all your questions answered… Unfortunately, we can’t read minds but you do now have access to an expert in love and relationships who can tell you what an ex is usually thinking after a breakup!

I’m writing this article after having spoken to one of my clients who told me that she wishes so badly that she could just know what her ex was thinking right now. I know that this is something that so many people think about, so I wanted to share this information with you right here.

I’ll go over what is going through your ex’s mind right now, and what you can do to make them miss you if your’e hoping to get back together!

What is my ex thinking after a breakup? The million dollar question

It would be pretty handy if we could just read a person’s mind sometimes. Not all the time, because I’m sure you’ve experienced some situations in which you’d rather not know what a person was thinking, right? Anyway, I digress.

Knowing what your ex is thinking after a breakup would make things so much easier. You’d know if he or she was missing you, whether or not they were still angry or sad about the breakup, if they regretted ending the relationship, if they’re relieved now, and even if they were wondering about what is on your mind as well!

I have a lot of people come to me for guidance when they’ve decided to begin using the no contact rule on an ex. If you aren’t familiar with my philosophy or if you haven’t heard of this tool yet, it simply consists of cutting contact with your ex for a predetermined about of time. Depending on how the breakup unfolded, the recommended time frame is about three weeks to one month. To summarize, the goal behind this technique is to allow you to heal from the breakup and become the best version of yourself, while making your ex begin to miss you and regret the breakup!

As I’m sure you can imagine, (or you know if you’re using this tool), it’s very challenging to stick to it! Yes, the results can be spectacular but you have to fight the temptation to break no contact prematurely. If you cave because you just couldn’t get, “What is she or he thinking after the breakup?!” out of your head, you could seriously damage your chances at getting your ex back.

Why? Because this tool needs to be used to inspire your ex to want to get closer to you. If you just throw in the towel and go right back to him or her, you’ll just be handing all of the power right back over. For more in-depth information on this powerful tool and how to use it, I suggest reading this article on the no contact rule or getting in touch with me directly!

READ THIS
Begging an ex is never a good idea!

If you’re using this tool, I know you want to find out what a man thinks after a breakup or what’s on a girl’s mind after a breakup because you want to know if you’re on the right track! Are you successfully making him or her want you back? How can you know for sure if you’re not talking to them?

Now it is also possible that you’re wondering, “What is my ex thinking after a breakup” because you’re just curious! You aren’t trying to get them back or anything, you just want to know what’s going on in his or her mind now that your relationship had ended.

Well, whatever the case may be, let me explain what goes on in a person’s mind when they break up.

Is my ex thinking about me after the breakup?

When it comes to women’s and men’s thoughts after a breakup, it’s going to largely depend on how the breakup happened.

For example, if you two were constantly fighting and at each other’s throats, the initial feeling following the breakup may very well be one of relief. If the breakup happened because your ex cheated on you, they may be experiencing bitter regret right about now. If the relationship ended because you cheated on your ex, they are most likely feeling anger and hurt.

Generally speaking, the feelings directly following the breakup are the most negative. This is when we see fury, a feeling of betrayal, bitterness and heartbreak. Interestingly enough, men and women tend to experience the pain of a breakup in different ways. I wrote an article recently on what exes are thinking during the no contact rule, but to give I’ll summarize what happens after a breakup for you here as well.

What do guys feel after they break up with you?

It may come as a surprise to you, but there is difference when it comes to a girl’s and a guy’s feelings after a breakup.

In most cases, men are taught to hide their feelings and that showing too much emotion makes them weak. When something hurts, they just have to suck it up and release that tension in a different way. This is why many men have become very good at suppressing these emotions right after the breakup. They go out and hang with the guys, party, drink, have meaningless hookups with other people, and they might actually seem fine… for a while.

This type of behavior actually just postpones the inevitable: a resurgence of all these suppressed emotions.

And trust me, when these emotions surge back up, they hit hard. So how is this different from girls after breakups?

Is she thinking about me now that we’ve broken up?

While men experience the impact of pain of the breakup a few weeks after the breakup, women tend to feel it right away. Chances are that the breakup and the pain of it will be at the very forefront of your ex’s mind, especially if the breakup is fresh.

She’s certainly going to be thinking about you – and it might not be positive at the moment. Even if it’s not, that can change and I’ll tell you how!

I can’t sit here and say, “Trust me, she misses you!” because right now she might still be angry with you and with the situation.

That said, both men and women will reach a vulnerable point after the breakup when they actually do start reminiscing about the good times, and they will start missing you…

Will she or he come back after a breakup?

Like I just said, there will be a point when your ex actually does begin to feel nostalgic. If you are using the no contact rule properly, you can be sure that this is going to happen. This is when you get your window of opportunity.

Your ex is going to be upset about what happened at first, but little by little they’re going to start remembering the good times you had together. They’ll start to wonder what you’ve been thinking about and how you’ve been feeling. They’ll be curious about whether or not you still feel something for them, and they’ll probably take a look at your social media profiles (or have a friend take a look and report back).

This is why I stress the importance of using the radio silence technique properly and not caving in too early. Your ex might even reach out to you at this point, and it’s crucial that you don’t just go running back to them, professing your undying love.

Your job is to make your life into what you’ve always wanted it to be, and to make it as enticing as possible to your ex.

This is a delicate moment, so I highly encourage you to reach out so that we can devise the best action plan possible.

I know you’re dying to know the answer to, “Does she think about me, too,” and what guys think after a breakup, but you can be sure that your ex will think about you after the breakup. It’s up to you to use this to your advantage and if you want them back, do everything in your power to make him or her realize that their life would be better with you in it!

I wish you all the best,