How to get an ex back after 3 months if you’re still interested! 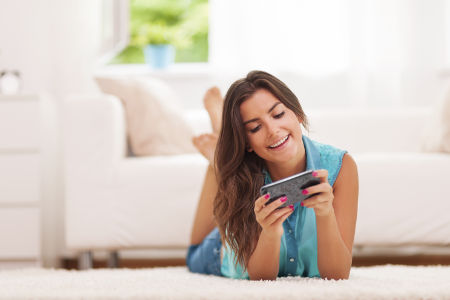 Love is funny… It can make us move mountains, it can make us make mistakes, it creates new habits, and it’s one of the strongest emotions a person can feel. I don’t want to give you a definition of what love is, but it’s important to remember these elements because a lot of people don’t understand how a situation like the one we are about to explore can exist.

Just a few months ago, you were still together and you had been in a relationship for a relatively long time. It had been intense and your emotions were sincere and strong. Unfortunately, this love story didn’t last and for one reason or another, you have separated. Maybe you’ve dated other people since then, but your feelings for your ex have never really dissipated. You can’t, or you don’t want to turn the page and you’re wondering if you can get an ex back after 3 months.

A lot of people might think it’s ridiculous to want your ex back after months (or even years,) but you shouldn’t let a third part influence your decision. If deep down you know that this story isn’t over and you are hoping to get back together, why shouldn’t you try? Do you think if a breakup is starting to date back that it means that you can’t be together again? Well guess what. I’m going to prove that the opposite is true in this article!

Why do I still think about this relationship so long after the breakup?

I know that most of you aren’t necessarily happy about not being able to move on from the breakup you had gone through. You want to be able to move on and to no longer feel like something’s holding you back. You dream of your ex and you’re asking yourself all kinds of questions about how to proceed.

But the one thing that you can’t seem to figure out is why they still occupy so much space in your mind, and you want to know why you can’t stop thinking about this relationship after such a long time.

READ THIS
Threatening an ex is a very very bad idea!

First of all, the most obvious reason is Love. Love is what makes you want your ex back after 3 months or more. Your feelings for your ex haven’t disappeared; you’ve shared some very special moments together, you had a strong affinity, and you miss all of this. You haven’t found another person that made you feel like this…

If you have kids together, it’s even harder to move on and to forget an ex. You’re still in touch for your children’s sake and you still see each other often. It’s not rare for your emotions to remain strong, even if it’s been years since the divorce. You spend an afternoon with the whole family together for a birthday, and that night you dream about the first time you had gone on vacation together, and about your relationship. This shows that you’re ready to take action to do what it takes to be together once again.

The best tips to get an ex back after 3 months

In order to get an ex back after a long breakup, you’ll have to use some specific techniques because when months have passed, the methods you need will as well. If you haven’t been in touch with your ex for a while, Radio Silence isn’t the best move because you are already out of touch. Communication is what you need if you want your begin a new relationship with your ex.

I’ve been talking about the process of getting back together since the beginning of this article, and there is one principal that needs to be respected at all times: never rush things. When you want to get an ex back 3 months or more after the breakup, you have to take some time to think because the person you had known before may have changed. Before you think about getting back together, having new plans together, you have to get in touch first and get to know each other again. You have to do this even if you haven’t been in touch for 3 months because things can evolve very quickly. Whether you like it or not, the breakup has left a mark and you’re not the same person anymore either. This doesn’t mean that you two are strangers to one another, but it’s important to rediscover one another.

READ THIS
Want to stop being jealous? 3 tips and 1 exercise just for you!

When you want to reestablish communication with your ex you have to present them with something new and avoid basing all your conversations on the past. If you haven’t changed anything since you’ve separated, whether it’s physically, professionally, or in other aspects of your life, your ex will feel like they’re just returning to the past. In order to attract them, you need to show them something new and exciting. Talk about a trip you went on, your promotion at work, or issues you had been faced with that you had surmounted. This is a great way to create an exchange and to start over.

You shouldn’t try to have the same foundations that you had when you were still together. A huge number of men and women make this mistake. Don’t forget, the relationship ended up in a separation so avoid the past at all costs, and don’t make the same mistakes as before.

One tip for getting your ex back after 3 months is using physical attraction. You already know each other and if you had been together it means that there was already a considerable amount of attraction. So it’s up to you to recreate this chemistry with the person that you’re still in love with. The best thing to do is to begin a game of seduction. If you can spark their interest by becoming more seductive and more confident, you’re going to make them want to approach you again despite the distance between you.

Your coach for getting an ex back after the separation,