He’s pulling away! What do I do? 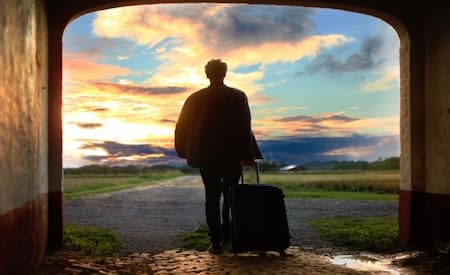 I was just talking to one of my clients who contacted me in a panic because she felt her ex boyfriend slipping through her fingers. He was drifting away and she didn’t know why or what to do. She had panicked and had made some mistakes that make him pull even further away, and that’s when she contacted me.

It’s so hard because you used to be so close with this person. He was your best friend and now he’s just gone. You used to share everything and now you can see that he doesn’t want to be in touch. It stings and you have no idea what to do now. I wanted to write this article for you so that you would know why he’s pulling away and what you can do about it starting today!

There are various do’s and don’ts to keep in mind right now, and it is imperative that you don’t make matters worse! This is especially true if you are certain that you want your ex boyfriend back. So, what do you do? Let’s dive right in!

He’s pulling away… but why?

My client told me that she and her ex had been very close and their breakup wasn’t even a nasty one. They mutually ended the relationship because it started to feel a bit monotonous and they both wanted something new. My client however, realized that she didn’t want to end the relationship and understood that various things needed to change.

There were two things at play here. The ex boyfriend in question needed space in order to heal from the breakup. He didn’t feel like he could move on if he was still seeing her and speaking to her all the time. On top of that, my client was starting to feel panic at the thought of losing him, so she tried even harder to get a hold of him. She absolutely wanted to talk to him so that she could find some reassurance, but it was making him feel suffocated and pressured, which in turn made him pull away even more.

Sometimes it’s hard for people to take a step back and put things into perspective, especially when they’re so afraid of losing the one they love. This in turn makes fixate on what to do if he’s pulling away, but very often this leads to mistakes. I’ll elaborate on that in a moment…

READ THIS
The perfect date to get back with your ex

I also want to mention that there are many other possible reasons why he is pulling away.

A few more of these are that he might have felt suffocated by the relationship and breakup and doesn’t want it in his life anymore. It is also possible that he is in a new relationship (either a rebound relationship or a serious one), or he simply might be terrible at handling conflict. All of this can be terribly frustrating, but it’s important to avoid making serious mistakes right now!

When a guy pulls away, here’s what NOT to do!

Most of us have the tendency to want to try harder to get in touch with someone who’s pulling away so that we can find some kind of reassurance. We don’t like feeling like we aren’t in control of the situation!

So we send message after message, trying to get a response, and when we don’t get a response we try another way to contact the person. Facebook message, liking pictures on Instagram, “accidentally” bumping into them in bars you know they go to on the weekend.

To put it simply, when he starts pulling away, the things I listed above are pretty much the last things you want to be doing right now. If you want to stop him from pulling away, you’re going to have to start thinking about reverse psychology… but more on that in a moment.

When a guy pulls away, he’s forcefully putting space between you, which means that that’s what he needs and hasn’t found a better way to get it. If you suffocate him and make him feel like he’s not allowed to have space, he’s only going to resent you and pull away even more.

The more you push, the more he’s going to pull away.

I understand that this might sound counterintuitive, but let me explain.

Here’s what to do when he pulls away!

When you’re realizing, “My ex boyfriend is pulling away,” you’re going to have to take a step back. The power play is shifting in his favor and he’s gaining control of the situation. This isn’t a game, but it’s helpful to think about it as a push and pull situation that needs to be balanced out. If he’s pulling away, then you’re pushing too much (even if it doesn’t seem that way).

READ THIS
Can exes be friends : The real answer

The ideal course of action under these circumstances is a form of the No Contact Rule. Either full on no contact during which you don’t speak to him for three weeks to twenty-one days, or you opt for limited no contact, where you don’t go out of your way to contact him but will politely respond if he messages you.

The goal of the no contact rule is to help you bounce back from the breakup, become the best version of yourself, and give your ex the opportunity to miss you. 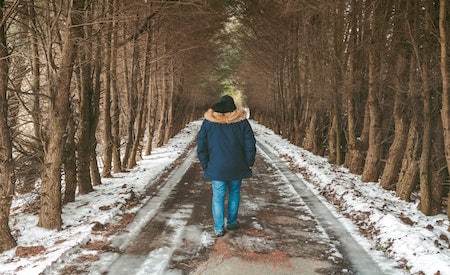 Your ex missing you is going to depend directly on whether or not you use this time to become the best version of yourself. Think about it this way. We want your ex to wish that he had the opportunity to talk to you, because your life has become so enticing. He’s realizing that he actually wants to be a part of it, so he’s going to make the effort to get closer to you. We want him to be doing more work to secure a place in your life – not the other way around.

You see, when we are handed things on a silver platter, we get bored of them. If things are given to us without us having to put forth any effort, we tend to feel indifferent about them after a while and this is NOT how we want your ex to see you! This means that you’re going to have to stop handing him all of your love and attention on a solver platter – especially if he’s pulling away!

So, starting today, I want you to take all the effort you’ve been putting into getting closer to your ex, and invest it in creating the life of your dreams.

If you’d like to read more in depth information on how exactly to attract your ex back, I invite you to read this article right away!

As always, we are here to help guide you from A to Z so please don’t hesitate to get in touch with us directly here. You can also leave any questions you may have in the comments section below and it would be our pleasure to personally reply to you!

Your coach when he’s pulling away