How to get him interested again after your breakup 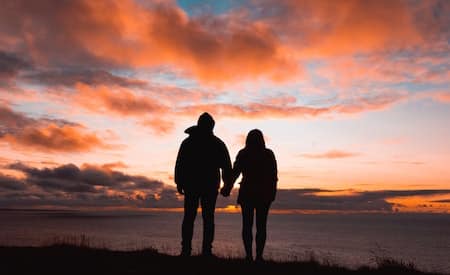 This morning I was speaking with one of my clients, who was telling me about how her boyfriend had told her that he didn’t want to be with her anymore. He actually told her that there was no chance of them getting back together. Ouch. Unfortunately, this is something that happens to people very often but fortunately, there are things that can be done in order to change the situation. That is why I wanted to write this article for you today on how to get him interested again, even if you’re feeling like the situation is hopeless right now.

Perhaps he’s with someone new, perhaps you two were fighting all the time, perhaps the relationship had become monotonous and the passion fizzled out… Whatever the case may be, I want you to know that you are going to be able to change the situation. We specialize in getting people back together, so I can confidently tell you that you can get in control of the situation and turn things around!

You’re in control of more than you might realize, and it is my goal to help you see that. Your success will depend on your actions, and the fact that you’re on this site right now means that you’re already getting proactive. You’re on the right path, so let’s dive into how to spark your ex’s interest in you again!

A lot of people, like the client I just mentioned above, find themselves in a situation where they feel like things are hopeless. He had actually told her that he swore that they would not be getting back together and that she was wasting her time trying to win him over again. Of course, when you hear something like that it doesn’t fill you with a big burst of hope. No, it’s normal that you might feel like there’s nothing you can do…

But I want to share with you the same thing that I told her about how to make him interested again.

The first thing I’d like you to understand is that when a person if feeling frustrated and like they are not being heard, they are very likely to say some powerful things just to get a message across. And yes, truth be told, in that moment your ex might actually believe the words that are coming out of his mouth. That said, when an ex says something that harsh to you, oftentimes it isn’t because he doesn’t believe that he isn’t going to be able to take you back; it’s because he doesn’t believe that he will take you back in the condition that you were in during the breakup.

When the breakup occurred, it is very likely that you were no longer the person they met at the beginning of the relationship. As we get comfortable in relationships, we sometimes transform and get lazy. We let the passion fade out, we allow ourselves to start becoming needy and clingy, we might even unwittingly force our partners to spend all their time with us and end up suffocating them.

READ THIS
She Left Me For Her Ex: What Am I Supposed To Do Now?!

Sometimes, we can also get lazy with ensuring that our partner feels loved and appreciated, and they can end up feeling neglected and abandoned. Similarly, when the breakup takes place, the emotions can take over and make a person behave in ways and do things that they normally would never do. Simply put, if we aren’t careful, circumstances can often lead us to change, and not always in a positive way.

When all of these things happen, your significant other can begin to mentally disconnect from the relationship way before they actually end the relationship. I am bringing this up now because it is very likely that you are not proud of who you had become by the end of your relationship with this person. You might not even recognize that person right now. Maybe a lot of external elements drove you to exhibit needy, jealous, or neglectful behavior towards your ex…

But I know that you want to know how to get him interested again fast, so let me tell you this.

Fair enough, your ex doesn’t want to get back with the person you were by the time of the breakup, but that does not mean that it isn’t in your power to make some concrete changes and become the new and improved version of yourself!

If you truly want to get him interested again and breathe life back into this relationship, you aren’t going to be that person anymore. You’re going to take action and start doing what it takes to become the 2.0 version of yourself. Your ex fell in love with you once before, what do you think will happen when they see the new and improved version of that person?

I want you to understand that your situation is not hopeless. It doesn’t matter if he seems disinterested or even turned off by the breakup, it doesn’t mean that it is not in your power to change things.

READ THIS
Stopping no contact at the right time helps to get back with an ex!

If you want to know how to get him interested in again, I can assure you that if you focus on finding solutions to the issues you were experiencing in the relationship, and if you focus on fixing bad habits, on becoming less needy, or finding better balance in your life so that you don’t neglect your ex, you can really turn your situation around.

We help thousands of people a year to get back together with the person they love, and we don’t have such a high success rate because we coach them to stay the same. We coach them to make concrete, long term improvements that will benefit them for the rest of their lives. The goal is to grow, to evolve, to become the absolute best version of yourself.

I always like to remind my clients that though it might not feel that way right now, a breakup can be the best thing that happens to a couple. It can be the electroshock you need to realize how much you care and what you’re willing to do to save the relationship. On top of that, the improvements you make right now will benefit you for the rest of your life. 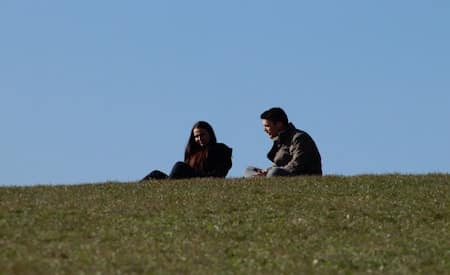 If right now you’re thinking, “I want to figure out how to make him want me again,” I invite you to challenge yourself and use this current situation as fuel in order to make your life into what you’ve always wanted it to be.

Focus of getting physically active or switching up your workout routine to boost your energy and self confidence and get those endorphins flowing . Challenge yourself to find new things to do in your city with the people you have the most fun with!

Fill up your schedule with activities and people that bring you joy, and in doing so, you will begin to see exactly how to get a guy to love you again. It all starts with loving yourself and making your life into something you’re proud of. You want to prioritize your well being and you’ll start to see that you’ll begin attracting people (namely your ex) like moths to a flame.

Remember, I am here to help you from A to Z so don’t hesitate to reach out.