Will She Ever Come Back And Is There Anything I Can Do? 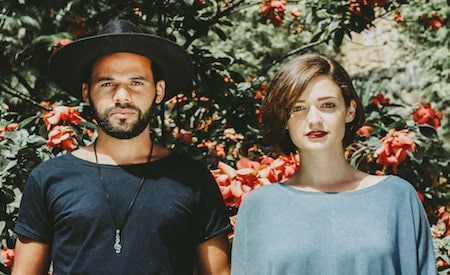 The process of getting an ex back takes time and patience, and there will be ups and downs. There will be times when you begin to wonder if you’re ever going to reach your goal or if you should just throw in the towel and move on. It’s a normal response when something is taking a lot of time, but just because something is challenging, it doesn’t mean that it’s impossible.

Sometimes people hesitate to even try to get their ex girlfriends back because they’re wondering, “Will she ever come back or is this a lost cause?” One thing is for sure – she’s not going to come back if you give up before you even try. You can’t expect an ex to come running back to you if you sit around on the couch feeling sorry for yourself! But I know you already know that. After all, you’re reading this article right now!

Wouldn’t it be great if we could just have a crystal ball and see into the future to see whether or not you’ll succeed in getting her back? Well, what if I told her that what the future holds depends directly on the efforts you’re putting forth in this very moment? You see, it’s up to you to increase the chances of an ex coming back to you. In today’s article, I’m going to go over how to increase the odds of her coming back, and how to tell if she’s starting to consider doing so!

She broke up with me… Will she ever come back?

I’m sure it comes as no news to you that breakups happen for a reason. Sometimes the person who made the decision to pull the plug doesn’t give you all of the details on why they’ve chosen this path, but there are always reasons. Sometimes they’ll choose one main issue and skip over the smaller details in an effort avoid causing you more pain than necessary.

Whether she broke up with you, or you broke up with her, you’re going to have to address the issues that lead to your relationship’s demise. I’m going to expand on this in a moment, but the most important thing to remember is that it is highly unlikely that an ex is going want you back if they see no concrete improvements.


You cannot expect her to come running back into your arms if she broke up with you and you haven’t made any changes since the breakup. Simply put, she doesn’t want to step back into the same relationship with you because you both know how that ended.

She will be back if you’ve successfully inspired her to want to be a part of your life again.

Will she come back after a breakup if I’m the one that ended the relationship?

I’m sure you’ve probably heard people tell you, “If she loves you she will come back,” right? And by now I’m sure you’ve realized that sometimes, love isn’t enough. Like I just said, breakups happen for a reason. Sometimes the love is there but there is another issue (or there are multiple issues) that cast a shadow so large that the love its no longer enough to protect the relationship. 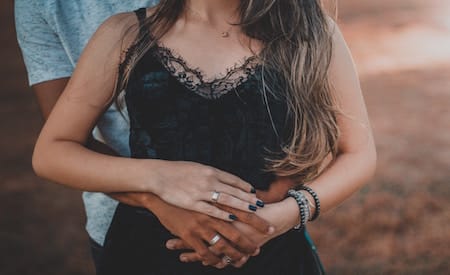 If you broke up with her and regret your decision, it’s important to remember that she’s hurting right now. It’s true that you might have an easier time winning her heart back if she’s not the one that decided to end the relationship, but you can’t expect her to want to be with you again overnight. A breakup is a shock, and it’s a huge blow to the ego. It will also damage the trust between two people, but that doesn’t mean that you can’t bounce back from it and be stronger than ever in the future.

READ THIS
My ex called me. What should I do?!

Again, your ex girlfriend will come back if you can successfully reassure her that you’re proposing an entirely new relationship that is an improvement from your last relationship together.

Will she come back? Here’s how to increase the odds!

So I’ve been saying that you need to inspire your ex if you want her to come back… but how exactly do you do that? Is there something you can say to her that will make her see you in a new way?

Well, unfortunately it isn’t quite as simple as that.

First things first, if you are wondering, “Will she come back,” there’s a pretty good chance that you’ve probably gone out of your way more than once to let her know that you miss her and want to be with her again.

As you’re reading this article right now, it seems that didn’t work. If you haven’t heard of it yet, let me introduce you to one of the most powerful techniques for getting an ex back: The No Contact Rule.

This is one of the most potent ones because it gives your ex the opportunity to miss you, but it also allows you to bounce back and become a new and improved version of yourself. If you’re unfamiliar with this technique, click the link and you’ll find out everything you need to know.

I know the main question on your mind right now is, “Will she ever come back after dumping me,” or “Is the damage done and have I lost her forever?” But don’t let negative thoughts take over.

You just need to get in control of the situation by pinpointing what was going wrong in the relationship and work on coming up with concrete solutions. Start working on restoring your self confidence so that you remember what you bring to the table. Work on pursuing personal and professional goals so that you can start shaping your life into what you’ve always wanted it to be. It’s not uncommon for people to lose track of their own lives once they get into relationships, simply because they prioritize their partner over all else.

It’s so important to keep balance and maintain elements in your own personal life that bring you joy.

The next step is to introduce new types of activities into your life. Think about rock climbing, learning a new language, discovering new towns, surfing, remodeling a part of your house… Make sure you’re busy having fun with people that bring you joy, and always think of how you can introduce new elements to your life.

Little by little your ex is going to notice that you are no longer at her beck and call, and her interest will be peaked, she’ll reach out to you, but you are not to answer her during the no contact period. This will make her want to get your attention even more, and as time goes on a seed of doubt will be planted. 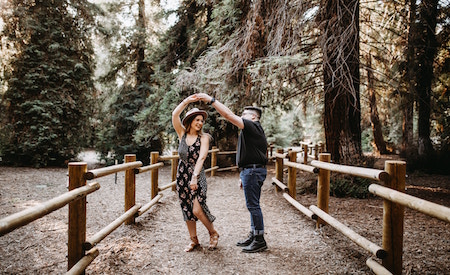 How come your life looks so fun and exciting now? How come you look so great without her? She was expecting you to be moping around feeling blue, but it seems that you’re living a fantastic life now… In fact, wouldn’t it be great to be a part of it? She’ll start to wonder if perhaps she made a mistake in letting you go. It’s up to you to solidify that fear by continually becoming a better version of yourself.

READ THIS
How To Make Him Regret Taking You For Granted

Before you know it, you’ll be reminding her of the man she fell in love with in the first place, and the fact that you’ve become a new and improved version of him will make you irresistible.

So, how can you tell that your efforts are working and she’s considering coming back to you?

So, what are the signs that your efforts have been having the desired effect?

• Your ex girlfriend makes an effort to stay close to you

A big sign that an ex will come back is when they go out of their way to remain close to you. They’re coming to you for advice about things that they could ask literally anyone else about… They make excuses to be in touch with you.

• You sense a lot of nostalgia in her

Think about whether or not she keeps talking about the past and positive memories to you. After a breakup, we all experience a period when positive and loving memories surge up and outweigh the bad ones associated with the breakup.

By bringing up happy memories, your ex girlfriend might be subliminally trying to convince you that your relationship still has a chance, and that you could be happy together.

• She asks people about you

• Your ex is making sure you know that she’s changed

Earlier in this article, I was talking about how important it is to make concrete changes when you want to get back together with someone. You have to pinpoint what went wrong and come up with tangible solutions so that you don’t end up going down the same road again in the future.

• She sees that you’ve changed

Following in line with my previous point, your ex girlfriend is realizing that you’ve made the necessary changes as well. It’s now clear to her that you’ve understood what needed to be improved and you took action!

As always, if you have any questions at all, please don’t hesitate to leave them in the comments section below. If you aren’t seeing as many signs she wants you back as you would like, just get in touch with a member of our team here, and we’d be happy to guide you straight to your goal!

Your coach when you’re wondering “Will she come back?”