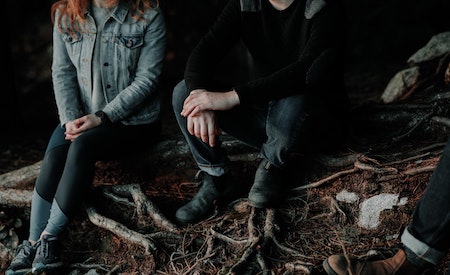 As if the breakup wasn’t hard enough on you, now you’re having to face mixed emotions. At one point, you thought that you had lost your ex for good, but then you two started to get close again. Now your ex is telling you that he needs some time. What does it all mean? Is it a good thing or a bad thing when a guy says he needs time to think after you’ve already broken up? Is there anything you can do to shift the odds in your favor and convince him to get back together?

In today’s article I am going to go over what it means when a guy says he needs time to think things over and what exactly you should do if you want to increase the odds of him coming back to you. The period following a breakup can be very hard, for both people involved, so it’s going to be important to avoid letting your emotions make you make mistakes!

If you can handle this period well, the odds of your ex realizing that you’re the one he wants to be with are going to be greatly increased. Understanding what’s going on in his mind right now will help clarify things for you, and it will be easier to plan an appropriate plan of action. So without further ado, let’s dive right in!

What does it mean when a guy wants space and time to think?

When you first hear those words it can be very scary. Why does he want to get away from me? Why does he need space? Am I losing him for good?

Breakups can conjure up complex emotions. A lot of times, people think it’s only hard on the person who got broken up with but the truth is that breakups cause serious pain to both people involved. It doesn’t matter who made the decision the end the relationship, the hurt, doubts, fears, and heartbreak affect both people.

When you’ve spent time building a relationship together, the emotions involved don’t just disappear overnight. Right now, your ex is trying to work through the whirlwind of emotions that he’s currently experiencing. When a guy says he needs time to himself, there can be a variety of things at play.

Whatever the reason for the breakup might be, a person’s self esteem takes a huge hit. Maybe you are the one who decided to pull the plug on the relationship, or maybe it was your ex, but both of you are going to have to work through these emotions.

People sometimes assume that the person who decides to end the relationship doesn’t ever have to struggle with self esteem issues stemming from this sequence of events. Contrary to what you might believe, your ex might be struggling with lack of self confidence right now – even if he is the one that broke up with you.

When a person’s self esteem is down in the dumps, they need space. If you aren’t feeling whole, how are you going to give to another person, especially when you’re already dealing with the pain that comes with a breakup? You might be panicking right now because you’re thinking, “My ex boyfriend wants space,” but often times that’s the best remedy for the negativity that he’s feeling right now.

Trying to force him to be close to you right now isn’t going to do much to improve the situation.

An interesting characteristic that the majority of men have is that they do not feel like they are able to feel confident in a relationship until they have certain elements in order in their personal lives.

For example, when a man is deeply dissatisfied with his work, his financial situation, his home situation, or if any elements feel like they’re out of order in his personal life, it’s not uncommon for him to feel like he doesn’t have enough to offer and therefore should not be in a relationship at this time.

Sometimes a guy will be feeling so bad within himself that he doesn’t even want to be around himself – let alone around another person.

Another reason why you might be thinking, “My ex boyfriend wants space” is that he trying to keep his options open. I know that this is something no one wants to hear, but it’s important to pay attention to all possibilities.

There is no sense in turning a blind eye to things that could have a big impact on your future. Sometimes people do this without even realizing. He’ll keep you close, but when he starts to feel that you’re getting too close, he’ll push you away by saying he wants space and time. It’s unfair to you because you’re basically being pushed and pulled. Beware of any type of manipulative behavior in your ex. 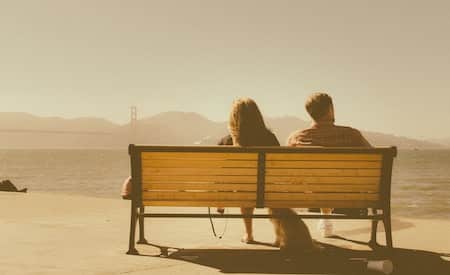 When he says he needs space, another reason might be that he’s struggling with an inner battle of the heart vs the mind. This happens when his feelings for you are still strong, but he’s seen that your relationship ended in a breakup so he feels like he needs to stay away. It’s hard to stay away from you because he cares, but at the same time he feels like he should.

He ends up feeling like he wants to be alone because it makes it easier to sort out his feelings. Think about it, it’s hard to figure out what to do about a situation when you’re in the thick of it all the time. Allowing him the space he needs to sort through his emotions, while giving him reason to gravitate back towards you are key… So, what do you do when a guy needs time to think?

When a guy says he needs time to think, here’s what to do!

The absolute most important thing you can do right now is very simple. Give him space, and give him time!

The worst thing you could do would be to suffocate him and make him feel pressured to be around you. There is nothing more counterproductive. The more you pressure him, the more space he’s going to want. The best way to handle the situation is to give him space, and be fun and positive when you do interact.

He doesn’t want to talk about problems or negative things that have happened with you right now, and you want him to associate you with positivity. Instead of bringing him down or stressing him out, you want to be a breathe of fresh air for him.

Avoid bringing up issues and offering suggestions on how he should handle it. He doesn’t need to you mother him or to act like his therapist. I know that when you love someone you want to nurture them, but there is a time and a place for everything. Right now, your goal should be to remain positive and upbeat, while giving him reason to want to get closer to you!

Don’t do anything that makes you look desperate when says he needs time to himself! Avoid begging, pleading, asking him to spend time with you, or blowing up his phone 24/7.

The key is to get yourself busy with things that benefit you.

For example, spend time with your friends and family members that make you happy and make you laugh. Start trying out new activities like rock climbing or salsa classes.

Pick up old hobbies, take classes, set out to try new restaurants and bars with your girlfriends, give yourself new challenges like learning French or a martial art, focus on your personal and professional goals… The list can go on and on, but just think about how you can introduce new things into your life.

Not only will you be distracting yourself from the fact that he needs time, you’ll be improving your own life. This will reinforce your self confidence, and it will spark his interest.

Instead of moping around feeling sorry for yourself, you’re grabbing life by the horns and living an exciting life that he’s going to want to be a part of! So don’t hesitate to post pictures on social media of all the fun you’re having… Trust me, you’re going to grab his attention and he will want to get closer to you!

Your coach when a guy says he needs time to think