Hooking up with an ex: Good or bad idea? 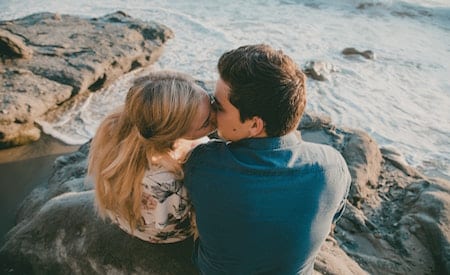 While people are working on getting back together with their ex, one of the most common questions I am asked is, “It hooking up with an ex a good idea?” People often assume that if you’re trying to get back together with someone, then sleeping with them is a fantastic way to seal the deal. Unfortunately, it isn’t quite that easy. There are certain circumstances in which it is a good idea to have sex with your ex, and I will go over this a little further down, but in the majority of cases it could be detrimental to your attempt at getting back together.

As an expert in love and relationships, I have worked with thousands of men and women who wanted to get back together with their exes. Throughout all the years that I’ve been doing this, I have seen what techniques work fantastically, and what types of things can throw you off course.

In today’s article, I am going to go over why hooking up with an ex isn’t the ideal way to make them want to be your partner again, and what you can do instead. There are exceptions to the rule and I will go over them, but our goal is to set you on the path towards success so that you can get back together with the one you love and build a relationship that is better than ever before!

What happens when you’re hooking up with an ex

One of my clients called me up yesterday to let me know that her ex boyfriend had finally come back around. We had been working together on getting him back, and she was feeling pretty pessimistic about the whole thing. She kept saying, “I doubt he’ll ever come back.. I don’t think I’m going to be able to make this work.” I always said to her that he would, and that it was just a matter of time. Not to toot my own horn, but he finally did come back after three weeks. He told her that he was afraid that he had made the biggest mistake of his life, that he had lost her, and that he missed her.

It was like music to her ears. The next day, they ended up sleeping together again. The problem was that after that happened, he dropped off the face of the earth.

So she called me up. What gives? How come he’s disappeared again? Was hooking up with her ex boyfriend a bad idea?

Well, she had succeeded in planting a seed of doubt in her ex’s mind. He didn’t want to lose her and he was starting to get worried. The result was that he swallowed his pride and came back to her. The problem was that he had become vulnerable and was seeking reassurance (which is good), but then she showed him that she was still 100% available for him (which is bad). Unwittingly, she made it very easy for him to rest assured that she’s still at his beck and call if he ever feels like getting close to her, so he felt no need to go out of his way to pursue her.

By sleeping with him, she truncated all the seduction and sexual tension that is to be built while reestablishing complicity with the person she loves.
READ THIS
Heartbreak pain: Healing and bouncing back

Now, when it comes to getting back together, yes, at some point you’re going to be hooking up with your ex. It’s up to you to be careful with the timeline. If you sleep with your ex boyfriend or girlfriend too early on, it will undermine your efforts.

You’re probably wondering how to tell if it’s too early… Well, the answer is really quite simple. When you begin feeling like the opportunity to sleep together might present itself, ask yourself one very simple question.

“What has my ex learned from the breakup?”

Sure, he or she might come to you saying they miss you, they love you, they’re scared of losing you, etc, but what lessons have they taken from the breakup and what have they actually done about it? What concrete changes, improvements, and actions do you see from them?

If you realize that you’re just getting words and no actions, it’s not time to sleep with him or her just yet. You see, you have to give yourself a very high value and your ex will then be forced to value you as well. Instead of focusing on how to hook up with your ex girlfriend or boyfriend, focus on making him or her want to spend more time with you.

Ideally, you should use one of the powerful tools for getting an ex back like the No Contact Rule. This allows you to do some personal development, it allows you to learn and grow from the breakup, all while making your ex miss you and want to be with you more. The point of all of this is to make your ex realize that you are not at their beck and call and that you are worth making the effort to get closer to you. 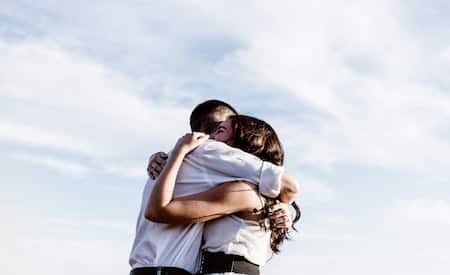 If you hand everything to someone on a silver platter, it becomes so easy for them to take you for granted. There’s no challenge, there’s no investment, and there’s nothing to work up to.

So many people come to me saying, “I had sex with my ex and I thought we were getting back together, but we aren’t… What do I do?!”

It’s not uncommon for two exes to sleep together and then fall into a sort of friends with benefits type situation, which is quite hard to get out of… Don’t let yourself be manipulated when you’re feeling vulnerable.

Hooking up with an ex to get back together: Should you try it?

There is one situation in which hooking up with an ex would get you closer to your goal… but in the majority of cases it would be detrimental simply because it can redefine your relationship. Many times, when an ex comes back and sleeps with you, it can break your spirit. When they pull away again, you’re confronted with the pain of rejection, disappointment, doubt, and heartache all over again. If you’re going to sleep with your ex, you have to make sure that they see you as the prize and that they’re committed.

I know that people often think that if they can get to have sex with someone, then they can have the rest of them too. Unfortunately, the mind and the heart don’t automatically invest like that. Sex can actually be a gateway to a lot more problems. Like I said, It can actually redefine your relationship. Sleeping with someone isn’t going to magically erase all the problems that lead to the breakup in the first place.

READ THIS
Stopping no contact at the right time helps to get back with an ex!

If the goal is really to get them back and rebuild a solid foundation with them, sleeping with your ex can really muddy the waters. It shows your ex that you can have sex with them, without them having to step up and commit to you.

They can have the physical pleasures of the relationship, without the emotional consistency, without having to invest their brain and their heart into it. This new type of relationship between you can become the new permanent, and it’s very hard to get out of it and make it into something different.

Hooking up after a breakup, can really open a can of worms. It is likely that you’ll want your ex to commit, and they might be thinking that it’s just casual sex between you now. You can get hurt, but then your ex can get hurt too. They might feel awful for having hurt you, for not having realized that you wanted more from them and now they’ve gone too far…

It’s a huge risk to take.

The one situation in which hooking up with an ex would benefit you is when he or she is in a rebound relationship. They are not going to be able to establish a solid relationship with someone new if they have a connection with you, their ex girlfriend or boyfriend. 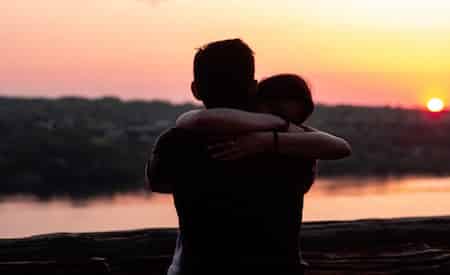 The one thing I want you to keep in mind however, is that sex CANNOT be the only thing going on between you. You need to be able to rebuild the complicity, the trust, the fun, the joy, and the desire to spend more time together. Focus on having fun outdoors as well.

You want to inspire your ex to want to spend more time with you. You can’t just be a booty call! It’s important to pay attention to how exactly you present yourself to your ex. They have to be able to take you seriously and consider you as being someone that they can have a serious relationship with. This means that you have to do the work to become the new and improved version of yourself who learned from the breakup and used it as fuel to become better.

As each situation is unique and these are murky waters to navigate, please don’t hesitate to leave your question in the comments section below, or get in touch with me or one of the members of my team directly right here. It would be our pleasure to respond to you and help you reach your goal as quickly as possible!