How Come My Ex Is Sending Mixed Signals? 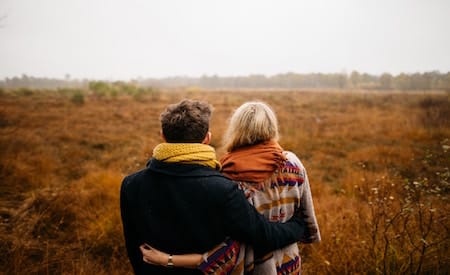 When you want an ex back, there is nothing more frustrating and getting mixed signals. You feel like your ex doesn’t know what they want and you don’t know how to adjust your plan of action. Their behavior keeps changing so how are you supposed to keep track? And why exactly are they sending mixed signals? Is there anything you can even do about it?

Getting a better idea of why your ex is acting like this can help you to adjust your action plan accordingly. I wanted to write this article today to explain what’s on your ex’s mind and how you can clarify things for them. You don’t want this period to persist and you most certainly don’t want to feel like your ex is toying with your emotions.

So let’s take a look at what’s going on and what you can do about it!

Why is my ex sending mixed signals?

When a person is sending mixed signals, it’s because they don’t know what they want.

It’s not uncommon for a person in your position to feel tired and frustrated – especially if this has been going on for a long time.


So why is your ex sitting on the fence with you? Well, breakups are hard on both parties involved – not just the person who got broken up with. Many people think that the person who had no say in it hurts more, but the person who chose to end the relationship had to make a very hard decision that can give rise to doubts and even a blow to the ego. Your ex might be hard on themselves right now because they know they’ve hurt you, or they might be trying to protect themselves because they don’t want to feel any more pain.

That said, emotions are intense and they run high after breakups. The love that exists between two people doesn’t automatically disappear from one day to the next just because they chose to end the relationship.

Your ex might be sending you mixed signals simply because their mind is telling them that they should distance themselves from you but their heart is telling them otherwise. It could be as simple as a classic case of Heart vs Head.

The problem of course is that that leaves you hurt and confused. You want to be with this person and all this pushing and pulling is just making you feel worse.

READ THIS
The main reasons your ex won't talk to you & what to do!

Sometimes it actually comes from a more selfish place in your ex. Many people want to have their cake and eat it too, in that they want to keep you close but still keep their options open with other people.

Fortunately, when you have a girl or a guy sending mixed signals, there is a very simple remedy.

In the majority of the cases I come across in which a person tells me. “My ex is sending mixed signals,” I notice that my client is a bit too present in their ex’s life. In an effort to prove to their ex that they can be happy together and that they should be together, they’re always around and they’re always at their ex’s beck and call. 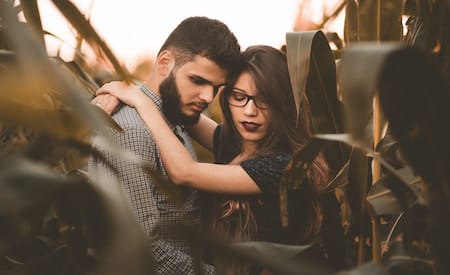 Truth be told, this makes it painfully easy for the ex to take this person for granted.

So, if you are reading this today because you’re thinking, “I don’t know what to do because she or he is sending me mixed signals,” you’re going to have to shift the power play. Right now your ex feels like he or she can push you away and reel you back in, and it’s a form of manipulation.

Of course this might be completely subconscious, but it still makes you feel awful. So what do we do about it?

First of all, you’re going to have to put more focus on your own life, your own goals, your own friends, your own projects, etc. Chances are that you’ve been giving your ex quite a bit of attention, and might have even placed him or her on a pedestal.

Depending on your situation, and please don’t hesitate to click here for more info, the no contact rule could be the perfect solution. This technique is used to give your ex a wake up call. When you disappear out of their life (even though you know that it’s only temporary) you’re going to make them start thinking about you more and more. They’ll start to miss you, and if you use this tool properly and make your life begin to look really enticing, your ex is going to want to get closer to you.

Interestingly enough, a person is going to want you back when they begin fearing losing you forever. The moment your ex begins to think that you’re slipping through their fingers but they want to be a part of your life, they will start to realize that they don’t want to lose you. The result will be that they’ll get off their fence and get over their indecision.

A person that leads you on doesn’t feel the urge to invest. They don’t feel like there is anything they stand to lose, so they allow themselves to give you mixed messages. As I said above, many people don’t realize that they’re doing this.

One of my clients came to me because she was trying to get her ex back but he sends mixed signals. He kept telling her that she’s the love of his life and that he wants to have children with her, but that he needs his independence. Simply put, he gives mixed signals because he doesn’t want to commit to her but he also doesn’t want to let her go.

It’s not fair at all, and she wants to know what she can do about this.

In her situation, we opted for a version of the no contact rule, where she would no longer initiate contact. The first thing she needed to do was to put space between them. She would no longer be available to answer all of his calls, she would take her time in answering his texts (if she answered them at all), she would not longer go out of her way to see him, and she most certainly wouldn’t change pre-exising plans she had to accommodate him. 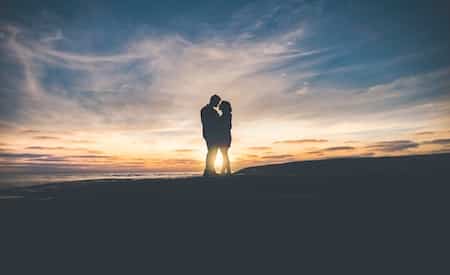 She would start getting busy with other aspects of her life and fill up her schedule with people and activities that brought her joy. Both she and her ex needed to realize that her world does not revolve around him. She did not need him to be happy.

Once he saw how happy she was becoming and how she clearly wasn’t focusing her energy on him anymore, he started to realize that he was losing her. He began to recognize his mistake.

The more she began to become unavailable to him, the more he went out of his way to get close to her.

So you see, the key is in pulling away so that you give your ex a wakeup call.

As each situation is complex, please don’t hesitate to leave any questions you might have in the comments section below and it would be our pleasure to get back to you!

Your coach for understanding mixed signals