Why is my ex playing with my emotions and what can I do about it? 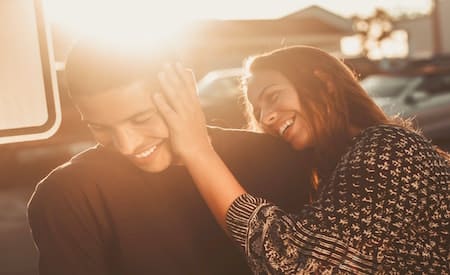 The process of getting back together with an ex is no easy feat, and it’s going to require time and patience. That means that there will be ups and downs, and many people experience periods during which their exes exhibit a lot of hot and cold behavior. It can be extremely confusing because at one point, you think that things are going well and you’re getting closer to your goal, and then before you know it, your ex suddenly turns into a big, mean block of ice.

So what’s going on? Why are you in a situation that has you thinking, “My ex is playing with my emotions” and is there anything you can do about it? What’s going on in your ex’s mind and what’s the best way to turn things around?

If only we could see into your ex’s mind, right? Well, in this article you’re going to learn some of the most common

Why does my ex play games with my emotions?

When you have someone playing with emotions, they might be doing it on purpose, but it might also be subconscious.

Sometimes the reason is as simple as the fact that a person is trying to work through their emotions. They still feel something for you, but for some reason, they don’t feel that they should allow themselves to get too close to you.

When their positive emotions for you swell, they’ll be warm and affectionate towards you. They’ll make you feel loved and wanted, and it can fill you with hope for a happy future together.

Unfortunately, when the negative emotions swell, they’re overwhelmed with negative memories associated with the reasons behind your break up, and their walls will shoot back up. I often have people coming to me for help in these types of situations. Just last week I had a client, Jackie, who wrote to me saying,

“I don’t really understand the situation with my ex. I want him back, and sometimes I feel like he wants the same thing, but then he’ll go right back to being cold and distant. I feel like I’m on an emotional roller coaster and I don’t know how to get back on solid ground with him. I want him to stop playing with my emotions and I want him to understand that we could be so happy together if he gave it a chance.”

So many people, and maybe you as well, find themselves in this type of situation after a breakup. It’s all so confusing and you feel like you’re being toyed with. It’s hard to navigate because all you want is to patch things back up, but you feel like you can’t keep up with your ex’s mood swings!

READ THIS
Reuniting with an ex: The right way to do it!

But that’s not the only reason when someone plays with your emotions. Unfortunately, sometimes it comes from a more malicious place, and your ex is playing with you out of spite or pride. Perhaps the breakup left him or her with a badly broken heart, and they want to give you a taste of your own medicine.

They’ve found a way to reel you back in and then reject you, so that you know how it feels. Similarly, people often say that there is a “winner” and a “loser” after a breakup. The winner is the one that is better off without the relationship, and happier in his or her life as a result of being liberated. The loser, on the other hand, is the one who got their heart broken and is left feeling awful.

Obviously, no one wants to be the loser. Your ex might actually be toying with you simply out of pride. They want to know that you still want them and can be vulnerable. They want to be in a position of power, and they might be playing with you for this exact reason.

Your ex boyfriend or girlfriend might also be playing with your emotions because they want to keep you as an option. They don’t want to commit to you, but they don’t want to lose the chance to be with you if they feel like it later on. It’s selfish, but it’s a very common thing that I see.

You might see signs he or she is emotionally attached to you, but at the moment it’s not enough for your ex to say, “OK, this is the only one I want to be with!” It can also be because your ex doesn’t want to see you move on with someone else. They want to make sure you’re still available, but they push you away when they’re reassured that you are.

So this bring us to the solution…

What to do when my ex is playing with my emotions

The very first thing you’ve got to do in this situation is to put some space between you. I stumbled across a quote that I liked quite a bit recently:

“Be careful with how much you tolerate, because you’re teaching people how to treat you.”

The ideal tool when your ex is playing with your emotion is the No Contact Rule. For three weeks to three months, you cut contact entirely with your ex. No texts, no calls, no emails, no Instagram likes, no Facebook pokes (does anyone still do that actually?), no “accidentally” running into them in places you know they’re likely to be, and no replying to their attempts at contacting you!

I know that this might sound scary because you’re worried that your ex is just going to disappear into thin air, but trust me, that’s not how it works.

Up until now, your ex has been getting away with playing on emotions because you’ve been available to them. Unfortunately, it’s been a bit too easy for them to take you for granted.

Now, the tables need to turn and you are going to have to give him or her an electroshock. You are not there at their beck and call, and they are not the center of your universe.

By getting busy with people and activities that bring you joy, you will have less and less time for your ex, and you can bet that they will take notice. Make sure that you post pictures of all the fun things you’ve been doing on your social media profiles. 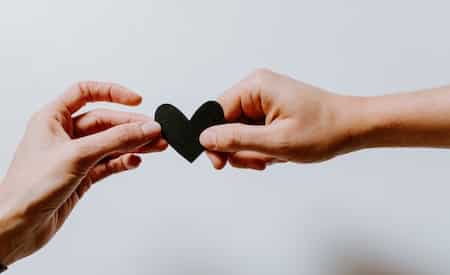 Even if you aren’t connected with your ex anymore on Facebook or Instagram, word will travel through mutual friends and it is highly likely that your ex will browse your profile one day.

You just need to spark their curiosity, and make sure that you are living an enticing life that would inspire someone to want to be a part of. While you’re using no contact, it’s imperative that you do everything in your power to make your life be what you’ve always wanted it to be.

Think about hobbies you’d like to pick back up, new things you’d like to try, places you’d like to visit, and fun events in your city that you can check out with your friends. Fill up your schedule, and you’ll find that it’s much easier to fight the temptation to reach out to your ex.

When someone plays with your emotions, channel your energy into reaching personal and professional goals. Now is the time to put yourself first and make it clear that you aren’t going to let another person toy with your emotions. You bring quite a bit to the table, and your ex is going to have to understand that they run the risk of losing you for good if they don’t stop messing around.

Giving someone an electroshock like this is often the catalyst for longterm improvements in situations like these.

For more in depth information on how to get your ex back, right this way!

I sincerely wish you all the best in life and love,

Your coach when your ex is playing with your emotions