I Lost Him And I Don’t Know What To Do 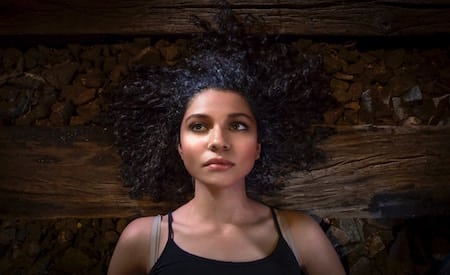 As a coach specialized in love and relationships, namely getting getting people back together, I often have people coming to me for help when they feel that all hope is lost. Sometimes it’s right after a breakup, and sometimes it’s after they’ve tried all kinds of different ways of getting their ex back.

When we are devastated by a breakup, it’s not uncommon for us to panic and do things that end up making matters worse without realizing it. When you’re thinking, “I lost him forever,” the wave of emotions you feel can make it very hard to see clearly. You don’t know how you can get him back, you don’t know what to do now, and it’s hard to gage how you should act around him at this point.

Fortunately, you’ve found an article that is going to help you take a step back and put things in perspective… This might not actually be the end, but if you want him back, you’re going to have to get in control of the situation. So let’s take a look at how you can do that!

I lost him and he said he’s never coming back. Is that true?

A lot can be said in the heat of the moment. Perhaps you and your ex had been fighting and tension was rising between you when he told you that it was over. We get carried away and we say things we don’t mean when we are upset.

Oftentimes, a person will come to me saying, “I lost him” because she panicked when they broke up and did some things that made him want to put space between them. Common mistakes are things like calling him incessantly, begging and pleading to be taken back, stalking him, or even threatening him with blackmail. There is no better way to make a man go running for the hills than to do these types of things.

They make him feel suffocated and pressured, and the fact that you’ve already broken up makes it even easier for him to say that he’s gone forever.


I had one client recently write to me saying,

“I could really use your help. My boyfriend and I broke up and I think it’s because he didn’t feel like he had any space. I have a bad habit of wanting to spend all my time with my boyfriend and I know that for guys, that can be a little heavy.

The thing is that we had been together for so long that I don’t even know how I could make him believe that I can change now. I’ve told him so many times that I’m willing to do what it takes, but I really do think I lost him for good and it’s killing me. I know it’s my fault. Do you have any way for me to make it right and get him back?”

Jessica is experiencing a very common problem. A lot of guys end up feeling more and more suffocated in the relationship until one day they decided to pull the plug on the enter thing. As I told her, you can try and try to tell him that you’re going to change but at the end of the day, actions speak louder than words.

READ THIS
Does Silence Make A Man Miss You? Here’s The Answer…

There is always a reason behind a breakup, and right now this is what is most fresh in your ex’s mind. He might even be thinking, “I lost who I am in this relationship and I need a change.”

Right now, he’s feeling a wide range of emotions from hurt, frustration and disappointments, to sadness and maybe even doubts about his decision to leave. We all experience negative emotions following a breakup, whether we are the ones who ended the relationship or not, but I want you to keep in mind that more often than not, a wave of nostalgia makes an appearance as well. It is up to you to be prepared when this happens.

If you are, you can turn things around and instead of feeling you lost him, you’ll start realizing that he’s started trying to get closer to you again.

Ex boyfriend is distant and stressed: Here’s how to make him want you again

Whatever the reason might be behind your breakup, you might actually lose him forever if you make him feel pressured or suffocated right now. Your ex is working through his own emotions and he needs space. I know that the idea of giving someone space can be very scary.

You’re worried that if you take a step back you’ll actually lose any chance you still had with him, but that’s not how it works. The more present you are right now, the less likely it will be that your ex will miss you and remember the good times you shared while you were still happy together.

That is why one of the absolute best tools for getting an ex back is the No Contact Rule. It is especially powerful when things had gotten a bit messy between you towards the end. If you aren’t familiar with this technique, it consists of cutting contact entirely with your ex boyfriend for a predetermined period of time.

The timeline depends on how your breakup occurred, so I encourage you to click the link for more in depth information or to get in touch with one of us directly right here. We can help you to design the perfect plan of action tailor made to your specific situation. 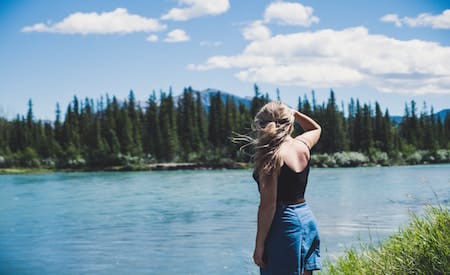 During this period you don’t call, text, email, Facebook message, DM, or even try to run into your ex in public. This technique is also referred to as Radio Silence, and it’s important that you stick with it.

A version of this tool can also be used when a person is wondering, “Is he pulling away or not interested?”

When you’re using NC, it’s crucial that you begin working on yourself. The goal is to become the best version of yourself by thinking about what things you can improve in your life. Think about what hobbies you lost track of while being in the relationship.

What activities have you always wanted to try? Have you stopped working towards your personal and/or professional goals? Did you stop spending time with your friends and family? Did you let yourself fall into a monotonous routine?

READ THIS
My ex thinks of me as a friend!

Think about how you can fill up your time with people and activities that make you feel happy. Introduce new things in all aspects of your life. Get a group of friends together and start trying out new bars and restaurants that have opened in your city.

Spend time in nature. Go for runs or become more active at the gym. Try something new like yoga or surfing. Take a weekend trip with your sister. Be open to meeting new friends. Get so busy with fun activities that you won’t even have time for thoughts like “I lost him forever!”

Using NC when my ex boyfriend distances himself from me

While you are working hard on making your life into what you’ve always wanted it to be, something interesting is going to start happening with your ex. You’ll start posting pictures of all the fun you’ve been having, it will be visible that you’ve become more physically active, and your genuine smile will be nothing short of magnetic… You’ll start getting tagged in pictures where it is clear that you’re enjoying life instead of moping around at home feeling sorry for yourself.

Your ex’s attention will be sparked. He’ll start thinking, “Wait I thought she was just miserable at home, miserable about the breakup. She looks so happy and she’s having so much fun…”

A little seed of doubt will be planted in his mind. How come you’re having so much fun without him? You look so good and so radiant… It must be so fun to hang out with you. Do you not want him anymore? 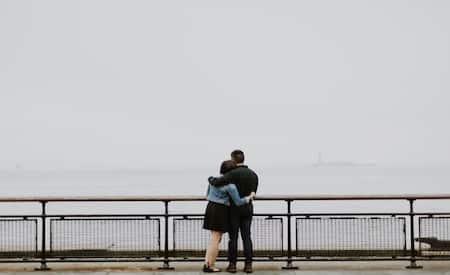 He’ll start to realize that he could have been the one sharing all these moments with you but instead he chose to bow out. He’ll start to wonder if perhaps he made a mistake… After all, you’ll be reminding him of the girl he fell in love with at the beginning of your relationship, and now you’re a new and improved version of her.

You know, a lot of people don’t realize how beneficial a breakup can actually be.

Yes, you read that right. Sometimes a breakup is a great thing!

They can serve as wake up calls for both people involved. They highlight what wasn’t right and they can be the catalyst for positive change both in terms of a person’s personal life and in terms of the relationship. So many people come back and tell me that the breakup was actually the best thing that could have happened to them! It allowed them to set their relationship on a new path, and become stronger than ever.

For more information on how to get your ex back, right this way!

Your coach when you think “I lost him”