I smothered my ex and we broke up, what do I do? 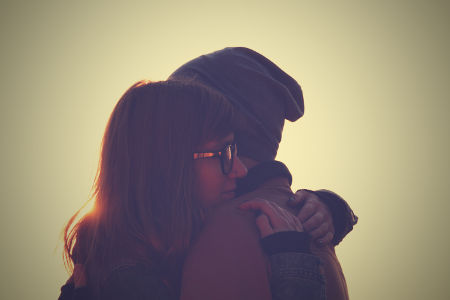 When you’re in a relationship, when you’re head over heels in love, and when you want nothing more than to dive into this relationship, you tend to develop some bad habits.

This is exactly what lead to the break up and it’s what brought you to my site today. You’ve understood what you did wrong but unfortunately it’s a little too late. Most people realize their mistake after they see the consequences and don’t know how to fix it.

One of the most common problems I encounter when I’m coaching people is when a person didn’t give their partner space. This behavior can be considered invasive and is what lead to the breakup.

Your intentions however weren’t bad, and you didn’t think that you were doing anything wrong, but your ex didn’t feel the same way and now that you’ve put things into perspective, you see that maybe they were right. That said, none of this means that the damage is permanent!

When you’re thinking, “I smothered my ex,” you often feel hopeless and you lose a lot of your self-confidence, which in turn makes it hard to move forward. This brings about a sort of roadblock when you have to show your partner that you’ve changed, and it also shows that you’ve experienced emotional dependence.

You’re going to have to fight this off and show yourself to your ex in a brand new light, so you’ll need to adopt a good plan of action.

Suffocating an ex: one of the most common mistakes

If you think that you’re the only person in this situation, you should know that it is in fact very common and that each day men and women go through breakups because the relationship had gone from a source of happiness to something that felt a little more like prison.

If you are saying “I smothered by ex today, it’s because the person you had been with ended up feeling suffocated.

Despite thinking that the constant flow of sweet messages was a good thing, your partner didn’t quite agree. In truth, calling your ex every night and spending hours on the phone, or spending all of your free time together can make a person feel very frustrated and can make them begin to yearn for freedom.

When a person is in a relationship, they tend to neglect certain friends and family members. It’s of course understandable in the first few weeks as you’ve met someone new and you want to spend all your time discovering them. You don’t hesitate before canceling plans with your loved ones…

READ THIS
My ex is jealous. What does this mean for me?

No one can blame you because everyone knows how incredible the first weeks with someone are. However, if this situation persists, it could end up being a problem.

It’s important to let your partner breathe and to make sure you have your own space as well. You’ve got to be able to put a little space between you and your relationship so that you can stay true to yourself and the things you love to do, to maintain your circle of friends, and to want the same for your partner! Preserving your own secret garden is not a bad thing.

I know that you might be thinking, “Ok, it’s a little too late for this advice now,” but this isn’t the case because a lot of people think that they’re just going to get their ex back by sitting back and waiting for things to mend themselves.

I smothered my ex: How should I act now?

When you’ve realized, “I smothered my ex,” it means that you’ve understood what you did wrong and this is the first step towards change. So you’re on the right track! By the way, here are some more tips on how to act after a breakup that happened because you had suffocated your partner.

Generally speaking, people in this situation tend to feel a lot of guilt that they want to make up for, especially when they want their ex back. This is completely normal, but you’re going to have to show your ex that you’ve made improvements and that you’ve made these changes for the long run!

To do so you’re going to have to continue showing your ex that you’ve evolved over the course of at least a few weeks… and get to it as soon as possible! For now, you can’t show them much yet because nothing has changed yet. So, focus on having the right attitude before you start setting into motion your plan of action.

If we were to summarize the next step, it would simply be: Bring about change immediately!

Smothering your ex reveals a deep need for affection, but it also shows that your self-confidence is not as high as it should be. In order to fix this you should work on your social life and your ex will undoubtedly notice. You can use social media to show that you’re on the right track and that you’re trying new things!

READ THIS
My Ex Said He Never Loved Me

Trips, amazing nights out, new activities, new passions… By making your life more attractive you’ll avoid falling into the same thing, and if you want to get your ex back you will are going to have to make sure you no longer act the way you used to. You have to be yourself, but a new and improved version!

After smothering your ex you have to change for good

It’s crucial to never only change because you want your ex back and to end up making the same mistakes again in the future after you get them back.

This might sound obvious to you but it is such a common mistake that I see. After just a few weeks, the bad habits return and unsurprisingly, a second breakup takes place. It’s even harder to get close to your ex again after things like this happen because your ex can lose faith in you and your changes again.

This is why these actions shouldn’t be for anyone but yourself! You want to improve your behavior, the way you love, and you want to ensure that you can form a solid relationship, so you need a long-term transformation.

It’s important to plan a future with your significant other but if you want to be fulfilled and as happy as you can be you have to make an effort to properly correspond to their needs and expectations and to avoid conflicts.

Even if I know this is easier said than done, you have to accept the fact that you must no longer breathe down your partner’s neck, and focus instead on yourself and making your life the way you want it to be.

The coach when you’re realized, “I’ve smothered my ex”